The Reagan administration inadvertently created Al Qaeda by arming the Afghan mujahedeen in the 1980s, then George W. Bush’s Iraq War gave rise to ISIS. So, one might draw a lesson about overusing military force abroad, says Ivan Eland.

The mass shooting in Orlando, Florida at a gay nightclub, by a man pledging a seemingly last-minute allegiance to the ISIS terror group, leads to questions about whether the U.S. government has been adequately protecting its citizens.

Going back in time, the U.S. government inadvertently created Al Qaeda by encouraging, funding, and arming radical Islamist fighters against the Soviet Union in faraway Afghanistan during the 1980s. After the 9/11 attacks by that group, the U.S. government, by conducting an unrelated invasion of Iraq, then unintentionally created an even more brutal group called Al Qaeda in Iraq, which pledged allegiance to the main Al Qaeda group in Pakistan, and eventually morphed into the even more vicious ISIS. ISIS then took over large parts of Iraq and Syria, but began to attack Western targets only after a U.S.-led coalition began bombing the group in those countries.

Directly planned attacks by ISIS have occurred in Europe, but ISIS has had problems recruiting people in the United States to go to Syria for military training and return to the United States to attack, because its Muslim community has not been radicalized. Thus, the group has had to rely often on spontaneous and crude — but nevertheless sometimes deadly — attacks by relative amateurs “inspired” by the group, such as the incidents in San Bernardino and Orlando.

In the Orlando attack, the perpetrator, Omar Mateen, even may have been dressing up anti-gay bigotry by pledging allegiance to ISIS shortly after he began his dastardly act. Although the FBI had investigated his past statements and connection with one of the few Americans who joined an Al Qaeda affiliate and went to Syria in 2013 and 2014, respectively, they closed the investigation; Mateen’s father and ex-wife have both dismissed religion and instead pointed to anti-gay statements he had made. His father has even pointed out that the shooting may have been triggered by Mateen’s outrage at his three-year-old son recently observing two men kissing and touching.

According to a recent investigation by The New York Times, in two-thirds of prosecutions of ISIS-related terrorism cases, the FBI is using once rare undercover sting operations, such as going on the Internet and encouraging bloviating and bragging individuals to do illegal things so that they can be arrested. Unbelievably, the reason for such a high percentage is that such intrusive undercover operations can be done without approval of judge, which is needed for searches and wiretaps. Thus, the Congress and the public are largely in the dark about such stings.

According to Michael German, a former undercover agent with the FBI, who was quoted in the Times, “They’re manufacturing terrorism cases. These people are five steps away from being a danger to the United States.” 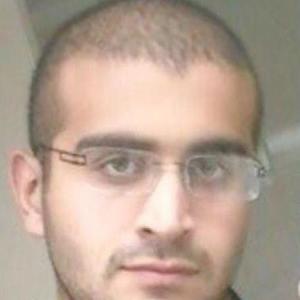 Omar Mateen, identified as the shooter in the Orlando, Florida, massacre.

Such furtive entrapment is good for the FBI, so that the agency can show that funding the agency results in arrests in terrorism cases, but is bad for the republic. Because talk is cheap and doesn’t necessarily coincide with action, the FBI (and other law enforcement agencies) likely may be egging people on to do things they wouldn’t do without such encouragement.

Even more important, the FBI may be wasting time arresting relatively harmless braggarts who have discovered ISIS on the Internet or on TV while ignoring others — ISIS-related or not — who may be more dangerous. Most important, such undercover operations alienate an otherwise cooperative American Muslim community, which could quit providing the FBI intelligence on any really dangerous people.

In the panic that ensued after the 9/11 attacks, the FBI was transformed to focus on terrorism cases rather than its traditional concentration on more “ordinary” federal crimes. And since the advent of ISIS, the agency seems to have focused like a laser on the group.

As the San Bernardino and Orlando incidents seem to show, even an “inspired” lone wolf can kill significant numbers of people, if not masses of people as on 9/11. Yet the school shootings at Virginia Tech and Sandy Hook have killed about as many, and anyone can now kill people for reasons of hate and simply dress up their motivations by pledging allegiance to ISIS, which the Orlando murderer may well have done.

Despite the hysteria that occurs when ISIS is somehow associated with incidents like San Bernardino and Orlando, Americans should keep in mind that their government inadvertently created the group in the first place and is now hyping the danger to get more resources for its agencies, such as the FBI and Department of Defense, to combat the problem.

The Orlando tragedy is horrendous, but Americans should put the threat from ISIS in perspective and not allow the security agencies to run rogue and either stir up more terrorism from overseas or undermine the republic by using entrapment techniques that are counterproductive to protecting the public.

Ivan Eland is senior fellow and director of the Center on Peace & Liberty at the Independent Institute, Oakland, CA, and the author of Recarving Rushmore: Ranking the Presidents on Peace, Prosperity, and Liberty.

9 comments for “How US Wars Have Bred Terrorism”