The European Union prides itself on its commitment to free expression, except apparently when a documentarian diverges from the official line bashing Russia. Then silencing dissent becomes the “responsible” response, as Gilbert Doctorow explains.

The West’s propaganda campaign against Russia took an unusual turn this week as a new documentary challenging the Western narrative of how Kremlin critic Sergei Magnitsky died in 2009 was blocked from being shown at the European Parliament in Brussels, Belgium.

The last-minute shutting down of the documentary, “The Magnitsky Act: Behind the Scenes,” was engineered by lawyers for William Browder, the influential chairman of the investment fund Hermitage Capital and an associate of Magnitsky. 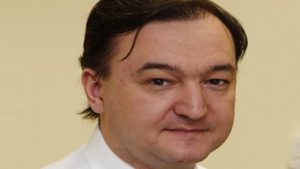 Based in London, Browder has been an unrelenting crusader for imposing sanctions on Russian officials allegedly connected to Magnitsky’s death in prison. Browder successfully pushed for the U.S. Congress to approve the 2012 Magnitsky Act and has lobbied the European Parliament to pass a similarly punitive measure.

On Wednesday, Browder pulled off a stunning show of force by arranging the cancellation of “The Magnitsky Act” documentary just minutes before invitees entered the auditorium at the parliament building for the showing.

Instead of watching and then discussing the film, the few of us who attended were drawn precisely to the power of the absent puppet master, Bill Browder, as Andrei Nekrasov, the film’s director, explained the reasons for his rare dissent against the Magnitsky narrative that Browder has peddled for years.

St. Petersburg-based film director Nekrasov said he had originally intended to produce a documentary largely supportive of Browder’s narrative but a eureka moment led him to change the message of his film midway through production into what ultimately became a scathing critique of Browder and a serious critique of the entire concept of applying personal sanctions against alleged human rights abusers without due process, as was the case in the compilation of the so-called “Magnitsky List” of Russians blamed for Magnitsky’s death.

Nekrasov is an internationally recognized artist who has won prizes for dramas, documentaries and arts programs in Germany and France with his work presented at festivals around the world. Fluent in German, French and English in addition to his native Russian, Nekrasov took parts of his professional education in France and the U.K. 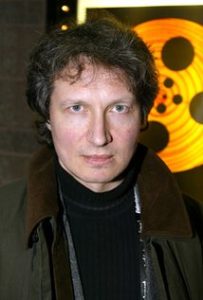 In his home country, Nekrasov has a reputation as a nonconformist and his reporting has taken on Russian authorities in the past, including a film arguing that the 1999 Moscow apartment bombings were organized by the KGB successor organization (FSB) to justify the second war in Chechnya that brought Vladimir Putin to power.

In other words, Nekrasov has not been a friend of the Kremlin, let alone a “stooge” of the Putin regime. Indeed, he said that before taking the assignment to do a film about Magnitsky for the ARTE television channel, he had friendly relations with Browder, whom he had met a number of times in different settings. Nekrasov said he fully believed in Browder’s narrative of the murder of Magnitsky as a way to silence his investigation into the theft of Hermitage Capital’s assets by crooked Russian Ministry of Internal Affairs officials.

Nekrasov said his change of heart came in the middle of shooting the film when Browder’s people handed him a copy of the affidavit signed by Magnitsky that was said to have led to his murder in detention. The introduction to the document laid out precisely that argument of Russian wrongdoing, but the content, the actual text signed by Magnitsky, said nothing whatever about his investigating the theft of $230 million and made no charges whatsoever against Ministry of Internal Affairs officers.

That glaring discrepancy prompted Nekrasov to gather more and more evidence, leading ultimately to his conclusion that the Magnitsky case was a sham fabricated by Browder, that there was no murder, that Magnitsky’s death was a case of negligence and nothing more sinister, the sort of thing that happens quite routinely in U.S. and other prisons around the world, however sad that may be.

Moreover, this discovery set Nekrasov’s mind to thinking about how and why what was now obvious to him was hidden to all others through whose hands the facts, factoids and allegations of the Magnitsky affair had passed over the past seven years. His inescapable conclusion was the explanation was to be found only in blind anti-Russian prejudice, the denigration not only of the country’s leader but of its entire political establishment if not the nation as a whole.

Nekrasov began to wonder how anyone could accept as reasonable the assumption that in that country of 146 million people there was not a single honest or professionally competent judge, not a single policeman who was not a crook.

Nekrasov expressed concern for his own future welfare after the negative publicity arising from his discovery of unpleasant truths about the Magnitsky affair, especially in Russia where he fears that pro-Browder people will consider his documentary a betrayal. 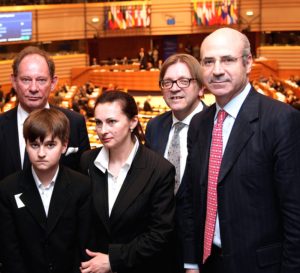 Financier William Browder (right) with Magnitsky’s widow and son, along with European parliamentarians.

Regarding why the film’s screening was canceled on Wednesday night, Finnish parliamentarian Heidi Hautala, the sponsor of the event (and reportedly Nekrasov’s girlfriend), said it was not an action imposed by the President of the European Parliament, though he surely took a dim view of allowing this dissenting viewpoint to be shown in an auditorium at the parliament.

Nekrasov cited two last-minute objections. One was from a German politician whom he interviewed for the film, MEP Marieluise Beck, a leading member of the Greens in the Bundestag, the party allied to the European Parliament bloc from which Hautala, the organizer of the screening, comes.

In the interview segment which Beck now demanded be excised, she demonstrated, in Nekrasov’s view, exactly what was wrong with the position held by Browder’s defenders in Europe.

When he confronted her with the discrepancies, with the reasons he had changed his view of the Magnitsky affair, Beck insouciantly replied that “this is just details” about which she did not care and that the overriding fact remained the same: that Magnitsky died in prison.

However, Nekrasov said the decisive objection that led to the cancellation was from the director of the German national public broadcaster ZDF, a major sponsor of the film who claimed that Browder’s lawyers threatened to sue for libel if the film were shown and would “ruin the broadcaster financially.” Given the public standing of ZDF, that threat appears to have been no more than bluster, however it sufficed for the ZDF management to cave in.

Nekrasov expressed his surprise and alarm that Browder had the money and the contacts to so intimidate the backers of the film. But Nekrasov’s own position vis-à-vis Browder is now inescapably one of self-defense rather than slinking away. Browder has publicly claimed that the film is flawed by inadmissible fabrications and falsifications. It is Nekrasov’s stated intent to take Browder to court for defamation.

But it’s now unclear whether “The Magnitsky Case: Behind the Scenes” will be aired on ARTE, the European cultural channel, as scheduled on May 3 given the vast resources Browder has mobilized to prevent its showing.

Faced with objections from the Green bloc, Hautala showed political courage in sponsoring the documentary. She is known for her strong interest in defending human rights globally, including in Russia, and mentioned in her opening remarks that she was the first MEP to call for sanctions against Russia over the death in detention of Sergei Magnitsky and to this day she favors targeted sanctions against human rights violators. 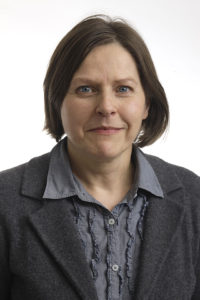 But she has set four operating principles for sanctions to be workable, all of which come down to adhering to the rule of law: the charges must be verifiable, proving the connection of the persons to the violation; they must be transparent, so that everyone can judge the grounds; they must provide access to remedy for the targeted persons; and they must contain a sunset clause or duration period for possible reevaluation of the grounds.

Hautala also mentioned that she is one of 17 MEPs on Russia’s retaliatory “black list” of 89 European politicians and influential persons, though she complains that she has never received from Russian authorities the individual justifications on why she is on the list and has no access to a remedy to appeal that arbitrary decision.

Hautala displayed even more courage by admitting to the auditorium several prominent critics of the Browder/Magnitsky story, including Pavel Karpov, one of the two Ministry of Interior officers who were accused by Browder of overseeing the torture and murder of Magnitsky and of doing so to cover up their theft of $230 million in assets from his Hermitage Capital operation in Moscow which Magnitsky was said to have been investigating.

Karpov used the opportunity to explain his challenge to these allegations as unsubstantiated and how his bringing of defamation charges against Browder in London courts never was heard.

Also, Natalya Veselnitskaya, a Moscow lawyer, was given the floor to issue a lengthy denunciation of Browder for his crimes of egregious tax evasion that were the apparent motive for his creating the Magnitsky controversy. Veselnitskaya is the attorney of Denis Katsyv, the son of a Vice President of Russian Railways whose assets in the U.S. were frozen under the Magnitsky Act because of allegations that he had somehow enjoyed a share of the purloined Hermitage Capital money.

Hautala also allowed in Russian electronic and print media journalists, including, most significantly, Yevgeni Popov, the Vesti television presenter and director of a hard-hitting and controversial documentary entitled The Browder Effect, which was aired on the flagship Pervy kanal state channel on April 13.

Popov flew in for the European Parliament event and later his interview with Nekrasov on the streets of Brussels was part of a featured news item on the cancellation of the film’s screening.

Still, the lengths to which Browder seems prepared to go suggests that the dominant Western narrative of the Magnitsky affair is coming under pressure and that there is growing skepticism even in the West over whether the case is as simple as evil Russian agents murdering a noble investigator.

There finally is some suspicion that perhaps the controversy was manufactured, in part, to cover up possible criminal activity by Browder and to fend off Russian demands for his extradition to face pending prosecution.

Another open question is whether a second allegation against Browder in Popov’s documentary can be made to stick: namely that William Browder was a contractor working with/for British intelligence (MI6) and the CIA from 1996 and that since 2006 has been controlling Russia’s non-systemic opposition leader Alexei Navalny on a mission to destabilize the Russian government and prepare the way for regime change.

Serious questions, however, have been raised about the authenticity of some of Popov’s documents and whether the accusations against Navalny have any merit.

Gilbert Doctorow is the European Coordinator of The American Committee for East West Accord.  His most recent book, Does Russia Have a Future? was published in August 2015. © Gilbert Doctorow, 2016

12 comments for “No Dissent from Anti-Russian Propaganda”