As Official Washington lusts for a new Cold War all the better to fleece the taxpayers on behalf of the Military-Industrial Complex there are also smaller perks that the powerful prefer, like U.S. generals having enlisted soldiers perform as their personal servants like the wait staff on “Downton Abbey,” notes Mike Lofgren.

If there is one refrain that officials at the Department of Defense repeat with dogged persistence, it is that our military is underfunded. DOD testimony to Congress brims over with references to budget cuts. This meme has spread to the point where many in the public think that we spend too little on defense. Republican presidential candidates certainly talk as if they believe it.

This is despite the fact that the Pentagon’s budget has nearly doubled since 9/11. Adjusted for inflation, we are spending substantially more on the military than the average Pentagon budget during the Cold War. 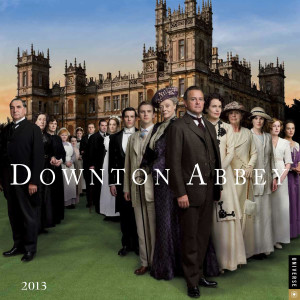 A related complaint is a purported lack of military personnel. As the saying goes, the military is “stretched thin” and has to “do more with less.” Accordingly, several candidates would increase the “end strength” (the congressionally authorized personnel numbers) of the various services.

After hearing this unremitting dirge about military austerity, it may come as a surprise to learn that the Army is soliciting its troops to become full-time aides to generals. What does this involve? According to the Army Times, “duties typically include:

Translated into plain English, the Army is looking for Mr. Carson from Downton Abbey, with our generals playing the role of the Earl of Grantham. Given that there are around 300 U.S. Army generals, this means that a similar number of enlisted personnel is involved. The equivalent number of soldiers could fill out the combat slots for two full infantry companies, which makes you wonder about the Army’s priorities.

When then-Secretary of Defense Dick Cheney ordered a comprehensive privatization of military logistics in 1992, support functions like Army mess halls were privatized. As a consequence, our military cannot feed itself, and must rely on contractors like Halliburton (of which Cheney, conveniently, was CEO from 1995 to 2000) for meals, including in combat zones. Even what formerly counted as core military functions, like guarding military installations, are now largely privatized. Yet preparing canapÃ©s for a dinner party is a core military mission that cannot be privatized.

Does a general, in addition to free lodging not subject to taxation and subsidized food, need a full-time government-supplied servant? If the social whirl in which they engage is so exhausting, perhaps a caterer could supply the eats and booze.

Members of Congress, by the way, are prohibited from using their publicly paid staff for purely personal tasks. Although this rule is sometimes honored more in the breach than the observance, former Congressman Jim Traficant landed in the federal slammer for (among other charges) using his staff to do chores at his home.

Perhaps there is the perception that a general, with a salary limited by statute, needs this perk in view of responsibilities vastly greater than his paycheck. Unfortunately, the image of Cincinnatus, the Roman commander who returned to his plow once victory was won, has faded.

General Robert E. Lee, it is said, lived out his life in near penury, refusing to shill as a product endorser because it would mean cashing in on the blood his men had spilled. George C. Marshall, America’s organizer of victory in World War II, also spent his retirement following the stern code of a soldier in a constitutional republic.

Now the overwhelming drive among general and flag officers is to cash in. As it is with so many congressmen and executive branch officials, their time in office is really just a stepping stone to making a killing.

Just as Robert Rubin and Trent Lott profited beyond the dreams of avarice after leaving government service, General David Petraeus, despite the embarrassing denouement to his career, became a partner at Kohlberg Kravis Roberts & Co. L.P., a Wall Street leveraged buyout firm. His previous experience in investment banking is doubtful, but obviously KKR was in the market for a Beltway-connected door opener.

Petraeus is the exception in one respect: about 70 percent of his colleagues end up in the executive suites or board rooms of the very defense contractors they were supposed to have kept honest during their military careers.

According to a 2011 Bloomberg News article, “The top 10 U.S. defense contractors have 30 retired senior officers or former national secu­rity officials serving on their boards. Press releases issued by those companies since 2008 announced the hiring of almost two dozen prominent flag officers or senior officials as high-ranking execu­tives.” The article also states that senior executives at the largest U.S. defense contractors are paid from $1 million to $11 million a year.

Beyond the fact that the Army, if we believe its doomsaying about its budget, can’t spare valuable active-duty personnel for a frivolous activity, and that generals are not exactly underpaid, there is something degrading about the whole business. The tradition of military commanders being fawned over by uniformed servants is a hangover from the feudal-aristocratic tradition of Europe, when officers were noblemen and the troops were considered, in the testimony of the Duke of Wellington, “the scum of the earth, enlisted for drink.”

It is hardly fitting for a democratic republic to think of generals as nobility or of soldiers as servants. It’s time to end this silly anachronism.

Mike Lofgren is a former congressional staff member who served on the House and Senate budget committees. His new book, The Deep State: The Fall of the Constitution and the Rise of a Shadow Government, appeared January 5, 2016.

10 comments for “The ‘Downton Abbey’ Generals”