The West has committed many sins against the Muslim world, making moral pronouncements from Washington, London or Paris ring hollow, but more and more Muslims are recognizing that the violent nihilism of jihadi terror is morally reprehensible and must be stopped, says ex-CIA official Graham E. Fuller.

It is hard to find even the smallest silver lining in the ongoing series of jihadist outrages that now proliferate with each daily news report. The immoral and cynical exploitation of religion (a constant of human history) is ultimately about power and intimidation. The phenomenon shows no signs of coming to an end and at this point in history happens to most dramatically center in the Muslim world.

We now have the murder of the Istanbul tourists, and Pakistan’s two terrible recent attacks on educational institutions as merely the latest. Boko Haram in Nigeria may even lead the pack in wanton killings by zombie packs. 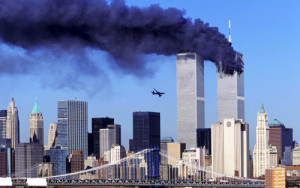 Political violence has always existed. But what are its “natural limits?” We know about the negative legacies of colonialism and the impact of countless Western invasions and wars and the struggle to control developing world energy resources. We know about U.S. wars that have killed over a million Muslims over the past decade.

We understand that the sources of political, economic and social desperation and rage still exist. We understand the suffering of Palestinians, over half a century now, under harsh and unyielding Israeli occupation. We understand resistance by any peoples, in any country, to foreign invasion and occupation.

But not even the most militant political vision can justify the wanton killing of civilians simply for the sake of spectacle and show of power. Most moral ideas almost anywhere, religious or non-religious, can be pushed to levels of blind fanaticism that discredit the original moral concept. Islam, Christianity, Judaism, Buddhism, yes, all do it.

And take socialism, the vision of an economically just society. In the Soviet Union under Stalin and in China under Mao abstract socialist principles ended up justifying the deaths of more than 40 million people, mainly in the quest for power.

Is the tide of jihadi violence cresting in the Muslim world? Muslims themselves are of course the primary victims of these nihilistic acts today. And as the violence grows, there are lessons to be learned. Muslim declarations as well as anecdotal evidence makes it clear to that the vast majority of Muslims are horrified at what is being done in the name of their faith by these groups.

Still, in the end it will only be Muslims who are able to rein in such fanatical excesses within their own communities and mosques. They are the only ones with the moral and cultural credibility to pass judgment on the theology, ideology, and the acts of their fellows. U.S. government or Israeli interpretations of Islam count for nothing, and are seen only as self-serving.

“Why don’t Muslims ever condemn terrorism?” That is a refrain we regularly hear in the West. Yet try googling “muslim condemnation of terrorism” and look at the near half-a-million hits that come up.

When and how will Muslims be able to seize some degree of their own destiny in these developments? In many places Muslim communities, such as in Syria, are often pawns in a greater game beset by warring militias. Ditto in Iraq. Or Yemen, or Libya.

In large parts of the Muslim world today, it is dangerous for your health to speak out on issues of moral limits in implementing political Islam. As long as the Middle East is caught in domestic struggles and foreign wars, a high degree of religious, political and moral bravery is required to speak up, and risk assassination.

Muslims in the West, while safer, also pay for such jihadi-inspired terrorism: they are often held collectively responsible for any Muslim act of terror anywhere. It’s tough to be a Muslim in the West these days. We’ve all heard about FWM, Flying While Muslim, something akin to Driving While Black.

Still, for these Muslims in the West the relatively safe environment imposes new intellectual and moral responsibilities upon them to openly discuss the implications of the perversions of their faith that now seem to be probing the outer limits. Only they can do it.

In fact, it is highly likely that the greatest intellectual breakthroughs in the contemporary interpretation of Islam and condemnation of its current outrages will take place specifically among Muslims in the West, not in the tortured Middle East. But even here, Western Muslims can be accused by some as “failing to offer support to the Muslim cause.” (Just as many American Jews are deeply hesitant about public criticism of Israel even as they privately condemn Netanyahu’s policies.)

And let’s face it, “condemning terrorism” is not enough. Trying to define terrorism in some objective way agreeable to all has proven a near impossible task as each observer finds the political agenda of one group more “understandable” than others.

Indeed, while all killing is bad, human society has long created legal hierarchies of immorality (evil) even within the spectrum of killing. The state kills its own with near impunity. Internationally, war is war and “understandable.” Murder may be murder, but even murder is still ranked by first, second and third degrees, along with various shades of manslaughter and criminal negligence, all with differing legal and social responses and penalties.

Muslims and other observers may differ on which elements of terrorism or political violence are more justifiable than others. But the wanton acts of the Boko Haram, ISIS, Al Qaeda branches, and Taliban rogue groups (among others) have to rank near the top of the list for outright moral condemnation, whatever one’s views of politics. The first precondition in the Muslim world is to lower the heat whereby such discussions become permissible.

Sadly, we are going to witness many more horrors from these murderous jihadi groups even as these movements move towards the point of self-collapse. The clock would seem to be running out on them, their level of social acceptance exhausted; they have stretched their “principles” to the breaking point. The backlash from fellow Muslims, the only one that really counts in the long run, is underway. The West should “lead from behind” to the extent possible on rolling this stuff back.

As the Chinese say, “things that move to extremes must inevitably return to center.”

Graham E. Fuller is a former senior CIA official, author of numerous books on the Muslim World; his latest book is Breaking Faith: A novel of espionage and an American’s crisis of conscience in Pakistan. (Amazon, Kindle) http://grahamefuller.com

15 comments for “The Limits of Jihadi Nihilism”