Exclusive: America’s neocons are lusting for their ultimate “regime change” destabilizing Russia and getting rid of President Putin but they ignore the likelihood that the leader after Putin would be a much more hardline nationalist, a prospect addressed by Gilbert Doctorow.

As in Soviet times, Russian taxi drivers remain among the best informed and eager interlocutors about the ins and outs of the country’s often opaque politics what we used to call “Kremlinologists” who would decipher who was rising or falling based on who was standing closest to whom at public events.

To show that “Kremlinology” is alive and well, the taxi drivers were speculating this week on the imminent removal of St. Petersburg Governor Georgi Poltavchenko because he was nowhere to be seen at the top shows of the Fourth International Cultural Forum, a major event in the old imperial capital which attracted the big bosses from Moscow who were everywhere. 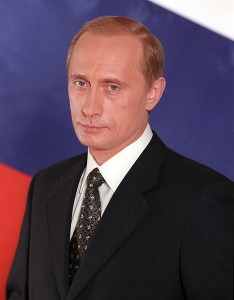 But more significant to the West is the power line-up behind President Vladimir Putin if he were to leave office for whatever reason. For years now, American hardliners and particularly the neoconservatives have been lusting for “regime change” in Moscow, hoping that some malleable figure like the late President Boris Yeltsin would be put back on top.

However, as my well-informed taxi drivers tell me, the man one heart-beat away from Putin is Sergei Ivanov, who would make Putin look like a pussy-cat in dealing with the West.  And if not Ivanov, the next in line is likely Dmitry Rogozin, another fervent patriot and Kremlin favorite.

Despite what Russian dissidents Mikhail Khodorkovsky and Masha Gessen have been telling the readers of The New York Times, “regime change” in Moscow would almost surely not achieve the goal of a second Yeltsin era. Memories are still too fresh of the humiliating 1990s after the Soviet collapse when the West dispatched financial “experts” who prescribed capitalist “shock therapy” for the Russian system leading to a precipitous decline in living standards and an alarming rise in death rates.

What’s clear is that there are no “liberals” beloved of the West in Russia’s present Matryoshka doll of power, a message that Beltway insiders would do well to absorb. Not that there is any significant sign of public disapproval of Putin.

On the streets of St. Petersburg, the hoopla of the Cultural Forum was just a backdrop for the visit to the city by Putin, who has not been here for months, I was told. His expected appearance at opening ceremonies of the Forum was the talk of the town.

Russian media promoted the event to the domestic audience as the “Davos of Culture,” a reference to the renowned international business conference at Davos, Switzerland. There would be 9,000 visitors to concerts, dance performances and panel discussions led by curators, film directors and a lot of well-known art scholars.

The venues were concentrated in the General Staff building of the Hermitage on Palace Square but also spread out across the historic center of the city. The international dimension would come from diplomats and government officials from more than 40 countries.  If Europe would be woefully underrepresented (just Luxembourg was on the roster of participants), there would be a lot of Far Eastern worthies to make up the gaps.

Moreover, the biggest foreign presence was UNESCO-related, part of the 70th anniversary of that institution which just happens to be headed by a Russian-speaking graduate of the Moscow University for International Affairs, Irina Bokova from Bulgaria.

A vast number of little celebrities vied for an invitation to the closed events, while various “security organs” at local and federal levels tried to outdo themselves to ensure there were no incidents.

Some bright guys in these special services put so many hurdles in the path of issuing badges, with or without access to certain events (notably the ones with Putin), with or without holograms, that their computer system crashed, causing utter chaos in processing visitors from the general public, journalists and participants in the Forum.

The madness continued at the entrance to the Mariinsky-2 Theater, where the main opening ceremony was held Monday evening. Our printed invitations proved to be worthless. The end result was improvised violation of the system by the staff who were totally overwhelmed and pasted on the essential holograms to move folks along.

Once past the lines for re-accreditation, past the machine verification of access and the metal detectors, a surreal calm and note of elegant hospitality at the presidential level took over.  Flutes of champagne were distributed by radiant young staff.

Putin did not keep us waiting. He was first to speak on stage, delivering a brief salutation to the audience and making a quick exit. The two-hour ceremony was followed by a traditional Russian “walking dinner” as guests thronged and picked clean the passing trays of caviar and crab sandwiches.

For those who read into my account the suggestion that there are vulnerabilities in the presidential security, my best advice is to send in emails to the Kremlin urging Putin to yet again sack his security detail and bring in more clever folks. The last thing we all need is “regime change” in Russia.

Gilbert Doctorow is the European Coordinator of the American Committee for East West Accord. His most recent book, Does Russia Have a Future? was published in August 2015.

← Twisting the Facts on Iran Nukes
How the Puppets Beg →

11 comments for “The Danger After Putin”