America has become a land of institutionalized noise whether the clamor of a crowded restaurant or the more dangerous shout fests of TV “news” both intruding on the ability to think and communicate coherently, writes Lawrence Davidson.

Many of you must have experienced something like this: you and a companion go into a restaurant and, over a good meal, would like to carry on a fruitful conversation – perhaps on the virtues of the agreement that President Barack Obama and his international partners have finally reached with Iran. However, you quickly realize that such a conversation is impossible. 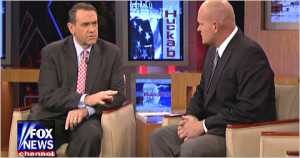 The restaurant’s decibel level is in the 90s, which replicates the noise intensity of an active construction site. Indeed, the environment is so noisy that even shouting is futile. It would seem that more and more of our “stylish” eating establishments have melded cacophony with cuisine.

Noise is an old problem. It started to seriously invade Western culture with the Industrial Revolution of the Eighteenth Century. The women and children who worked in the early textile factories had to develop a form of sign language to communicate over the racket made by the machines. It wasn’t until 1972 that the U.S. government began to regulate workplace din as a health hazard. Before that, one can assume that millions of citizens went through their adult life made partially deaf by the modernity’s accelerating hum.

Despite the realization that high levels of noise can hurt you, restaurants somehow escaped regulation, and some of them now present a hazard to customers and staff alike. However, this fact fails to move many owners and managers of otherwise presentable eating establishments. They insist that deafening noise is stylish – even fun – maybe like a rock concert.

Noise in the “News”

It is not only high levels of restaurant chatter that can be harmful. In other public spaces as diverse as airports, doctors’ offices and gyms the environment is dominated by television screens broadcasting, among other things, “news” programs, which manage to interfere with the average citizen’s ability to think clearly.

This brings us back to that hypothetical conversation mentioned above – the one on the nuclear deal with Iran. Those TV “news” programs filling the public airwaves are now regurgitating a version of deafening nonsense about this important subject – which only goes to show that noise comes in many forms.

,Sen. Mark Kirk, a Republican from Illinois who has declared that the nuclear accord “condemns the next generation to cleaning up a nuclear war in the Persian Gulf.” He explains that “tens of thousands of people in the Middle East are gonna lose their lives because of this decision by Barack Hussein Obama.”

,Former Florida Gov. Jeb Bush, a Republican presidential candidate, declares, “This is not diplomacy, this is appeasement.”

, Sen. Lindsey Graham, another presidential candidate, insists that “it’s akin to declaring war on Sunni Arabs and Israel by the P5+1 because it ensures their primary antagonist Iran will become a nuclear power and allows them to rearm conventionally.”

,Former Arkansas Gov. Mike Huckabee, a Christian Fundamentalist and another Republican presidential candidate, says, “Shame on the Obama administration for agreeing to a deal that empowers an evil Iranian regime to carry out its threat to ‘wipe Israel off the map’ and bring death to America.”

All of this is coming to the public repetitively through varied media. And all of it is noisy nonsense. How do these Republican notables know their assertions are true? After all, they contradict the positions of most of the world’s professional intelligence experts, including those working for the U.S. government and, it turns out, many of their Israeli counterparts.

The Republicans who shout that the Obama administration was “fleeced” and “bamboozled” by the Iranians are reading from a script which looks like a Machiavellian set-piece designed to attack the President no matter what he does. The authors just plug in the issue (be it health care, immigration or Iran’s nuclear energy program) and start shouting.

The U.S. Zionists, of course, use a script written in Israel. Acting just like agents of that country, they are bound to shout what Prime Minister Benjamin Netanyahu shouts. For instance, “the concessions agreement Iran is about to receive paves the way for it to arm itself with nukes.”

Either way, the resulting noise leads away from – and not toward – reality. Thus, the complaints that Obama has simply surrendered to the Iranians is the exact opposite of the truth. Iran has agreed to significant reductions in its nuclear program as well as the most intrusive inspections regime ever imposed on any nation’s nuclear energy program.

Noise in its many manifestations deafens more than one’s ears. It deafens one’s mind. And that is its purpose, as used by both restaurant managers and politicians.

On the one hand, restaurateurs believe they know what it takes to have fun at the dinner table – it takes the merging of all diners into a cloud of near-mindless chatter. Thus, it doesn’t matter if the chatter has any recognizable content, for it merely serves as a vehicle for entering a crowd-focused experience.

The chatter makes you one with everyone else in the restaurant. And, I guess, that is why many people come back for more. The food, no doubt, is secondary.

On the other hand, the politicians also invite you into a crowd experience, but one of a more dangerous kind. The noise in the “news” is not diffused chatter but a loud and sustained message. It is, more often than not, a form of propaganda – the same storyline repeated over and over again until it fills the public airwaves and from there comes to dominate the thought waves of the ignorant.

No doubt about it, the world is getting noisier every day – a fact which might encourage the independent minded to eat more meals at home and turn off the television. That way you get fewer calories and more clarity of mind in one quiet package.