Exclusive: President Obama has gotten in line behind the Israeli-Saudi preference in Egypt for the brutal dictatorship of Gen. al-Sisi over the elected (but now deposed) Muslim Brotherhood government of President Morsi, a posture so shocking that even some U.S. neocons object, writes Jonathan Marshall.

Like a stopped clock, even rabid neoconservatives can be right once in a while. A good case in point is a recent open letter to Secretary of State John Kerry, signed by such neocon luminaries as Robert Kagan, Elliott Abrams, Reuel Gerecht and Ellen Bork, calling on the Obama administration to “press the Government of Egypt to end its campaign of indiscriminate repression in order to advance a more effective strategy for countering violent extremism.”

The Obama administration, which helped blow up Libya and Syria in the name of human rights, has resumed arms shipments to the military regime of Abdel Fattah al-Sisi, which seized power from a democratically elected government in 2013. Washington’s double standard not only undercuts U.S. credibility internationally, it also jeopardizes important security interests in the region. 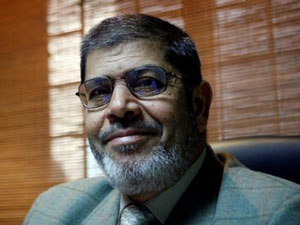 The letter adds, “By carrying out a campaign of repression and human rights abuses that is unprecedented in the country’s modern history, and by closing off all avenues of peaceful expression of dissent through politics, civil society, or media, Al-Sisi is stoking the very fires he says he wants to extinguish.”

Just three days before the group sent its letter to Kerry, Human Rights Watch reported that Egyptian security forces, operating with “nearly absolute impunity,” have killed hundreds of dissidents in recent months, detained more than 40,000 suspects, and “forcibly disappeared” dozens of people. University students in particular have been targeted for mystery disappearances and killings.

The government has also jailed some 18 journalists for publishing reports that conflict with government-approved messages. Its massacre of roughly 1,000 protesters in Cairo in August 2013 ranks as one of the worst single-day atrocities in the region.

Government repression is growing more, not less, severe with time. President al-Sisi recently issued an executive decree giving himself the power to fire officials at independent state institutions. The government is also fast-tracking legislation to further crack down on press freedoms, including, for example, heavy fines for contradicting official statements on terrorist attacks. Human rights organizations have termed it “a blatant violation of the constitution.” The executive director of the Arabic Network for Human Rights Information said the proposed law “turns journalists into mere conveyors of the state’s official data.”

Yet the tepid response of Kerry’s State Department is to endorse Egypt’s “fight against terrorism,” while expressing the “hope” that the final version of Egypt’s new counterterrorism law will respect “individual rights.” The New York Times rightly called the statement “laughable.”

It is, however, fully in keeping with the Obama administration’s “see-no-evil” policy toward Egypt of late. During a visit to Cairo last year, Kerry praised al-Sisi for expressing “‘a very strong sense of his commitment to human rights.” Then, in December, the United States delivered 10 Apache helicopters to support Egypt’s counterterrorism efforts. Finally, this March, the Obama administration lifted its partial freeze on military aid to Egypt, enacted in October 2013 to encourage movement toward free and fair elections in the country.

When Egypt started buying arms from France and negotiating with Russia, the administration suddenly decided that resuming its full $1.3 billion in annual military aid was “in U.S. national security interests.” That finding came despite the administration’s admission this June that “the overall trajectory for rights and democracy has been negative,” including “arbitrary and unlawful killings” and repressive new laws and executive initiatives that “undermine prospects for democratic governance.”

One factor in the administration’s calculus is its concern over rising numbers of Islamist terrorist attacks within Egypt. They include numerous guerrilla operations by the Egyptian affiliate of the Islamic State (Wilayat Sinai) and, more worrisome, the devastating car bombing of the Italian consulate in downtown Cairo this month. A campaign of urban terrorism could devastate the country’s economy and turn Egypt into a much greater crisis than Syria.

But as numerous human rights activists warn, Egyptian repression has become the most effective recruiting tool for anti-government extremists. The Muslim Brotherhood’s longstanding doctrine of peaceful political change has lost credibility with young activists, who refuse to submit passively to arrest and torture at the hands of state security forces.

Reflecting pressure from within its ranks, the powerful Islamic movement declared in late January, “We are at the beginning of a new phase where we summon our strength and evoke the meaning of jihad. . . [We] prepare ourselves, our wives, our sons and daughters, and whoever follows our path for relentless jihad where we ask for martyrdom.”

As one student of Egypt’s Islamists notes, “the matter has yet to be settled. Given the Brotherhood’s long history of non-violence, many members don’t find it easy to accept it now even in response to the Sisi regime’s clampdown. But the fear of losing ground is occupying the minds of Brotherhood leaders. The way many Brotherhood leaders are framing this is that if there is a war between society and the state, and if the society has taken a stance, the Muslim Brotherhood should not hinder society’s fight for freedom.”

Last year, Robert Kagan became one of the first neoconservatives to break with conservatives in Congress, the American Israel Public Affairs Committee and the Netanyahu regime to warn about prospects for “a new Egyptian jihadist movement brought into existence by the military’s crackdown.”

“To Israel, which has never supported democracy anywhere in the Middle East except Israel, the presence of a brutal military dictatorship bent on the extermination of Islamism is not only tolerable but desirable,” Kagan wrote. But “In Egypt, U.S. interests and Israel’s perceptions of its own interests sharply diverge. If one believes that any hope for moderation in the Arab world requires finding moderate voices not only among secularists but also among Islamists, America’s current strategy in Egypt is producing the opposite result.”

Kagan’s pithy observations remain as true today as they were then. The advice that he and others in the Working Group on Egypt sent to Kerry last week,urging him to stop whitewashing Egypt’s regime and instead to pressure it to meet international human rights commitments and promote national reconciliation ,is not simply humane but the wisest possible strategic counsel.