Exclusive: Greek voters rebelled against Germany and the dominant powers of Europe by rejecting demands for more austerity, but the Greek resistance also is resonating across the Continent, emboldening other hard-pressed countries tired of Depression-like conditions, says Andrés Cala.

Despite an unprecedented fear campaign, brave Greeks plunged the European Union into a moment of reckoning with a deafening “no” to “bullying,” “terrorism,” and “humiliation” or more precisely, 61 percent voted against and 39 percent for creditors’ terms that would have condemned not just Greeks, but millions of other Europeans to another decade of austerity and hardship.

“You made a very brave choice,” Prime Minister Alexis Tsipras said in a televised address after the referendum on Sunday. He called the mandate one that will “strengthen our negotiating position to seek a viable solution,” not a “rupture with Europe.” 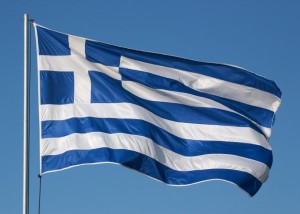 But whatever Tsipras’s hopes and intent, the Greek referendum already has reverberated across the Continent inspiring many other Europeans tired of the German-led austerity policies that followed the financial crash of 2007-2008. Already the people of struggling economies, such as Spain and Portugal, are seeing the Greek resistance as an example to follow.

Emboldened, too, are the people of France and Italy, who are not in as desperate shape as Spain and Portugal, but are also chafing under the rigid spending constraints imposed by Germany and other leaders of northern European countries. Across the so-called periphery of Europe from Greece through Spain and Portugal to Ireland more and more voters are defying establishment leaders who accept austerity as the only economic recipe.

And like Greece, this new wave of voters will likely make itself heard in upcoming elections, transforming the next year or so into a “do or die” moment for the European project. It’s not that the European Union will split up entirely, but it risks becoming a club where countries increasingly opt out to seek their own well-being.

While disintegration is a possibility, Greece’s left-wing Syriza party and other southern European political newcomers don’t want the EU to shatter or the euro zone to shrink. But they are demanding a different future than the current upstairs-downstairs arrangement with a relatively well-to-do north and a down-in-the-mouth south.

In that sense, the Greek vote was a cry of anger and frustration over Europe’s economic disparities, which were smoothed over during the easy-money days before 2007 but reemerged with sharp, ragged edges during the global recession that followed the Wall Street crash.

The response of the EU’s neoliberal technocrats was harsh austerity to pay down debt, a policy that tended to benefit the stronger economies, such as Germany, at the expense of weaker ones, like Greece. Across Europe, the new divide put creditor nations on one side and debtor nations on the other.

Indeed, today’s emerging existential question for the EU was essentially German engineered. It was Berlin that insisted on the austerity-heavy response to protect its national interests. Periphery countries were coerced to accept unenviable and unviable terms, which slowed economic growth by forcing countries to cut their deficits at the expense of public spending, dismantling welfare states, and sending unemployment to record highs unprecedented since the Second World War.

With no spare money or jobs, southern European economies entered a vicious cycle of economic contraction and more debt, without any reprieve for the hardest-hit people. It wasn’t, as Germany proposed, a matter of tightening the belt temporarily.

Instead, even as economic growth returned through headline macroeconomic figures, the situation for the majority of Europeans has worsened. Unemployment has become a structural problem that the Continent will have to deal with for generations, further eroding public finances and tax revenue, all while corporate profits improve.

The Greek example, while perhaps the most extreme, spoke for much of the Continent. For five years the country has signed onto austerity-based agreements with Europe and the International Monetary Fund. But those schemes have not worked. In the process, Greece lost a quarter of its economy, a quarter of its population is unemployed (including half of young Greeks), and its debt has only climbed to about 180 percent of its gross domestic product.

As austerity failed to heal the sick economies of Europe, establishment leaders of the weaker nations who had agreed to swallow the harsh medicine of austerity lost credibility and support. The suffering populations began looking to more radical alternatives, such as Tsipras’s new Syriza party in Greece.

The latest showdown started in January when Syriza came to power with a democratic mandate to defy the austerity imposed by the “troika” composed of the European Commission, the European Central Bank and the International Monetary Fund. The “troika” refused multiple offers made by the Greek government that involved restructuring the debt and providing access to fresh money to slowly spur economic growth, enabling the country to pay back its debts over time, albeit a long time.

Instead, the troika insisted that Greece honor conditions that would involve ultimately more austerity. Syriza’s government said the plan was not viable in part because it would expire in five months and the cycle of negotiations would have to be resumed. Greek counteroffers involved concessions as well but mostly targeting the wealthy, while sparing the already drained population.

Greek Finance Minister Yanis Varufakis explained, “Greeks want to pay back our debts. But we can’t if the debt just keeps increasing while income keeps shrinking. To pay we first need to fix the economy and the way to do it is to end austerity, for the simple reasons that austerity reduces our income, which is not just ineffective but detrimental. That’s why we need to restructure our debt.”

Varufakis added, “We can’t accept what’s related to financing and debt for the simple reason that it’s not supported mathematically. If we accepted it, in a few weeks that program would prove itself absolutely unviable.”

Ironically, an IMF assessment, which European powers had sought to delay, was published last week confirming Syriza’s assessment of the Greek predicament. Since the 2010 package, which Greece was seeking to renegotiate, the country has been in recession with the economy contracting three times more than the IMF had expected.

The Greek debt is “unsustainable,” the IMF acknowledged, adding that Greece would need 50 billion euros (or about $55 billion) in fresh funds over the next three years, on top of restructuring its debt. That was pretty much in line with Greek government demands.

Still, Germany and the EU bureaucrats thought they could crush the upstarts by virtually shutting down Greek banks and pressuring the Greek voters to repudiate Tsipras and Syriza in Sunday’s referendum. The German axis backed by business and other mainstream media unleashed a propaganda campaign to paint the Greek government as radical and irresponsible.

But the Greek voters instead voted overwhelmingly to support Tsipras and Syriza, shaking the EU structure to its foundation.

“The campaign of bullying, the attempt to terrify Greeks by cutting off bank financing and threatening general chaos, all with the almost open goal of pushing the current leftist government out of office, was a shameful moment in a Europe that claims to believe in democratic principles,” wrote Nobel economy laureate and New York Times columnist Paul Krugman. “It would have set a terrible precedent if that campaign had succeeded, even if the creditors were making sense.”

He went on to describe “Europe’s self-styled technocrats” as “medieval doctors who insisted on bleeding their patients, and when their treatment made the patients sicker, demanded even more bleeding.” The European answer would not have worked, he said, because “austerity probably shrinks the economy faster than it reduces debt, so that all the suffering serves no purpose.”

The troika’s hardball strategy with Greece may have emboldened other struggling European countries to follow the Greek example. Spain and Portugal are up next with Italy and France to eventually follow along with Ireland and Eastern European countries. Russia and China may get into the game, too, by offering more favorable economic terms and cooperating on major infrastructure projects.

But there is little sign that Germany, as Europe’s principal creditor nation, will accept write-downs that would cost its own taxpayers money. Though Tsipras is presenting a new offer to the 19-member euro-zone leaders on Tuesday, Germany has already refused to restructure the debt or support a new rescue.

As for Greece, in the near term at least, the economic situation is bound to worsen. Greek banks, which imposed capital controls after the ECB last week cut their emergency funding, will run out of cash within days without a new deal. While a compromise is still possible, a painful “Grexit” or Greek exit from the use of the euro currency could be just days away if Greece’s European partners choose to ignore the democratic will of the Greek voters.

Without emergency ECB support, Greece will have no choice but to fall back on another currency, the previous drachma presumably. “Grexit” will then be complete. The currency will be devalued and the economy will suffer for years, but at least under its own terms.

“There is now a strong argument that Greek exit from the euro is the best of bad options,” wrote Krugman. “If they can’t make a go of Europe’s common currency, it’s because that common currency offers no respite for countries in trouble.”

Varufakis, who resigned as Finance Minister on Monday to remove himself as an irritation to the EU technocrats and thus improve chances for a compromise, said there is no choice but to broker a deal, adding: “There is too much at stake, for Greece and Europe, that’s why I’m certain.” Many in Europe agree, including French and Italian leaders, but without Germany there is little that can be done.

Meanwhile, the political fallout in Europe is just beginning. The Syriza-like party in Spain has become a serious contender, tied in third place with the two other traditional parties. No formal anti-establishment party has risen in Portugal, but the Socialist opposition, which is almost sure to win the upcoming election, promises to stand against austerity.

And it will not stop there. If Germany and its northern European allies don’t offer a respite, the anti-austerity political contagion will spread across the Continent because a new generation is slowly taking over and it wants a brighter future than the drab predictability of never-ending sacrifice. Old technocrats will eventually be replaced.

Greeks have defied the attempts to repress their democratic will. Welcome to the new Europe, for better or worse.