Exclusive: The widespread hatred of the New England Patriots and quarterback Tom Brady explains the public support for the NFL’s harsh penalties in “Deflategate,” but independent statistical experts have found the NFL’s findings in the case to be “deeply flawed” and “unreliable,” writes Robert Parry.

A new report on the NFL’s “Deflategate” controversy by statistical experts at the American Enterprise Institute confirms much of what I had detected regarding flaws in the NFL’s findings, which claimed the New England Patriots had probably deflated their footballs and that quarterback Tom Brady probably had some awareness. AEI concluded that physics not tampering could explain the changes in air pressure.

AEI’s principal observation was that the NFL’s investigators were mistaken in relying on footballs used by the Indianapolis Colts in the same game as a control group, i.e., an assumption that they were otherwise identical to the Patriots’ footballs and that any deviation from the Colts’ air-pressure measurements would indicate wrongdoing by the Patriots. 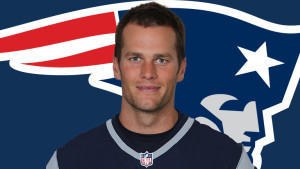 The key flaw in that assumption was that the checks on the air pressure of the Colts’ footballs came at the end of halftime when the footballs had been indoors at a warmer temperature and thus had naturally re-inflated while the Patriots footballs were checked at the start of halftime when the effects of the cold, rainy weather would still have depressed the measurements.

As the AEI economists wrote, “Logistically, the greater change in pressure in the Patriots footballs can be explained by the fact that sufficient time may have passed between halftime testing of the two teams’ balls for the Colts balls to warm significantly, effectively inflating them.”

To downplay this key variable in the NFL’s report, outside counsel Ted Wells sought to compress the gap in time between when the air pressure of the Patriots’ footballs was measured and when the Colts’ footballs were tested. Wells asserted that the measurements followed one after the other, but other evidence and conflicting recollections by the NFL officials involved in the testing suggest that the Patriots’ footballs were tested and then re-inflated before the officials turned to the Colts’ footballs, measuring only four because they ran out of time.

As AEI and I both noted, a key piece of evidence undermining Wells’s compressed chronology was that the two NFL officials involved in testing the footballs seemed to have switched gauges between the first set of tests and the second, which would have made little sense if the measurements were sequential rather than separated by the re-inflation of the Patriots’ footballs.

But, as I have noted, there was another reason why the Colts’ footballs should not have served as a “control group” because the two sets of footballs were conditioned differently before the game. The Patriots rubbed down the balls more thoroughly than the Colts did, thus making the Patriots’ footballs less water resistant. The NFL’s scientific consultants found that moisture as well as temperature affected changes in air pressure and the duration of declines in pounds per square inch [PSI]. But Wells did not take into account that variable either.

Beyond these football variables, AEI detected an irregularity in how the Wells report presented its scientific findings, saying: “our replication of the report’s analysis finds that it relies on an unorthodox statistical procedure at odds with the methodology the report describes.” In other words, Wells seems to have played some games with the statistics to reach his conclusion incriminating the Patriots.

The AEI report noted another “crucial piece of evidence overlooked in the [Wells] report’s analysis” relating to the one Patriots’ football that was intercepted by the Colts during the first half. It became the basis for the Colts’ allegation that the Patriots had under-inflated their footballs, but the AEI report said:

“Assuming that the intercepted Patriots ball that was tested was inflated to 12.5 PSI [the minimum legal standard favored by Brady] before the game, the average of three measurements derived by this separate measurement process (11.52 PSI) was at the top of the range implied by the Ideal Gas [Law], according to the Wells report.”

In other words, the assumption that started this whole controversy that the Colts thought the intercepted ball had been intentionally made softer than it should be was mistaken. The ball’s PSI fell within the expected range as predicted by the laws of physics.

AEI’s “Deflategate” study was conducted by Kevin A. Hassett, director of economic studies; Joseph W. Sullivan, a research assistant; and Stan A. Veuger, an AEI resident scholar. AEI also conducted a study of the New Orleans Saints’ “Bountygate” affair, in which the NFL handed out penalties after discovering that Saints’ coaches had offered incentives for knocking opposing team players out of a game. Based on a study of statistics, AEI determined that the Saints were no more likely to hurt opposing team players than other teams and sometimes less, contributing to the NFL’s decision to vacate the suspensions of Saints players.

On Sunday, in an article for the New York Times summarizing the AEI’s “Deflategate” findings, Hassett and Veuger described the Wells report as “deeply flawed” though it still has become the basis for the NFL fining the Patriots $1 million and stripping them of two draft picks and for suspending Tom Brady for four games. Though protesting their innocence, the Patriots decided not to challenge the penalty. However, Brady has appealed his suspension and has a hearing scheduled for June 23.

“Our recommendation?” wrote the AEI economists. “When the N.F.L. hears Mr. Brady’s appeal of his suspension later this month, it should proceed with the knowledge that the Wells report is unreliable.”

But there is another side of this overblown case that the NFL might want to consider. Were the Indianapolis Colts the ones trying to tamper with the competitiveness of the NFL by lodging a baseless complaint against the Patriots in the middle of the AFC Championship Game on Jan. 18?

The halftime testing of the footballs even caused some confusion at the start of the second half and might have distracted the Patriots, though if that was the Colts’ plan it didn’t work. The Colts ended up losing 45-7, a second year in a row the Patriots booted them from the playoffs.

But the outcome of the “Deflategate” controversy even if it turns out that there was no intentional deflating of the footballs will help the Colts and other competitors in the years ahead, since the Patriots will lose a first- and fourth-round draft pick in 2016 and may have to play without their starting quarterback for a quarter of the upcoming season.

For a decade and a half, the Patriots have been the most consistently successful team in the NFL, winning four Super Bowls (including in 2015) and regularly qualifying for the playoffs. This success has understandably upset many of the teams that compete against them, creating an incentive to get the NFL to intervene to make the Patriots less competitive.

It’s a bit like handicapping a horse race by making the favorite carry more weight than the others, but that approach is itself an assault on the competitive fairness of the NFL, what Commissioner Roger Godell claims he is upholding in “Deflategate.”

← The Saga of Cesar Chavez
In Case You Missed… →