Exclusive: After release of a tendentious NFL report on “Deflategate,” there is now a rush to the penalty phase with the media and public demanding severe punishment for quarterback Tom Brady — despite any clear evidence that he did anything wrong, writes Robert Parry.

Given all the serious news in the world, some readers have criticized me for writing about the NFL’s “Deflategate” report, which accused New England Patriot quarterback Tom Brady of participating in a scheme to under-inflate footballs in a big game. Frankly, when I began reading the report out of curiosity on Wednesday, I had no intention of writing anything.

But the report, authored by NFL outside counsel Ted Wells, reminded me of so many other one-sided reports that I have read in my 37 years in Washington. I felt like the anti-slavery German bounty hunter in “Django Unchained” who, against his better judgment, shoots the vile plantation owner. I couldn’t help myself from pointing out the slanted evidence and selective narrative. 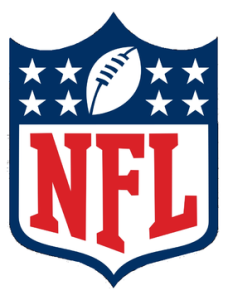 The logo of the National Football League.

There was something profoundly unfair about the report, which operated under the theory of “more probable than not” judgments that were then compounded. For instance, the report first applies this 51 percent rule as to whether something actually happened although there was no clear-cut evidence that anything did, i.e., no confessions, no witnesses, no visual proof.

The many variables cold temperatures, rainy weather and the pre-game scuffing up of the balls could have explained all or almost all the pounds per square inch drops that were detected at halftime of the AFC Championship game on Jan. 18, 2015. But Wells decided to brush aside any innocent possibilities and proceed to build a tendentious, circumstantial case.

Wells then judged that two locker room attendants “more probabl[y] than not” conspired to lower the air pressure. Then again without any specific evidence Wells decided that it was “more probable than not” that Brady “was at least generally aware of the inappropriate activities.”

But Brady is still supposed to be severely punished. All the pundits and much of the public say so. Whatever you think of Brady, this approach is troubling.

The shoddy reporting on the “scandal” has made matters worse. For instance, if you ask almost anyone which team the New England Patriots or the Indianapolis Colts played most of the game using under-inflated footballs, nearly everyone would say the Patriots. But the real answer is the Colts, who used footballs under the 12.5 psi minimum in both the first half and the second half.

NFL officials were even aware that one of the gauges used to test the footballs the one that was accurate registered three of the four Colts footballs that were tested as below the legal limit, yet left them in the game because of the higher results from a second inaccurate gauge. The psi numbers for the fourth ball were transcribed inaccurately so we don’t know about that one.

After the game was over, three of the four Colts balls that were checked also were below the legal limit. The fourth was not. By comparison, the four Patriots footballs checked after the game were within the legal parameters. But the conventional wisdom is that the Colts’ footballs were all inflated legally, making the Patriots’ situation more suspicious.

Few people also know what touched off the “incriminating” text messages between the two locker room attendants about football air pressure. It was an illegal act committed not by the Patriots but by NFL officials who over-inflated Patriot footballs for an important divisional game against the New York Jets on Oct. 16, 2014.

After the game, which the Patriots won 27-25, blocking a last-second field goal attempt by the Jets, Brady complained bitterly to John Jastremski, an equipment assistant responsible for preparing the game balls. When Jastremski tested the balls, he found them to be extremely over-inflated, beyond the legal upper limit of 13.5 psi.

“The refs fucked us,” Jastremski wrote in a text message, “a few of them were at almost 16” psi. “They didnt recheck them after they put air in them.” In other words, NFL officials violated NFL rules regarding the proper inflation of footballs and it could have contributed to a Patriots loss to a hated rival.

It makes sense that NFL quarterbacks are particular about how the footballs feel to them, like a Major League pitcher cares about the preparation of baseballs or, for that matter, how a carpenter feels about his tools. These items represent their livelihoods and in the case of an NFL quarterback, he is working before millions of spectators and his performance can have profound consequences for his team’s success and his own wealth.

After Brady complained about the footballs used in the Jets game, Jastremski texted Jim McNally, a part-time employee who was responsible for delivering the balls to the officials and overseeing their final check of the air pressure, when the officials might add more air or remove some to get within the 12.5 psi to 13.5 psi parameters.

In effect, Jastremski was chastising McNally for not doing his job properly and McNally responded defensively, threatening to make sure the balls were even more over-inflated in the next game.

“Tom sucks,” McNally texted. “im going make that next ball a fuckin balloon,” adding: “Fuck tom 16 [psi] is nothing wait till next Sunday.”

In another exchange, McNally wrote, “Fuck tom .make sure the pump is attached to the needle. . fuckin watermelons coming. The only thing deflating sun[day] .. is his passing rating.”

According to the Wells report, Jastremski and McNally called these comments joking banter, but Wells detected something more sinister. But these exchanges were about over-inflating balls to punish Brady not under-inflating the balls to please Brady. The comments also occurred in the context of a game in which the only violation was by the NFL officials exceeding the upper limit for air pressure.

In other words, if McNally was already assigned by Brady to under-inflate the balls (as Wells insinuates in his report), McNally wasn’t doing his job very well. Indeed, a fair reading of the text messages would be that there was no scheme to deflate footballs at least not then and that any subsequent tampering (if any happened at all) may have been a reaction to the illegal over-inflating by the NFL officials.

It might make sense that McNally and Jastremski afraid of losing their jobs could have taken steps to prevent some future over-inflation of footballs, as had happened in the Jets game, to avoid Brady’s future wrath, which could cost them their employment. In that case, it’s conceivable that they might have devised a scheme to let air out if McNally witnessed the officials putting too much air in.

Before the AFC Championship game, referee Walt Anderson did add air to some of the Patriots footballs while McNally pleaded with him to keep the levels at around 12.5 psi where Brady liked them. McNally might have thought that Anderson had ignored him.

But whatever McNally may or may not have done to the footballs in the bathroom on the way to the playing field, there’s no particular reason to think that Brady was in on it. While that is possible, a basic precept of American justice is not to punish someone for what may or may not have happened with the further uncertainty that whatever did or didn’t happen, they might have been in on it or not.

Yes, I know, all the talking heads confidently declare that two locker room attendants would not have acted without Brady’s instructions or blessing. But is it normal for a locker room attendant to express in text messages such contempt for the star quarterback and even a willingness to defy his wishes, whether jokingly or not?

Since Brady had made it emphatically clear that he wanted the footballs at the low end of the permissible psi range, around 12.5, is it inconceivable that McNally and Jastremski took it from there? You can speculate otherwise, but that’s a core problem with the Wells report. It piles speculation onto speculation based on a foundation of scientific uncertainty.

There is no hard evidence that anything happened, only the murky scientific analysis of the halftime testing of the footballs in which the many possible variables do not exclude that the deflation of the footballs for both the Patriots and the Colts resulted from the chilly, rainy weather plus the pre-game treatment applied to the balls, not from illegal tampering.

So, there was a fairer way to write the report. Wells might have noted that for something as central to the National Football League as footballs, there are confusing and contradictory protocols for ensuring that footballs are maintained in a way that best serves the game.

Wells could have noted that the careless manner in which NFL officials over-inflated the Patriots balls in the Jets game may have been a contributing factor to whatever may have happened in the AFC Championship game. He could have called on officials to be more careful in this preparation.

It also turned out that one of the two gauges used to measure the psi before and during the AFC Championship game was faulty, overstating the pressure by one-third to nearly one-half psi, a further complication in assessing what happened with the footballs.

But Wells, like so many legal counsels whom I’ve witnessed in government, settled on a conclusion and then arranged the facts to best support that verdict. He “credited” information that he liked and brushed aside evidence that went in another direction.

One of Wells’s “gotcha” moments related to McNally’s explanation for why he used the bathroom, saying he felt the need to urinate before heading out onto the field. While Wells and his investigators found this rationale highly suspicious, it would not be for any guy who has ever gone to a sporting event.

Wells and his sleuths also pounced when McNally said he had used a “urinal.” They noted that there was no urinal in the bathroom, only a toilet. Supposedly, this showed that McNally was lying when he said he had used a urinal and thus he must have been busy deflating footballs, although whichever endeavor he was engaged in he would have seen the toilet. Far more likely, he didn’t remember something as mundane as whether it was a toilet or a urinal, or maybe he just defines the device based on what he uses it for.

In journalism, we call this kind of slanted investigation a “jam job,” stacking the facts to build toward only one conclusion. I don’t like it when I read such “white papers” or “committee reports” from U.S. government officials and it annoyed me to see it in this context, even if we are “just” talking about the reputation of a football player.

33 comments for “Why Write about NFL’s ‘Deflategate’”