As Americans turn against the “war on drugs” and especially criminal penalties for marijuana use, an alternative approach could be a combination of decriminalized pot and strict rules against advertising, as William John Cox suggests.

The War on Drugs has proven to be a monstrous mistake resulting in the waste of a trillion dollars and the shameful criminal conviction and incarceration of thousands of Americans. While the end to drug prohibition may not be entirely possible, the more limited movement to decriminalize the use and possession of marijuana is gaining momentum. Those who support ending drug prohibition, but continue to believe drug use is harmful, have the responsibility to find ways to avoid the advertising and promotion of legalized marijuana.

Given the ways of capitalism and the greed of corporate America, how long will it be before highway billboards, radio and television advertisements, and Internet pop-up ads begin to promote the latest and best in marijuana products? “This bud’s for you” will take on a whole new meaning. 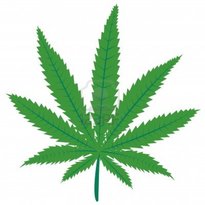 The American people have learned that the prohibition of intoxicating liquor only led to the glorification of drinking and criminality. Experience has also shown that education and reasonable regulation has led to a substantial reduction in the use of tobacco products. Both of these substances remain readily available and are widely advertised (despite restrictions on selling tobacco products through TV and radio). What’s wrong with this picture?

Even though a society may come to believe the prohibition and criminalization of a product is not the best way to confront the problems it causes, does not mean it should also roll over and allow the product to be promoted. Just because people can legally purchase something does not mean it is necessarily good for them. Products such as alcohol, tobacco and marijuana can become habituating and addicting, causing harm to individuals who are enticed by advertising to crave them.

It may be that one small glass of red wine a day can help reduce the risk of heart disease, or that a couple of tokes of marijuana may relieve the pain of some diseases, encourage the appetite of someone suffering from cancer, or perhaps even prevent cancer.

Unrestrained recreational use of these substances will, however, lead to harmful consequences in many people who consume them. While warning labels on cigarette packs and cautions to drink responsibly may provide some benefit, warnings are not as effective as avoiding advertising the product in the first place.

Members of the alcohol industry spend billions of dollars each year in an attempt to secure their market share of the lucrative business. The expenditure exposes young people to thousands of television and magazine ads each year, many of which target this impressionable audience.

Advertising by the tobacco industry exceeds that of the liquor industry, amounting to more than $15 billion per year. The money is ostensibly spent to secure brand and customer loyalty, but it also attracts new users, as older ones die off or learn to stop abusing their bodies with tobacco. With tobacco use killing almost six million people each year, the World Health Organization has called on all countries to ban all forms of tobacco advertising, promotion and sponsorship.

The First Amendment provides the right of free speech, and this right has been extended to corporations that make money supplying these legal, albeit risky and inherently dangerous products. The public also requires truthful and factual information in making decisions regarding the purchase and use of the products. Advertising hype is not designed to supply that need.

Can the public protect itself from being misled by the promotion and advertising of inherently harmful products it chooses to not criminalize? Answering that question requires an understanding of the difference between ideological and commercial speech.

There is a difference between a well-researched and balanced article discussing the benefits of a glass of wine each evening or the medical uses of marijuana, and paid commercial advertising depicting the glamour of drinking or touting a marijuana product that provides the greatest high this side of Colorado. Requiring marijuana products to be sold in plain brown paper bags is not the same as allowing pot to be peddled in a psychedelic package.

As late as 1942, a unanimous Supreme Court ruled that the First Amendment posed no “restraint on Government as respects purely commercial advertising.” In doing so, the Court said there was a difference between ideological (harm versus benefits) and commercial (advertising) speech.

The issue was reconsidered by the Court in 1976 regarding a Virginia statute that restricted pharmacies from advertising their prices, as being unprofessional conduct. In overruling the statute, the Court said, “If there is a right to advertise there is a reciprocal right to receive such advertising.” The opinion did, however, allow for some circumstances, such as false and deceptive advertising, in which commercial speech could be restricted.

Four years later, the Court expanded on its ruling by finding that commercial speech could be protected “from unwarranted governmental regulation” if it “protects not only the speaker but also assists consumers and furthers the societal interest in the fullest possible dissemination of information.”

The Supreme Court went on to decide that Rhode Island could not entirely ban liquor price advertising, nor could the Federal Communications Commission ban casino advertising in states where gambling is legal. The Court left it up to the speaker and the audience to “assess the value of accurate and nonmisleading information about lawful conduct.”

The Supreme Court looks to the legislative intent of Congress whenever it reviews the constitutionality of a law. In doing so, the Court starts with a “strong presumption of validity” in favor of the policy judgments that led to the legislation. Thus, it is essential that congressional deliberations justify its choice of policy alternatives, based on evidence it considered.

Given the several sides of the issue, could Congress find it better policy to prohibit the advertising of inherently harmful products, instead of outlawing the actual product? The fact that a deliberate decision is made to deal with a social problem by means other than the criminal justice system could well justify a policy to disallow its being advertised and promoted.

Let us assume Congress decided it was not in the best interests of society for the criminal justice system to deal with the sale, purchase, possession or use of alcohol, tobacco and marijuana products. Congress could also find that it was equally in the public interest that manipulative advertising should not be allowed to tempt people into purchasing the products.

In arriving at these decisions, Congress could hold hearings and consider the factual evidence weighing on the issues. It would not be unreasonable for Congress to conclude that consumption of these products is inherently more harmful, than beneficial, to individual users and society in general. Effective prevention of use in a balanced system of justice can rely on prohibiting advertising of a product, rather than prohibiting its sale and possession.

Although it is difficult to imagine, Congress might find the political courage to actually represent the voters and resist the inevitable lobbying campaign by the industries involved, including the mass media that profits from advertising. Constitutional legislation could be passed prohibiting the advertising and promotion of inherently dangerous products.

Would such a law benefit American society? The government would not punish people for their personal choice to indulge in potentially harmful products, it would just prevent the producers of the products from inducing them to do so. Wine would still be available for those wanting to sip their glass a day to keep the doctor away, but young people would not be enticed to chug the latest sugar-laced wine coolers.

Essentially, the advertising and promotion of risky products are inherently false and misleading, even if they truthfully list price differences and promote brand logos. Consumers may think products are safe, if the government allows them to be advertised. Why should anything requiring a warning label be advertised?

Once the concept is established that it is better to disallow advertising of alcohol, tobacco and marijuana products rather than to criminalize their sale, purchase, possession or consumption, there are other similar products Congress might want to consider for inclusion.

Should gambling, including state-sponsored lotteries, be advertised to compulsive gamblers and the poor who can least afford the risk? Should prescription drugs be directly marketed to patients, especially for off-label use? Should video games, movies and music containing adult-level violence be marketed to children? Should hard-core, particularly violent, pornography, be advertised at all?

It remains to be seen whether corporations should have any constitutional rights, particularly First Amendment rights of free speech and commercial advertising. But for now, a good first step would be to prohibit inherently harmful advertising from all sources.

The best time to restrict or eliminate the advertising of marijuana is when the initial decision is being made to legalize the product, before it achieves legal status and becomes entrenched in the marketplace.

William John Cox is a retired prosecutor and public interest lawyer who writes on political, policy and social matters.

4 comments for “A Plan to Legalize Pot But Ban Advertising”