Exclusive: The Ukraine government’s latest maneuver undermining the Minsk-2 agreement with a requirement for a rebel surrender is likely to drive the country back into a full-scale civil war and push the U.S. and Russia closer to a nuclear showdown, reports Robert Parry.

By adding a poison pill to legislation implementing the latest Minsk agreement, the Ukrainian government has effectively guaranteed a resumption of the civil war, which U.S. hardliners and the mainstream U.S. media will no doubt blame on ethnic Russian rebels and Russian President Vladimir Putin.

The U.S. media has focused on the so-called Minsk-2 agreement’s cease-fire component, first claiming it was being sabotaged by the rebels and Russia but now acknowledging that it is shaky but relatively successful. But the larger point of Minsk-2 was that it would provide for a political settlement of the civil war by arranging talks between Kiev and authorities in the east that would lead to giving those areas extensive self-rule by the end of 2015. 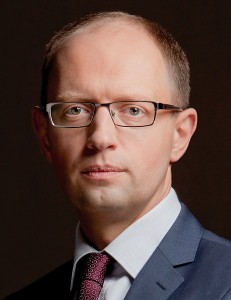 But the implementing law that emerged this week from the Ukrainian parliament in Kiev inserted a clause requiring the rebels to first surrender to the Ukrainian government and then letting Kiev organize elections before a federalized structure is determined.

The Minsk-2 agreement had called for dialogue with the representatives of these territories en route to elections and establishment of broad autonomy for the region, but Kiev’s curveball was to refuse any talks with rebel leaders and insist on establishing control over these territories before the process can move forward, in effect requiring a rebel capitulation.

Reflecting that view, Vadim Karasyov, director of the independent Institute of Global Strategies in Kiev, said: “Ukraine isn’t going to go along with any legalization of those so-called people’s republics. We need them to be dismantled,” according to the Christian Science Monitor.

The leaders of the Donetsk and Luhansk “people’s republics” have protested this bait-and-switch tactic, declaring in a statement that the change was unacceptable: “We agreed to a special status for the Donbass within a renewed Ukraine, although our people wanted total independence. We agreed to this to avoid the spilling of fraternal blood.”

Kiev’s maneuver reflecting the bellicose position of neocon Assistant Secretary of State Victoria Nuland and other U.S. hardliners puts pressure on German Chancellor Angela Merkel and French President Francois Hollande to either get Ukraine’s President Petro Poroshenko to return to the original understanding of Minsk-2 or watch the fighting resume leading to a potential showdown between nuclear-armed Russia and the United States on Russia’s border.

The surrender-first-negotiate-later stipulation also raises questions about the strength of Merkel and President Barack Obama to overcome resistance from America’s powerful neoconservatives who have exploited the Ukraine crisis to isolate Russia and drive a wedge between Obama and Putin. The two leaders had cooperated to reduce tensions with Syria and Iran in 2013 when the neocons were hoping for more “regime change.”

Following those Obama-Putin collaborations, Nuland and other neocons both inside the Obama administration and in Congress took aim at Ukraine, egging on public disruptions in Kiev to destabilize the elected government of President Viktor Yanukovych during the winter of 2013-14. [See Consortiumnews.com’s “The Neocons — Masters of Chaos.“]

To a great extent, the Ukraine crisis became Nuland’s baby as she rallied Ukraine’s business leaders and political activists to challenge Yanukovych and discussed with U.S. Ambassador Geoffrey Pyatt in early February 2014 how, in his words, to “midwife this thing.”

In that same conversation, Nuland expressed her disgust at the European Union’s less aggressive approach to the crisis with the pithy expression, “Fuck the EU.” She also handpicked new leaders, ruling out some politicians and declaring that “Yats is the guy,” a reference to Arseniy Yatsenyuk who became the post-coup prime minister. (This past week, it was Yatsenyuk who oversaw the insertion of the poison pill into the legislation for implementing the Minsk-2 agreement.)

Cue in the Neo-Nazis

The uprising in Kiev reached its peak on Feb. 22, 2014, when a violent coup spearheaded by neo-Nazi militias from western Ukraine drove elected Yanukovych from office, with the U.S. State Department immediately declaring the new regime “legitimate.” The coup government then sought to impose its control over the ethnic Russian east and south, which had been Yanukovych’s base of support.

Protected by Russian troops who were already based in Crimea on a base-lease agreement, the people of Crimea voted to secede from Ukraine and rejoin Russia, an annexation that took place one year ago. Uprisings also occurred in the eastern Donbass region with hastily arranged referenda also seeking independence from Kiev.

The coup regime responded by declaring those resisting in the east to be “terrorists” and mounting a punitive “anti-terrorist operation” that relied on army artillery to bombard cities and neo-Nazi and other right-wing militias to go in for the brutal street-to-street fighting.

Thousands of ethnic Russians were killed in these offensives as the rebels were pushed back into their strongholds of Donetsk and Luhansk. However, receiving supplies and other assistance from Russia, the rebels turned the tide of the conflict and began driving the Ukrainian military back, inflicting heavy losses.

To stop the rout of government forces last September, the first Minsk ceasefire established a tentative frontline around the rebel strongholds. But Kiev continued to squeeze the rebel-held cities by cutting off access to banking and other services while neo-Nazi and other militias undertook “death squad” operations to kill rebel sympathizers in government-controlled zones.

When that first cease-fire broke down, the rebels made new gains against the Ukrainian military, prompting Merkel and Hollande to broker a second ceasefire, which included a structure for resolving the crisis with a political settlement to grant eastern Ukraine substantial autonomy.

But Nuland and other U.S. hard-liners objected to the concessions and trade-offs arranged by Merkel and Holland and accepted by Poroshenko and Putin. The U.S. hard-liners began plotting how to reverse what they claimed was “appeasement” of “Russian aggression.”

The German press has reported on some of this U.S. strategy after the Bild newspaper obtained details of conversations that Nuland and other U.S. officials held behind closed doors last month at a security conference in Munich. Nuland was overheard disparaging the German chancellor’s initiative, calling it “Merkel’s Moscow thing,” according to Bild, citing unnamed sources.

Another U.S. official went even further, the report said, calling it the Europeans’ “Moscow bullshit.”

Talking Themselves into a Frenzy

The tough talk behind the closed doors at a conference room in the luxurious Bayerischer Hof hotel seemed to be contagious as the American officials, both diplomats and members of Congress, kept escalating their rhetoric, according to the Bild account.

Nuland suggested that Merkel and Hollande cared only about the practical impact of the Ukraine war on Europe: “They’re afraid of damage to their economy, counter-sanctions from Russia.”

Another U.S. politician was heard adding: “It’s painful to see that our NATO partners are getting cold feet” with particular vitriol directed toward German Defense Minister Ursula von der Leyen as “defeatist” because she supposedly no longer believed in a Kiev victory.

Sen. John McCain, R-Arizona, got himself worked up into such a lather that he started making comparisons to British Prime Minister Neville Chamberlain going to Munich to “appease” Adolf Hitler, likening Merkel to Chamberlain and Putin to Hitler: “History shows us that dictators always take more, whenever you let them. They can’t be brought back from their brutal behavior when you fly to Moscow to them, just like someone once flew to this city.”

According to the Bild story, Nuland laid out a strategy for countering Merkel’s diplomacy by using strident language to frame the Ukraine crisis in a way that stops the Europeans from backing down. “We can fight against the Europeans, we can fight with rhetoric against them,” Nuland reportedly said.

NATO Commander Air Force Gen. Philip Breedlove was quoted as saying that sending more weapons would “raise the battlefield cost for Putin.” Nuland interjected to the U.S. politicians present that “I’d strongly urge you to use the phrase ‘defensive systems’ that we would deliver to oppose Putin’s ‘offensive systems.’”

Yet, through all of the past year’s scheming and maneuvering by Nuland and other U.S. officials, the mainstream U.S. media has studiously ignored the coup side of the story, insisting that there was no coup and adopting an “I-see-nothing” response to the presence of neo-Nazi militias leading the fight against the ethnic Russian east.

For the New York Times, the Washington Post and the rest of major U.S. press, everything has been explained as “Russian aggression” with Putin supposedly having plotted the entire series of events as a way to conquer much of Europe as the new Hitler. Even though the evidence reveals that Putin was caught off-guard by the coup next door, the U.S. media has insisted on simply passing along Nuland’s propaganda themes.

Thus, it is a safe bet that when the current ceasefire breaks down and the killing resumes, all the American people will hear is that it was Putin’s fault, that he conspired to destroy the peace as part of his grand scheme of “aggression.” And, the Nuland-Yatsenyuk sabotage of Minsk-2 will be the next part of this troubling story to disappear into the memory hole.