Exclusive: The neocon Washington Post, which wants to kill the talks aimed at constraining Iran’s nuclear program, allowed a contrary opinion of sorts onto its pages a neocon who also wants to collapse the talks but is honest enough to say that the follow-up will be a U.S. war on Iran, reports Robert Parry.

Not exactly known for truthfulness, U.S. neocons have been trying to reassure the American people that sinking a negotiated deal with Iran to limit its nuclear program would be a painless proposition, but at least one prominent neocon, Joshua Muravchik, acknowledges that the alternative will be war and he likes the idea.

On Sunday, the neocon Washington Post allowed Muravchik to use its opinion section to advocate for an aggressive war against Iran essentially a perpetual U.S. bombing campaign against the country despite the fact that aggressive war is a violation of international law, condemned by the post-World War II Nuremberg Tribunal  as “the supreme international crime.” 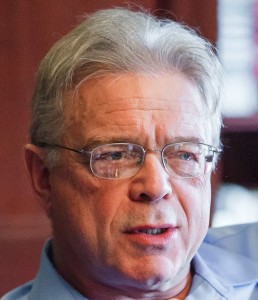 Given that the Post is very restrictive in the op-ed pieces that it prints, it is revealing that advocacy for an unprovoked bombing campaign against Iran is considered within the realm of acceptable opinion. But the truth is that the only difference between Muravchik’s view and the Post’s own editorial stance is that Muravchik lays out the almost certain consequences of sabotaging a diplomatic solution.

In his article headlined “War is the only way to stop Iran” in print editions and “War with Iran is probably our best option” online, Muravchik lets the bloody-thirsty neocon cat out of the bag as he agrees with Israeli Prime Minister Benjamin Netanyahu’s hysterical view of Iran but recognizes that killing international negotiations on limiting Iran’s nuclear program would leave open only one realistic option:

“What if force is the only way to block Iran from gaining nuclear weapons? That, in fact, is probably the reality. Sanctions may have induced Iran to enter negotiations, but they have not persuaded it to abandon its quest for nuclear weapons. Nor would the stiffer sanctions that Netanyahu advocates bring a different result.

“Does this mean that our only option is war? Yes, although an air campaign targeting Iran’s nuclear infrastructure would entail less need for boots on the ground than the war Obama is waging against the Islamic State, which poses far smaller a threat than Iran does. Wouldn’t destroying much of Iran’s nuclear infrastructure merely delay its progress? Perhaps, but we can strike as often as necessary.”

Typical of the neocons, Muravchik foresees no problem with his endless bombing war against Iran, including the possibility that Iran, which Western intelligence agencies agree is not working on a bomb, might reverse its course if it faced repeated bombing assaults from the United States.

This neocon-advocated violation of international law also might further undermine hopes of curbing violence in the Middle East and establishing some form of meaningful order there and elsewhere. This neocon view that America can do whatever it wants to whomever it wants might actually push the rest of the world into a coalition against U.S. bullying that could provoke an existential escalation of violence with nuclear weapons coming into play.

Of course, neocons never foresee problems as they draw up these war plans at their think tanks and discuss them on their op-ed pages. Muravchik, by the way, is a fellow at the neocon-dominated School of Advanced International Studies at Johns Hopkins and the Washington Post’s editorial page is run by neocons Fred Hiatt and Jackson Diehl.

But, as U.S. officialdom and the American people should have learned from the Iraq War, neocon schemes often don’t play out quite as well in the real world not that the neocons seem to care about the hundreds of thousands of dead Iraqis or the nearly 4,500 U.S. soldiers who died fighting in the neocons’ Iraq debacle.

For the neocons, their true guiding star is to enlist the U.S. military as the enforcers of Netanyahu’s strategic vision. If Netanyahu says that Iran not al-Qaeda and the Islamic State is the more serious threat then the neocons line up behind that agenda, which also happens to dovetail with the interests of Israel’s new ally, Saudi Arabia.

So, Americans hear lots of scary stories about Iran “gobbling up” its neighbors as Netanyahu described in his lecture to a joint session of the U.S. Congress this month even though Iran has not invaded any country for centuries and, indeed, was the target of a Saudi-backed invasion by Iraq in 1980.

Not only did Netanyahu’s wildly exaggerate the danger from Iran but he ignored the fact that Iran’s involvement in Iraq and Syria has come at the invitation of those governments to help fight the terrorists of al-Qaeda’s Nusra Front and the Islamic State. [See Consortiumnews.com’s “Congress Cheers Netanyahu’s Hatred of Iran.”]

In other words, Iran is on the same side of those conflicts against Sunni terrorists as the United States is. But what we’re seeing now from Israel and the neocons is a determined effort to shift U.S. focus away from combating Sunni terrorists — some backed by Saudi Arabia — and toward essentially taking their side against Iran, Iraq and Syria.

That’s why the neocons are downplaying the atrocities of al-Qaeda and the Islamic State or for that matter the chopping off of heads by Israel’s Saudi friends while hyping every complaint they can about Iran. [See Consortiumnews.com’s “The Secret Saudi Ties to Terrorism.”]

Muravchik favors this reversal of priorities and doesn’t seem to care that a U.S. bombing campaign against Iran would have a destructive impact on Iran’s ability to blunt the advances of the Islamic State and Al-Qaeda. The neocons also have been hot for bombing Syria’s military, which along with Iran represents the greatest bulwark against the Islamic State and Al-Qaeda.

The neocons and Netanyahu seem quite complacent about the prospect of the Islamic State or Al-Qaeda’s Nusra Front hoisting their black flags over Damascus or even Baghdad. Yet, such a move would almost surely force the U.S. president whether Barack Obama or his successor to return to a ground war in the Middle East at enormous cost to the American people.

The obvious alternative to this truly frightening scenario is to complete the international negotiations requiring Iran to accept intrusive inspections to ensure that its nuclear program remains peaceful and then work with Iran on areas of mutual interests, such as rolling back the advances of the Islamic State in Syria and Iraq and Al-Qaeda’s Nusra Front in Syria.

This more rational approach holds out the prospect of achieving some stability in Iraq and if accompanied by realistic negotiations between Syria’s President Bashar al-Assad and his political opponents reducing the bloodletting in Syria if not ending it.

That pragmatic solution could well be the best result both for the people of the region and for U.S. national interests. But none of that would please Netanyahu and the neocons.

34 comments for “A Neocon Admits the Plan to Bomb Iran”