Exclusive: Despite promises of “openness,” President Obama has treated information that could inform American democracy like Tolkien’s character Gollum coveted his “precious” ring. Obama is keeping for himself analyses that could change how the public sees the crises in Syria and Ukraine, writes Robert Parry.

President Barack Obama promised a “transparent” administration, reviving democracy by letting Americans see into the inner workings of their government as much as possible, an implicit criticism of the excessive secrecy of his predecessor, George W. Bush. But instead Obama’s presidency has been one of the most opaque and deceptive in modern history.

Not only has Obama continued to wrap the carry-over anti-terrorism wars in maximum secrecy but he has taken unprecedented steps to shut down leaks by prosecuting whistleblowers who talk to the press. And, he has left standing his administration’s misleading rushes to judgment on key issues after U.S. intelligence analysts have refined or reversed the first impressions. 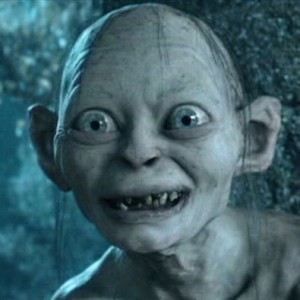 Gollum, a character in J.R.R. Tolkien’s Lord of the Rings fantasy novels.

Whether on the Syrian sarin attack in 2013 or pivotal incidents in the Ukraine crisis who was behind the sniper attacks in Kiev last Feb. 20 and who shot down Malaysia Airlines Flight 17 last July 17 Obama has withheld evidence developed by U.S. government analysts rather than undercut the propaganda value of the initial accusations.

In the sarin incident, Secretary of State John Kerry and others rushed to blame President Bashar al-Assad’s government bringing the U.S. military to the brink of war and similarly the State Department exploited the two most iconic events of the Ukraine crisis by blaming then-President Viktor Yanukovych for the sniper killings and Russia and ethnic Russian rebels for shooting down MH-17 killing all 298 people onboard.

After the State Department had squeezed out the propaganda value of those accusations, U.S. intelligence analysts came to more detailed conclusions with their findings conflicting with the hasty finger-pointing after the events. But instead of refining or correcting the record, the Obama administration typically went silent, leaving the initial impressions in place even when the President knew better.

In the context of Ukraine, I asked one senior administration official about this behavior and he responded that Russia held most of the advantages there by nature of proximity and history but that one advantage the United States wielded was “information warfare” and it made no sense to surrender that edge by withdrawing accusations that had put Russian President Vladimir Putin on the defensive.

Thus, in this Orwellian world that seems to have swallowed America’s major institutions, what mattered most was how “information” including false or misleading propaganda could be deployed for geopolitical purposes even if it also involved deceiving the U.S. public. Or, one might say, especially if it deceived the U.S. public.

This attitude toward manipulating rather than informing the American people has a long and grim history. For instance, President Lyndon Johnson won congressional support for his disastrous Vietnam War escalation by citing the Tonkin Gulf incident, a false claim about North Vietnamese aggression which has since been debunked but still is used historically by the Defense Department to justify the millions killed in that conflict.

After the U.S. defeat in Vietnam, President Ronald Reagan set up inter-agency task forces devoted to the concept of “perception management,” essentially how to get the American people to “kick the Vietnam Syndrome” and get back into line behind U.S. military interventions abroad, a CIA-inspired campaign that proved stunningly successful. [See Consortiumnews.com’s “The Victory of ‘Perception Management.’”]

Last decade, the American people got their perceptions managed once more regarding Iraq’s non-existent WMD, leading to another catastrophic war which continues to spread chaos and death across the Middle East to this day. One might think that with that bloody history, President Obama would want to fulfill his promises of “transparency.”

According to a memorandum instructing Executive Branch department heads, Obama wrote: “My Administration is committed to creating an unprecedented level of openness in Government.  We will work together to ensure the public trust and establish a system of transparency, public participation, and collaboration. Openness will strengthen our democracy and promote efficiency and effectiveness in Government.”

Instead, Obama has clamped down more than ever on openness and transparency, including the prosecution of more government whistleblowers than all the previous presidents combined and sitting on U.S. intelligence reports that would change how Americans understand major international crises.

By and large, Obama has continued the excessive secrecy of President George W. Bush, including withholding from the American people 28 pages of the 2002 congressional investigation into the 9/11 attack that relate to Saudi financing for al-Qaeda terrorists.

Obama also has refused to give the U.S. public access to the updated intelligence analyses of more current crises, including the near American military entry into the Syrian civil war in 2013 and the potential nuclear showdown with Russia over Ukraine in 2014. So, even when American lives are being put at risk by rushes to judgment, Obama doesn’t believe that the people have a right to know the facts.

The Pathology of Secrecy

I spoke with one person who has known Obama since he was a senator from Illinois who suggested the President is fearful that if he does release these secrets and some negative consequences result that he’ll be blamed. In order words, Obama in practice is too scared to live up to his commitment about “transparency.”

Another less generous explanation is that Obama is at heart an elitist who likes to surround himself with secrets but doesn’t want to share them with common citizens who are best treated like the proverbial mushrooms kept in the dark and fertilized.

Or put differently, Obama is like the character Gollum in J.R.R. Tolkien’s The Lord of the Rings series who is entranced by the power of the One Ring and obsessively pursues it, what he calls “my Precious.” In that analogy, Obama can’t part with his precious secrets despite his promises to the American people about government openness.

Surely, Obama does get warnings against letting the public in on what the U.S. government knows about pivotal events. Government bureaucrats can always find reasons to keep information secret. But presidents have the ultimate say in what is kept secret and what is released.

And, except for a flurry of disclosures immediately after taking office, including Bush’s legal memos justifying torture, Obama has done less about opening up the federal government’s archives than many recent presidents. For instance, President Bill Clinton declassified Cold War-era files on U.S. participation in Guatemala’s decades of brutal repression.

Obama has shown less enthusiasm for giving Americans back their history. More importantly, however, Obama has withheld crucial information about current crises, such as the Syrian sarin attack and events that drove the Ukrainian civil war. [See Consortiumnews.com’s “The Collapsing Syria-Sarin Case” and “The Danger of an MH-17 Cold Case.”]

In both areas, his administration rushed to judgment based on fragmentary information and as more detailed data became available challenging the earlier claims Obama clamped down on what the American people were allowed to hear.

Much like the Tonkin Gulf case, war hawks in the U.S. government found the misimpressions useful, so they didn’t want to correct the record. All the better to get an edge on foreign “adversaries” and manage the perceptions of the American people.

And, for whatever his reasons, President Obama couldn’t let go of his “Precious.”

← Netanyahu Uses US Congress as Prop
Disdaining ‘the Search for Truth’ →