The International Criminal Court brought hope that victims of serious crimes of state could finally get some justice, but instead the truly powerful have retained their impunity while alleged violators from weak countries are dragged before the ICC, a reality that may yet change, says Lawrence Davidson.

Americans consider themselves citizens of “the Land of the Free” with a tradition of rugged individualism that still provides mythical fodder for organizations such as the Tea Party and the National Rifle Association.

People associated with such organizations (and their numbers are in the millions) also exhibit a deep suspicion of government. They believe that the politicians they elect should, as one-time Republican presidential candidate Barry Goldwater put it, “aim not to pass laws, but to repeal them.” They believe that the fewer rules and laws there are (except those promoting their own peculiar brand of morality), the greater is the citizen’s freedom. 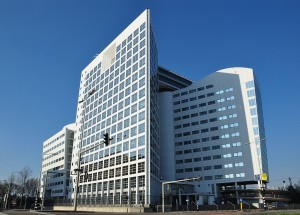 It takes just a little bit of historical knowledge to know that this attitude is dangerous nonsense. The fact is you cannot have a stable and safe human environment without rules and laws.

That is one reason why they have always existed in one form or another at multiple levels of human society, in the family, the classroom, private clubs, the town, the state, the country, and so forth. In fact, human history can be read as the expansion of enforceable rules or laws from smaller to larger groupings. Wider circles obeying the same set of hopefully humane rules.

It is also a historical fact that the larger and more developed a society becomes, the more rules and laws it accumulates. This tendency, which has become analogous with “big government,” seems to drive right-wingers crazy.

And indeed, some of these regulations might well be superfluous (generating “red tape”), but others are not. In fact, it is well thought-out rules and laws that hold societies together – countering, though not always adequately, the centrifugal forces of economic greed, special interest selfishness, and the callousness of citizens who would turn their backs on societal needs so as to avoid paying taxes.

It is my guess that most of us, worldwide, know what good rules or laws look like. In part they reflect the sort of rights and restrictions enshrined in the Universal Declaration of Human Rights, various Geneva Conventions, the Charter of the United Nations and similar documents agreed to by peoples of many cultures.

When these are taken seriously as models for enforceable law, they have the potential to both rein in the anarchists and prevent draconian behavior by the powerful and influential.

Who Is Above the Law?

The adage that no one should be above the law is of particular importance here. The problem is that there are innumerable cases where some individual or group holds sufficient political power to defy the rule of law.

This situation, which almost always leads to an abuse of power, can arise both domestically and internationally. In the context of domestic national affairs we call such people dictators or tyrants, or amoral CEOs of companies that allegedly are “too big to fail.”

These folks are easily identified but, short of revolution, less easily brought to account. Then there are the crimes committed under the guise of foreign policy and directed against people of other countries.

In such cases the average citizen of the offending nation either does not know what is happening or is made to believe that crimes are not crimes, but rather actions in defense of alleged national interests. These highly placed leaders presuming to be above the law are sometimes harder to identify and even less likely to be held accountable.

It is to address this problem of accountability that the the International Criminal Court (ICC) was established in 2002 by a multilateral treaty known as the Rome Statute. According to its own rules, the Court operates only when national courts will not or cannot prosecute an individual suspected of heinous crimes such as genocide, crimes against humanity, or other war crimes.

Also, in order for the Court to have jurisdiction, crimes must have taken place within the territory of one or more of the 123 states that have ratified the Statute.

A number of important countries, such as India, China and Saudi Arabia, have refused to sign on to the Rome Statute. Others, like the United States and Israel, have signed but never ratified the treaty and, subsequently, announced that they do not recognize the jurisdiction of the ICC.

That does not mean suspected criminals from non-ratifying nations are completely beyond the court’s jurisdiction. If a ratifying state claims that nationals of a non-ratifying state have committed crimes within its territory, the Court can investigate and, if warranted, indict the accused party.

But then one comes up against the problem of enforcement. How do you arrest the indicted person if he is Henry Kissinger, George W. Bush or any number of Israeli military and civilian leaders, all of whom may well warrant the Court’s attention.

This issue has not yet been fully confronted because, until very recently, no one has actually brought the crimes of individuals representing large and powerful states or their allies to the attention of the Court. As a result the ICC’s list of prosecutions is notably lopsided.

To date, all those indicted by the court have come from small nations without great power allies and lacking influence within international institutions like the United Nations. Indeed, many of these prosecutions are against citizens of so-called failed states.

However, this is about to change due to the decision of the Palestinian National Authority to join the ICC. This has resulted in an ICC preliminary investigation of Israeli war crimes during the 2014 invasion of the Gaza Strip.

How this investigation plays out will be a real test of ICC effectiveness. At this stage of our collective political history, how serious are we about creating a common set of rules allowing the investigation and punishment of serious crimes committed not just by leaders of small and weak states, but also by those who lead strong and influential nations?

In other words, since law is one of the foundations of civilization, shouldn’t we make sure that no one stands above it.

7 comments for “Can ICC Mete Out Justice to Powerful?”