At the start of the Reagan administration, Ambassador Robert White refused to cover up the rape-murders of four American churchman in El Salvador and paid for his integrity with the end of his career. His death last Tuesday at age 88 marked the passing of a courageous diplomat, writes ex-CIA analyst Melvin A. Goodman.

The death of Ambassador Robert E. White is a reminder of what an American envoy can do to advance our principles and to guide our foreign policy. As an ambassador to Paraguay and El Salvador in the 1970s and 1980s, White demonstrated a commitment to social justice and human rights. Sadly, he was dismissed from the Foreign Service by Secretary of State Alexander Haig because the Reagan administration had decided on a policy of militarism in Central America.

Bob White was the ambassador in El Salvador in December 1980 when four American churchwomen were raped and murdered by the armed forces of the U.S.-backed Salvadoran government. The evening before their murders, two of the women had dinner at White’s home to discuss the problems that relief workers were having in El Salvador. At the grave site for two of the women, White repeated over and over again that “This time they are not going to get away with it.” 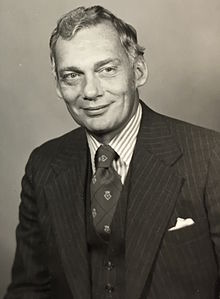 White took what started as a clandestine assassination attempt and turned it into a full-fledged international incident. He filed cables to the State Department and testified to the Congress. Secretary of State Haig suppressed White’s cables from El Salvador, and FBI Director William Webster refused to release any documents related to the murders.

The Reagan administration made sure that the efforts of the families of the murdered women could get no access to documents from the State Department, the FBI, and the CIA. In 1989, the CIA even relocated to Miami the Salvadoran defense minister complicit in the murder of the American nuns.

Until very recently, White was active in testifying in Florida in the trials of those involved in the murders.

Nine months before the murder of the nuns, Ambassador White informed the State Department that El Salvador’s leading right-wing politician, Robert D’Aubuisson had ordered the assassination of the Archbishop of San Salvador, Oscar Arnulfo Romero. In this case, the CIA knew exactly who pulled the trigger to kill Romero, but failed to inform the congressional intelligence committees.

The CIA’s deputy director for intelligence, Robert Gates, suppressed all intelligence on the killing, part of the Agency’s effort to bury many of the truths of American policy toward Latin America in the 1980s.

White was obviously aware of these truths, and in 1980 forwarded a series of sensitive cables condemning the extreme forces on the Right made up of the rich landowners, their private armies, and high-ranking military officers. He warned that there would be no end to the violence against the clergy and the disadvantaged unless the United States used its influence with the uniformed military.

Unfortunately, Secretary Haig and CIA Director William Casey had other ideas that involved a massive paramilitary program to protect the right wing in El Salvador and to train and arm the Nicaraguans in Honduras the Contras to overthrow the Sandinistas. This marked the beginning of Iran-Contra, which Ambassador White would never have tolerated.

In challenging Assistant Secretary of State for Latin America Elliott Abrams, White tried to get a replacement for the CIA station chief in San Salvador, who was forwarding politicized intelligence to justify continued military support for the government. White also took issue with a State Department “white paper,” drafted by CIA analysts on instructions from Gates, that falsely pictured a “flood of arms” from such Soviet allies as Vietnam, Ethiopia, and Bulgaria to Central America.

The directorate of operations of the CIA was particularly opposed to the role of Bob White because of his opposition to its program to develop secret police forces throughout Central America. The CIA stations in Central America were at odds with the embassies because of the close collaboration between the CIA and the ministries of the interior as well as the police. White knew that the violence that ensued from this collaboration was responsible for the wave of emigration to the United States as people were fleeing from instability.

As a result, he was summarily dismissed as ambassador and was told that the only job available to him was in the Foreign Service Inspection Corps, a traditional dumping ground for career officers singled out for retribution. When Bob White declined this assignment, he was dismissed from the Foreign Service.

Once again, a serious whistleblower was totally vindicated by the events that took place in Central America in the 1980s. White warned the Reagan administration against a policy of militarism, but the neoconservatives of the time led by Haig, Casey, Gates, and Abrams got their policy and the violence that accompanied it. The United States would clearly benefit by having more diplomats like Bob White.

Melvin A. Goodman is a senior fellow at the Center for International Policy in Washington, DC and adjunct professor of government at Johns Hopkins University.  He is the author of The Failure of Intelligence: The Decline and Fall of the CIA and National Insecurity: The Cost of American Militarism as well as the forthcoming The Path to Dissent: The Story of a Whistleblower at the CIA (City Lights Publishers, 2015).  Goodman is the national security and intelligence columnist for counterpunch.org, where this story first appeared.)

2 comments for “The Integrity of Ambassador Robert White”