On Jan. 7, two heavily armed men walked into the Paris offices of a satirical magazine called Charlie Hebdo (Charlie Weekly) and methodically murdered 12 people, including the magazine’s editor Stephane Charbonnier (aka Charb), four cartoonists, a columnist, a proofreader, a maintenance worker, two policemen stationed inside the building, and one outside.

The killers were Muslim extremists associated with al-Qaeda, but their actions were praised by the Islamic State (also known as ISIS) as well. Almost everyone else, including most Muslim commentators, condemned the attack for the horrible crime it certainly was. 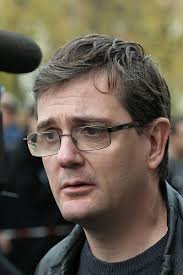 Why Charlie Hebdo? The immediate reason for the attack seems to have been the repeated satirization of the Prophet Mohammed in cartoons that were, to put it mildly, of questionable taste. Of course the magazine had satirized others as well but gave disproportionate attention to Muslims and their Prophet.

I think everyone with a progressive outlook can agree that freedom to criticize governments and other centers of power is an absolute necessity if we are to have a free society. But we must also recognize that the notion of unimpaired free speech is an ideal that is constantly approached and retreated from. In practice its limits tend to be culturally and politically determined. Further, when we move beyond the critique of power there are good arguments for the position that freedom of speech should be coupled with a promulgated definition of social responsibility.

It seems to me that Charb and his magazine had little concern for these issues and, by concentrating their ridicule on Muslims with occasional jabs at the Catholic Church, had accommodated themselves to France’s selectively censored environment. Consider the following:

–Charlie Hebdo was founded in 1970 after its predecessor magazine, called the Hara-Kiri Hebdo, had been shut down by the French government. Why? It had insulted the memory of the then recently deceased Charles de Gaulle.

–If Charlie Hebdo had satirized the Jews in the same way it did the Muslims, its director and staff would have likely been hauled into court and charged with anti-Semitism, expressions of which are illegal in France.

–As the political Scientist Anne Norton points out, while “casting itself as the defender of free speech the Paris prosecutor’s office is investigating [and subsequently has taken into custody] comedian Dieudonne M’bala for ‘defending terrorism’ after his Facebook post, ‘I feel like Charlie Coulibaly.’” Coulibaly was the terrorist involved in the recent Paris violence against Jews.

Charbonnier and his fellows at Charlie Hebdo were aware of the first two facts. Thus, Charb was telling the truth when he said that the magazine was not defending free speech. He knew that the Charlie Hebdo approach would work only as long as its ridicule was seen as politically acceptable by both most French people and their government. Defaming national heroes or Jews was out of bounds, but ridiculing Muslims was and is acceptable, and maybe that is why they became Charlie Hebdo’s preferred target. That, in turn, made the magazine’s staff targets of Muslim extremists.

Whatever Stephane Charbonnier’s actual motives and aims, he and his fellow workers at Charlie Hebdo died in the course of promoting them. At that point their motives were co-opted by the French government in what was soon declared as a war of values. On Jan. 10, French Prime Minister Manuel Valls declared war against “radical Islam” because its practitioners had attacked “our values, which are universal.”

That last claim is an example of French hubris getting in the way of reality. For better or worse, French values are definitely not universal. They are just another version of culturally determined practices which, in terms of speech, set the limits of what the powers-that-be find permissible. These limits may be broader than the ones promoted by Islamists but, as we have seen, they are not open-ended.

Nonetheless the illusion of universal values was used by Prime Minister Valls to rally his fellow citizens. On Jan. 11, a reported 2 million French men and women, with some 40 world leaders (most notably half the Israeli cabinet) at their head, marched through Paris to protest the attack on Charlie Hebdo. It was said to have been the largest public rally France has seen since the liberation of Paris at the end of World War II.

Most of those who attended this historic rally probably knew little or nothing of the context of the crime they protested. And, while the magazine’s demeaning cartoons might have been the immediate cause of the murders, it was certainly not the only cause. Prime Minister Valls publicly declared war just a few days ago, but in truth France has been acting as if it was at war with Muslims and their values for a very long time.

During their 130-year occupancy of Algeria, the French segregated most Muslims from European colonists and adopted policies that undermined the indigenous Arab lifestyle. Since then they haven’t been very welcoming toward Muslim immigrants in France, insisting that they give up their traditional ways and integrate into French culture.

However, as riots in 2005 suggested, very little effort has been made on the part of the French government or its people to accommodate such integration. Finally, France has been promoting intervention in Syria. In an ill-advised effort to undermine the secular regime of Bashar al-Assad, French governments (all of which have had a misplaced and certainly racist sense of mission civilisatrice toward Syria) have helped finance and equip Syrian rebels. This threatens to be a repeat of the U.S. mistake made in Afghanistan back in the 1980s, because a good number of these Syrian rebels hate the French (and other Western powers) as much as they do al-Assad.

Under the present circumstances, and by this I mean given longstanding foreign policies of the Western powers, there is no end in sight for terrorist attacks such as that in Paris or, for that matter, in New York on Sept. 11, 2001. They will come again and again because they are ripostes to even more violent actions coming from the West.

In other words, what we have going here is a vicious cycle. It began with modern imperialism and has been sustained by frankly counterproductive Western policies in the Muslim world – often in support of brutal Arab dictators and racist and expansionist Israelis. What goes around comes around.

This conclusion is usually dismissed by Western leaders as blaming the (Western) victims. However, to take this position one must ignore the myriad number of victims in the Middle East and North Africa. So, sadly, it really is a matter of which victims one gives priority to: the ones in the Twin Towers or the ones in Gaza; the ones in the offices of Charlie Hebdo or the ones killed by French-backed rebels in Syria.

Then there are the dead and injured members of the wedding parties that Western drones inflict with uncanny regularity; the million dead Iraqi civilians; the dead Afghan civilians; the victims of the French-promoted chaos in Libya. There are our victims and there are their victims. It is victims all around and everyone is out for revenge.

A Possible Way Out

Is there a way out of this vicious cycle – one that might also uphold a broad and truly universal standard for freedom of speech? Ideally, there is – it is called international law. This is not just any set of laws, but ones that reflect human and civil rights.

After World War II there were so many victims of war and terror that international laws and conventions were created to prevent, or at least ameliorate, the practices and policies that victimized millions of innocent people. Updated Geneva Conventions and the Universal Declaration of Human Rights (Article 19 of which supports a broad interpretation of freedom of speech) are examples of these efforts.

These are very good precedents which, in theory, have many endorsers among the world’s nations. Unfortunately, their influence on practice has always been marginal and even that much has been waning. Particularly in the last 50 years these rules of behavior have been undermined by fading memories of the mid-Twentieth Century horrors that once made them seem so necessary.

In the place of those memories has come a resurgence of narrow-minded nationalism, delusional racism, outright bigotry, and increasingly unchecked instances of brutality. Some might say that is the true nature of human beings at work – their fallen nature. However, I don’t believe this.

The Geneva Conventions and Universal Declaration of Human Rights are every bit as much a product of human decision-making as are the criminal acts they seek to prevent.

So, ultimately, we have to ask what sort of a world we want to live in. If part of that answer is a world without terror attacks, then we have to honestly investigate why those attacks take place. And, if that investigation reveals (as it surely will) that Western popular ignorance and intolerance, and the governmental policies these conditions allow, have helped motivate those attacks, then it behooves us to reconsider our attitudes and actions and set new standards for our behavior.

The progressive international laws and conventions cited above can serve us as good standards in such an effort.

Strangely, there may be a perverse correlation between how much blood is shed and our eventual moment of self-examination. It took two world wars to produce such documents as the Universal Declaration of Human Rights. How much blood has to be shed before we actually honor them?

← The Integrity of Ambassador Robert White
Neocons: The ‘Anti-Realists’ →