For generations now, the Israeli government has brutalized the Palestinian people, including this summer’s slaughter of more than 2,000 in devastated Gaza, but the Israelis also pass on the bill for repairing the damage to the international community, a lesson in moral hazard, says ex-CIA analyst Paul R. Pillar.

The passage in the British House of Commons of a resolution favoring recognition of a Palestinian state, coming on the heels of the Swedish government’s announcement of its intention to extend such recognition, is the latest indicator of European disgust with Israeli policies.

Recognizing a Palestinian state is, of course, an empty gesture as long as no such state exists on the ground, and the ground that would constitute such a state is under another state’s occupation. But recognition is a peaceful and respectable way to express dismay. 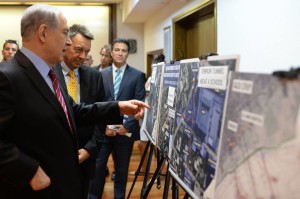 The Conservative MP who chairs the House of Commons foreign affairs committee probably was speaking for many both inside and outside Parliament when he said that he had “stood by Israel through thick and thin” but that “over the past 20 years … Israel has been slowly drifting away from world public opinion,” and that “such is my anger over Israel’s behavior in recent months that I will not oppose the motion. I have to say to the government of Israel that if they are losing people like me, they will be losing a lot of people.”

As the comments of the MP suggest, the behavior that is the object of the dismay and anger has both long-term and short-term components. The long-term part is the continued Israel occupation of conquered territory, with the accompanying subjugation of Palestinians and denial to them of political rights.

In the shorter term is the destruction that the Israeli military wreaked on the Gaza Strip earlier this year, in an operation that began when the Netanyahu government attempted to use force to disrupt a unity pact between the main Palestinian political factions. This week United Nations Secretary General Ban Ki-moon toured the devastation in Gaza, remarking that “no amount of Security Council sessions, reports, or briefings could have prepared me for what I witnessed today.”

Another, even more recent, component of the Israeli-inflicted destruction in Gaza may also have influenced the mood of the Swedes, the MPs at Westminster, and indeed taxpayers in any Western country. At an international conference in Cairo participating countries pledging a total of $5.4 billion in aid, half for reconstruction in the Gaza Strip and the other half as budget support for the Palestinian Authority.

Besides the sheer irksomeness of any of the rest of us in the world community having to pay to repair that damage, think about what this situation implies for Israeli incentives. The Israelis mow the lawn in Gaza as often as they like, and they don’t even have to pay for the clean-up. They may even profit from it because any building supplies that Israel allows to enter the Strip generally come from Israeli sources. (Investment tip: it’s time to be bullish on cement manufacturers in Israel.)

This is an example of what economists call moral hazard: of someone having no incentive to curtail risky (or in this case, outright destructive) behavior because someone else is covering the losses. This in turn is one reason to be pessimistic that the whole tragic cycle of periodic Israeli lawn-mowing will end any time soon. The Israelis’ economic flank is covered by donor conferences, just as their political flank is covered by U.S. vetoes at the Security Council.

Those on the American political Right, who tend to be most sympathetic to those on the Israeli Right who are running that country, ought to think carefully about this situation and how it relates to the principles of economic policy in which they profess to believe.

Governments, including the U.S. government, are stepping in with subsidies that are keeping people from being held accountable for their behavior and its consequences. This isn’t just about makers and takers; it’s makers and takers with the takers also being destroyers.

The situation also ought to be thought of in terms of U.S. fiscal priorities. Any program for the benefit of the United States and U.S. citizens that gets brutalized in the Paul Ryan budget should be stacked up against U.S. subsidization of behavior by countries in the Middle East, and hard questions asked about what U.S. priorities ought to be.

Hamas by all reports is in tough financial shape; that’s one of the incentives it had for making the unity agreement with Fatah. But the damage it caused in this summer’s war was so small that Hamas’s friends in Qatar and Turkey could cover the bill with loose change that has fallen between the cushions of their divans. Heck, one could probably even add to the bill the cost of the Iron Dome missiles that Israel fired at rockets that never caused any damage, and it would be a pretty painless check for the Qataris to write.

The damage that Israeli forces inflicted is many orders of magnitude greater. But Israel is also far wealthier. In terms of GDP per capita it ranks right between New Zealand and Spain, according to the International Monetary Fund. It certainly can pay the bill.

And if it balks at doing so, there are established methods that can peacefully and legitimately be used to collect from deadbeats. The half of the pledges from the Cairo conference devoted to reconstruction in Gaza totals less than the more than $3 billion in annual aid the United States bestows on Israel. Apply a garnishment to less than a year’s worth of the subsidy, and that bill is paid. Hold the taker/destroyer accountable.

← Misdiagnosing What Ails US Schools
The Neocons — Masters of Chaos →