In militarily going after ISIS, President Obama is again letting his foreign policy be shaped by the popular illusions of Official Washington, particularly the idea that aiding Syrian “moderates” is a viable part of the strategy, as ex-CIA analyst Paul R. Pillar explains.

The voluminous commentary about President Obama’s speech on going after ISIS reflects the usual mixture of genuine policy analysis and pursuit of political agendas. A prevalent misdirection exhibited both by those politically opposed to this particular president and those who support him, as well as by many of those who are neutral, is to assume that the strategy laid out in the speech is primarily the product of Barack Obama’s thinking and preferences. It isn’t.

Many of us, if we took full account of current American perceptions and sentiments about ISIS, longer American habits in thinking about terrorism, and the political requirements of serving as U.S. president could have written pretty much the same speech. The strategy in it is primarily the product of those public perceptions, sentiments and habits, which are too strong for most American politicians, including those in Congress as well as the White House, to resist. 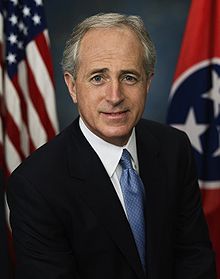 We cannot read Barack Obama’s mind, but the frequently voiced comment, mostly from confirmed critics of the President, that he only slowly realized ISIS to be a serious menace and is belatedly recognizing the need to act forcefully against it is very likely incorrect. It is far more probable that the President’s assessment of the group and of the costs and risks of the various measures that might be taken against it has stayed fairly constant.

What evolved, and evolved rapidly, was the public alarm about the group. This latter interpretation conforms more closely to how we have seen Barack Obama operate and how we have seen American public opinion (and the political responses to it) operate. Mr. Obama had tried (somewhat, though not hard enough) to convey a careful and reasonable assessment of the group’s significance, and of the downsides of possible further U.S. actions in the Middle East. But reasonableness lost out to a groundswell of public sentiment.

There will be disappointments and failures in some of the measures the President described in his speech, and some of the risks involved are apt to materialize into serious costs to U.S. interests. The failures and costs, as well as whatever successes might come from the measures to be taken, should be attributed less to the mind of Barack Obama than to the collective mental habits of the American public.

The most fundamental respect in which this is true is with the overall degree of alarm about ISIS, which far exceeds what would be warranted by careful and sober analysis of the threat that this group, notwithstanding its abhorrent brutality, poses to U.S. interests. Prevailing public sentiment has equated gains in dusty territory in the Middle East with the threat of a terrorist spectacular in the U.S. homeland.

The American public is basing its perception on emotion, and its record in gauging terrorist threats that way is poor. It reacts to the past rather than assessing the future. It is reacting now not only to the past trauma of 9/11 but to also to the gruesomeness of recent videotaped killings of captives, which does not tell us much more about ISIS than we already knew, apart from confirming the group’s willingness to do deadly things in response to U.S. use of force against it, which does not constitute an argument to use force.

The American public looks at terrorism in general not as the timeless tactic that it is but rather in terms of its embodiment in specific named groups or individuals, “the terrorists”, whom the public believes must be eliminated.

This view overlooks the frequently changing roster of groups emerging and dying, splitting and metastasizing. It also overlooks the whole motivations side of when and why anyone either joins or forms a group that has used terrorism, and when and why a resistance group already in existence would resort to terrorism, especially terrorism against the United States. And it overlooks whether mounting a very visible campaign against a group may play into the group’s own plans and ambitions.

The conception of counterterrorism as consisting of the elimination of a fixed group of bad guys is related to the further American inclination to equate counterterrorism with use of military force. The whole “war on terror” metaphor exacerbated this unfortunate tendency.

Military force is only one of several counterterrorist instruments, it is not necessarily the best one to use in any one circumstance, and the sorts of terrorist activity that ought to worry us the most present few good military targets. Disproportionate emphasis on the military instrument also tends to be associated with underestimation of the counterproductive effects that ensue when collateral damage leads to more anger and more motivation to resort to terrorism.

This emphasis also has been associated with the argument advanced by political opponents of Mr. Obama that somehow if he had found a way to extend the presence of U.S. troops in Iraq beyond the eight-and-a-half years it had already lasted that ISIS would not have been a problem. This argument has always been rather rich, given that ISIS, under a different name, came into existence as a direct result of the U.S. invasion of Iraq and overthrow of the incumbent regime.

The historical amnesia involved with the argument extends as well to events later in the last decade, when even the “surge”, although it temporarily reversed the escalating violence in Iraq, as 30,000 U.S. troops ought to have been able to do, failed to achieve its more fundamental objective of making possible political accommodations in Baghdad that in turn would make possible stability in Iraq. This experience shows how especially fanciful is the notion that a later and smaller presence of U.S. troops would somehow have made Nouri al-Maliki behave like a good prime minister who would practice inclusive and non-authoritarian politics.

Another recurring pattern in the American public philosophy that is not unique to the issue of terrorism but has been especially apparent with it is that, simply put, any problem has a feasible solution, and that it is within the power of the United States to achieve that solution. If a serious problem persists, according to this view, then it is only because incumbent U.S. policy-makers have lacked the will or the smarts to find and implement the right solution. This mindset will be the basic source of disappointment with any expectation of “destroying” a terrorist group rather than just degrading or containing it.

The same mindset also keeps knocking up against reality in Syria, where there have been no good solutions, for the United States any more than for others to implement. Here is where we hear another recurring “if only” argument from opponents of the administration, to the effect that if only more aid had been given earlier to “moderate” oppositionists, extremists such as ISIS would not have become as much of a problem as they have.

This search for, and focus on, the elusive moderates has been such a salient issue for so long that it is a safe bet that it has been one of the most exhaustively studied topics for the administration, well before this week’s presidential speech.

Among the realities that any such study would have uncovered are that what passes for a moderate Syrian opposition has always been badly divided and lacking in internal support, that the dynamics of civil warfare inherently favor the less inhibited, by definition, less moderate, elements, that it is almost impossible to provide material aid to such elements without some of that aid making its way (as it already has) into the hands of the very forces such as ISIS that we want to counter, and that there is no way of squaring the circle of beating back ISIS without effectively aiding the Syrian regime that we also supposedly would like to be defeated.

But in a larger anti-ISIS arena in which good solutions also may be hard to come by, and in which the popular and political American resistance to reintroducing U.S. combat troops is still a major factor, we keep coming back by default to this business of trying to aid “moderate” Syrian rebels.

Congressional pusillanimity plays a significant role here: members of neither party want to vote before midterm elections on an authorization to use U.S. military forces, but supporting anything about aiding the proverbial moderates in Syria is a no-U.S.-boots-on-the-ground way for members to show their anti-ISIS enthusiasm.

Bob Corker, the ranking Republican on the Senate Foreign Relations Committee, commented that “since there has been bipartisan support for arming the moderate opposition,” maybe the administration gave it a prominent place in its anti-ISIS package “because they thought this is the one piece that they could get a lot of congressional buy-in on without doing a lot of selling” He’s probably right.

Yep, there is a lot in that package that deserves questioning and criticism. In searching for the reasons why, most Americans ought to look first not at the man in the White House but instead in the mirror.

14 comments for “The Illusion of Syria’s ‘Moderate’ Rebels”