Neocons and other hardliners are still fanning the flames of confrontation with Iran, but the recent thawing of relations between Iran and Saudi Arabia is making the hawks’ work more difficult, writes ex-CIA analyst Paul R. Pillar.

The Saudi foreign minister, Prince Saud Al-Faisal, has announced an invitation to his Iranian counterpart to visit Saudi Arabia. This development is unsurprising, and it is welcome. It follows visits that Iranian foreign minister Mohammad Javad Zarif made a few months ago to some of the other Arab members of the Gulf Cooperation Council.

Rapprochement between Iran and its Arab neighbors is good for the neighbors as well as for Iranians, good for stability in the Persian Gulf, and good for U.S. interests in the region. 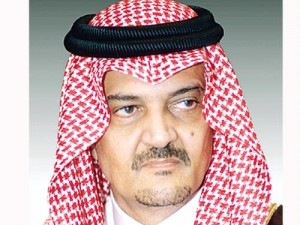 Secretary of State John Kerry’s comments welcoming the Saudi move are doubly appropriate, given that the United States can claim some of the credit because of its role in currently negotiating an agreement with Iran to keep its nuclear program peaceful.

The Saudis’ invitation is very likely being made partly in anticipation of successful completion of those negotiations and the prospect of Iran and the United States taking a step toward a more normal relationship. This is the sequence that should be expected: the superpower leads, and lesser allies follow.

Interestingly, some of the same people doing the spinning are also ones who have been quick to criticize President Barack Obama for leading from behind, or not leading at all, on other matters in the Middle East. But on this topic the critics seem to think it is best for the United States to bow to whatever parochial objectives may have been driving an ally’s whining.

An objective may be to get the United States to take sides in sectarian conflicts in the region, which would not be in U.S. interests. Another objective is to limit U.S. options in dealing with different regional powers, which also clearly is not in U.S. interests.

We should be pleased that in the current instance it is not the United States that has done the bowing but instead Saudi Arabia that has bowed to U.S. leadership, to geopolitical reality, and to the kingdom’s own well-considered long-term interests by moving toward a less tense relationship with Tehran.

The only people bamboozled by this move are those who do not want to see any agreement with Iran, in order to limit those U.S. options and to keep Iran as a pariah and as the focus of the region’s supposedly biggest threat.

The spinning about Gulf Arab reactions continues, but it seems rather confused. One recent appeal for taking a hard line toward Iran, for example, warns that regional allies may respond to an impending nuclear agreement “both by confronting and accommodating Iran, perhaps simultaneously”, whatever that means.

The same commentary also suggests that allies may “cut side deals with Tehran inimical to U.S. desires.” Such as what? Mustafa Alani of the Gulf Research Center in Dubai assesses that the Saudis would not have issued the invitation without assurances of Iranian cooperation on some matter important to Saudi Arabia.

A very likely subject in this regard is Lebanon, where the Saudi ambassador recently returned to participate in efforts to end deadlock between the competing political coalitions over the choice of a new Lebanese president. Is there anything wrong, from the standpoint of U.S. interests, with Iran and Saudi Arabia cooperating to reduce the chance of escalating conflict in Lebanon? There isn’t.

Nor is there anything wrong, and there is a good deal that is right, with the Saudis and Iranians talking about, and cooperating on, matters closer to their homes in the Persian Gulf, where they and we share interests in the security of the oil trade and in keeping tensions from escalating out of control.

The Iranian foreign ministry responded to the Saudi announcement by saying “We welcome negotiations and meetings to help solve regional conflicts, resolve misunderstandings and to expand bilateral relations.” Good attitude.

Keeping the Iranian nuclear program peaceful is the chief and immediate reason to see the current negotiations in Vienna through to a successful completion and to implement and observe the agreement that emerges. A broader and longer term reason is to move toward a situation in the Middle East and Persian Gulf in which the United States and all the regional powers deal with each other and with their mutual problems in a normal, flexible way.

Such a situation would be much more in U.S. interests than one of restricted, stifled diplomacy and permanent ostracism of important powers.

← Two Paths toward the Net’s Future
Can the Surveillance State Be Stopped? →