The U.S. State Department, which in just the past year has made excuses for violent coups toppling democratically elected leaders in Egypt and Ukraine, showed more disdain for democracy by tolerating Egypt’s mistreatment of U.S. peace activist Medea Benjamin, writes Lawrence Davidson.

For several months, the peace organization Code Pink was in communication with Egyptian diplomatic representatives in the United States to arrange the arrival of approximately 100 women from around the globe who would go to Egypt and then travel up to the Rafah border crossing with Gaza. If prevented from crossing into the besieged territory, they would hold a demonstration on International Women’s Day (March 8) to show solidarity with the women of Gaza.

One of the principal organizers of this event was the well-known peace activist Medea Benjamin, winner of such awards as the Martin Luther King Peace Prize (2010), the Marjorie Kellogg National Peacemaker Award (2012), the Thomas Merton Center Peace Award (2012), and the Peace Foundation Memorial Award (2012). Benjamin is, as the Los Angeles Times put it, “One of the high profile leaders” of the American peace movement. 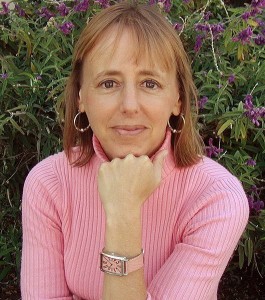 Here then was the situation: We had a nationally known personality traveling to Egypt for a publicly scheduled and well-advertised peace mission. The Egyptian government knew she was on her way and it is probable that the U.S. government also knew her plans.
Benjamin, along with several other members of Code Pink, arrived at Cairo’s international airport about 8 p.m. on March 3. In her own words here is what happened next:

“I arrived at the airport. When I gave in my passport, I was taken aside, brought into a separate room, where I was held for seven hours without anybody ever telling me what was wrong. Then I was put into a jail cell at the airport, held overnight. And in the morning, five very scary-looking men came in and wanted to take me away. And I said, the [U.S.] embassy is coming. They were supposed to have arrived. Instead, the men dragged me out, tackled me to the ground, jumped on me, handcuffed my wrists so tight that they started bleeding, and then dislocated my shoulder, and then kept me like that grabbing my arm.”

In the meantime, both the Code Pink members who had accompanied Benjamin to Egypt as well as those in the U.S. were pleading for help from the U.S. embassy in Cairo. They would continue to plead for some 13 hours. The embassy refused any assistance, telling the women that they “were on their own.”

To this day Benjamin has not received any explanation for the incident from either the Egyptians or the Americans.

When an official at the Egyptian Interior Ministry, Brigadier Alaa Mahmoud, was asked about the incident by CNN, he replied, “Benjamin was not detained. She was denied entry because her stated reason for visiting Egypt was to make a trip to Gaza. Authorities explained to her that the crossing was closed and consequently refused to allow her to enter the country.” He denied that she was assaulted or that force was used on her.

Mahmoud did not explain how Benjamin ended up on a plane to Turkey with a broken arm and a dislocated shoulder. Further, he did not explain why many other Code Pink women coming to Egypt for the same purpose as Benjamin were allowed entry into Egypt? Maybe it was because CNN did not ask these questions.

Here is what I surmise happened. Medea Benjamin’s horrid treatment was not a mistake. It was not the action of a few rogue border officials. It was a premeditated act on the part of the military dictatorship that now passes for a government in Egypt.

Who gave the orders? No doubt this plot started in Washington when someone, probably a security officer attached to the visa department at the Egyptian embassy, recognized Benjamin’s name. He alerted someone in Cairo that a major supporter of the Palestinians and someone who had spoken up for democracy across the region was coming to Egypt. Then someone in Cairo decided to make an example of her.

The next question is: Would you do that to a high-profile American activist without running the scheme by some relevant U.S. official? I guess that depends on just how cocky the Egyptian security folks have gotten. However, considering the reaction (or lack thereof) of the U.S. embassy personnel in Cairo, it sure looks like the U.S. government was in on the plot. And, if they were, one has to ask the question why.

After all, when an American embassy gets a call from a U.S. citizen who has just been assaulted and harmed to the point that they need hospitalization, the standard policy is to render assistance. If necessary an embassy representative is dispatched to the scene to ensure such assistance. To deny such aid is so counter to policy that any embassy employee doing so is putting their job in jeopardy.

Unless, of course, someone higher up has explicitly changed the rules. That is unlikely to have been done on the spur of the moment by someone at the embassy in Cairo. Such a negation of policy would have had to come from someone relatively high up in the Department of State or perhaps the White House.

There is actually precedence for this flip-flopping of the rules, and it is found at the U.S. embassy in the country of Israel. As the American activist Rachel Corrie and others who have protested Israeli treatment of Palestinians have discovered, in Israel the denial of assistance to U.S. citizens in trouble is the rule, not the exception. That might now be the case in Egypt too. (Corrie was crushed to death by an Israeli military bulldozer on March 16, 2003, when she tried to prevent the destruction of a Palestinian house.)

As a matter of training and policy American diplomatic personnel are not supposed to cooperate with the hired thugs of Egyptian dictators or the military murderers of various regimes ranging from South and Central America to the Eastern Mediterranean. They are not supposed to conspire in the denial of the rights of American citizens just because they, or their bosses, disapprove of the political positions and actions of those citizens. To do so is to utterly trash the U.S. Constitution.

But we know that in practice our diplomats are quite capable of doing just this. And, while you will never get the bureaucrats to admit it, I am pretty sure that there are government officials both in Washington and the U.S. Embassy in Cairo who conspired with the thugs now employed by Abdel Fattah el-Sisi to drag the U.S. flag through the mire by turning their backs on Medea Benjamin. There should be consequences for such treason.