Feb. 11 marks two important anniversaries in the Middle East: the ouster of the Shah of Iran in 1979 and the overthrow of Egyptian dictator Hosni Mubarak in 2011. But the question remains whether the U.S. has learned the right lessons from these events, writes Hillary Mann Leverett.

Three years ago, Washington experienced its own dose of “shock and awe”, the PR phrase used to sanitize its brutal invasion of Iraq, when hundreds of thousands, if not millions, of ordinary Arabs took to the streets to demand the overthrow of leaders more interested in Washington’s approval than that of their own peoples. But American policy elites’ professed surprise was primarily a function of their own self-imposed amnesia and delusion.

No one in Washington seemed to realize or care that Egyptians forced their pro-American dictator from power on Feb. 11, 2011, 32 years to the day after the Shah of Iran’s military conceded to the will of the Iranian people, giving birth to the Islamic Republic of Iran and bringing down a pillar of American dominance in the region. 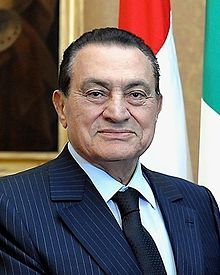 On the eve of Iran’s revolution, as a deep and abiding thirst for independence was sweeping through Iran, President Jimmy Carter toasted the shah, in “great tribute to your leadership and to the respect and the admiration and love which your people give to you.”

Thirty-two years later, U.S. foreign policy elites seemed to have learned little. When similar revolutionary fervor threatened another pillar of U.S. dominance in the Middle East, Egyptian President Hosni Mubarak, the Obama administration appeared to be following the example of its 1970s predecessor.

Vice President Joe Biden proclaimed that Mubarak wasn’t “a dictator” because he was an American ally and a friend of Israel, thereby highlighting that the only way an Arab leader can be those things is by being a dictator. Secretary of State Hillary Clinton had already declared “President and Mrs. Mubarak to be friends of my family.”

But with security forces marauding through Tahrir (“Liberation”) Square, killing nearly 1,000 people by the time Mubarak finally resigned, and drawing more people to protest, instead of repelling them, alarm set in among Washington’s foreign policy elite. Could the U.S. really lose the Egyptian pillar it had so assiduously co-opted after its Iranian pillar was tossed out in 1979?

When Washington finally understood that Mubarak’s days were numbered, as Carter had finally understood with the shah, the Obama administration tried to orchestrate a “transition” to Mubarak’s reviled intelligence chief. Omar Suleiman was the man responsible for “rendering” Egyptians to be tortured for the CIA and for collaborating with Israel to keep the Palestinian civilian population in Gaza under siege.

When that did not work, Washington set out to co-opt and then abort what it termed the Arab Spring, a Western phrase meant to depict movement toward secular liberalism rather than toward participatory Islamist governance.

Mubarak’s departure brought into uncomfortably stark relief a reality that U.S. policymakers had denied since the overthrow of the shah 32 years before.

U.S. efforts to use cooperative autocrats, autocrats willing to facilitate U.S. military aggression, to torture alleged “terrorists” (their own citizens) for the CIA’s benefit, and to tolerate a militarily dominant Israel engaged in open-ended occupation of Arab populations, to promote American hegemony over the Middle East were unacceptable to the vast majority of people there.

U.S. foreign policy elites were not just concerned about a precipitous erosion of the U.S. strategic position in the Middle East. They also worried about what the spread of popular demand for leaderships accountable to their peoples, not to Washington, would mean for the hegemonic house of cards the U.S. had imposed on the region.

It was clear, and has become ever clearer over the past three years, that the majority of population in the Middle East want to vote for their leaders and to have a voice in decision-making on issues affecting their daily lives and social identities. But they also want that to happen in an explicitly Islamic framework not in some secular, liberal “Spring” context, divorced from their identities and ability to assert real independence.

When given the chance to express preferences about their political futures, Middle Eastern Muslims do not embrace the sort of secular liberalism that America might be able to countenance as an alternative to pro-Western autocracy. Rather, they vote for Islamists espousing the integration of participatory politics and elections with Islamic principles, and with a commitment to foreign policy independence.

Thus, in early 2011, Washington was anxious that the Arab Awakening would ultimately benefit the Islamic Republic of Iran. For the Islamic Republic is the Middle East’s only political system that, since 1979, has actually tried to integrate participatory politics and elections with principles and institutions of Islamic governance. It has also been an exemplar of foreign policy independence, embodied in its consistent refusal to submit to the imperatives of a pro-U.S. regional order.

Faced with these risks to its hegemonic ambitions, the U.S. could not simply declare its opposition to popular sovereignty in the Middle East. Instead, the Obama administration crafted a policy response to the Arab Awakening that had three major goals.

In the course of pursuing these goals, the administration, with strong bipartisan backing in Congress, has imposed even more instability and violence on the region. It has also set the stage for further erosion of the credibility and effectiveness of U.S. policy in a vital part of the world.

The Obama administration’s first goal was to prevent the Arab Awakening from taking down any more U.S. allies. To that end, the administration tacitly (but happily) acquiesced to the Saudi-led military intervention in Bahrain on March 14, 2011, to sustain the Khalifa monarchy. As a result, the monarchy continues to hold on to power (for now) and U.S. naval forces continue operating out of Bahrain.

At the same time, Washington’s support for suppressing popular demands for political change there through Saudi Arabia’s armed intervention has helped fuel a dangerous resurgence of sectarian tensions across the Middle East. This, in turn, has given new life to al-Qaeda and similar jihadi movements around the region.

The Obama administration’s second goal was to co-opt the Arab Awakening for U.S. purposes, by showing that, somewhere in the Middle East, the U.S. could put itself on the “right” side of history. So, when Saudi Arabia offered the Arab League “cover” to intervene in Libya and arm anti-Gaddafi rebels, President Barack Obama overrode objections by his Defense Secretary and military leaders to order U.S. forces into action.

On March 17, 2011, the UN Security Council narrowly adopted a resolution authorizing use of force to protect civilian populations in Libya. In short order, Team Obama distorted it to turn civilian protection into coercive regime change. The results have been disastrous for U.S. interests and for the region: Worsening violence in Libya, a growing jihadi threat in North Africa, a dead U.S. ambassador, and more polarized U.S. relations with Russia and China.

The Obama administration’s third goal was to show that, after the loss of pro-Western regimes in Tunisia, Egypt, and near-misses in Bahrain and Yemen, it wasn’t just authoritarian regimes willing to subordinate their foreign policies to the U.S. that were at risk from popular discontent.

In particular, Washington wanted to demonstrate that it was also possible to bring down regimes with clear commitments to foreign policy independence, and, in the process, weaken not just Iran’s strategic position but that of Islamists across the region promoting participatory Islamist governance.

Soon after unrest started in Syria in March 2011, the Obama administration saw an opening, declaring that President Bashar al-Assad “must go” and goading an externally supported “opposition” to undermine him, if not bring him down.

It was clear from the start that arming a deeply divided opposition would not bring down the Syrian government. Nevertheless, Washington joined with its so-called allies in Riyadh, Paris, and London in an almost desperate attempt to roll back Iran’s rising power.

Almost three years on, Iraq, as well as Iran, has been hurt by this misadventure, but the American and the Syrian people have paid a much higher price. Washington has paid in terms of its regional standing, intensification of the regional resurgence of violent extremists, and further polarization of relations with Russia and China; Syria, of course, has paid with over 100,000 Syrians killed (so far) and millions more displaced.

More recently, the Obama administration’s tacit backing for the military coup that overthrew Egypt’s democratically elected Muslim Brotherhood president in July 2013 has removed any residual doubt that the U.S., intent on clinging to its hegemonic prerogatives in the Middle East, can endorse moves toward real democracy in the region.

Putting U.S. strategy in the Middle East on a more positive and productive trajectory will require Washington to accept the region on its own terms, to deal straightforwardly with all relevant (and authentic) actors, and to admit that trying to coercively micromanage political outcomes in Muslim-majority societies isn’t just incompatible with claims to respect popular sovereignty, it is unsustainable and counter-productive for long-term U.S. interests.

Hillary Mann Leverett was the NSC expert on Iran and from 2001 to 2003  was one of only a few U.S. diplomats authorized to negotiate with the Iranians over Afghanistan, al-Qaeda and Iraq. She is co-author, with Flynt Leverett, of Going to Tehran. This story originally appeared at Al Jazeera and at Going to Tehran.

← The High Cost of a ‘War on Terror’
Amazon, the CIA and Assassinations →