Iranian Foreign Minister Mohammad Javad Zarif said in an interview the other day, “Once the Palestinian problem is solved the conditions for an Iranian recognition of Israel will be possible.”

Set aside for the moment the fact that Zarif was addressing only one-half of a process and left open the question of what it would take for an Israeli recognition of the Islamic Republic of Iran, which may be the more problematic part of the equation. Note how the mere possibility of the Islamic Republic recognizing the State of Israel is a universe apart from so much of what is continually said about Iran, especially said by the government of Israel. You know, all that rhetoric about how Iran is supposedly dedicated to the destruction of Israel and so forth. 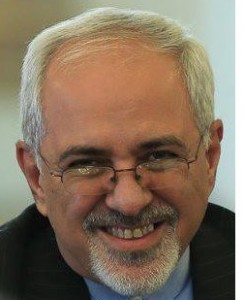 Amid today’s rancor it is easy to forget the substantial history of Israeli-Iranian cooperation. That history included not only the time of the shah but also the early years of the Islamic republic, when Israel was providing logistical and training assistance to Iran and urging the United States to tilt toward Iran during the Iran-Iraq War.

A fundamental basis for cooperation back then, as it would be now and in the future, is the status of Israel and Iran (along with Turkey) as important non-Arab states in a predominantly Arab region. They share concerns about some of the same threats and adversaries, including some adversaries of the violent extremist sort.

Being estranged from each other is a missed opportunity for Israel as well as for Iran. It represents part of the cost that Israel incurs as long as its government swears eternal hostility against Iran.

Two hurdles in particular need to be cleared to get any closer to an end to the estrangement. One is completion of a negotiated agreement on Iran’s nuclear program, partly because of how that issue has overshadowed everything else in many relationships with Iran.

The other hurdle is exactly the one Zarif identified: resolution of the Palestinian problem. As long as that problem is unresolved, any Iranian government will be quite vocal in criticizing Israel’s policies and its continued occupation. It will be so partly because of genuine sympathy with the plight of the Palestinians and partly because of how strongly the issue plays with Arab and Muslim audiences.

One might also think substantial improvement in Israeli-Iranian relations would also require substantial change in the government of Israel. But perhaps resolution of the Palestinian problem would presuppose such change anyway.

Maybe all of this is a pipe dream as long as Israel has a government that doesn’t want anyone to have any sort of relationship with Iran. Right now we have a sort of perverse symmetry: an Iranian leader says solving the Palestinian problem will lead to improved relations with Israel, while Israeli leaders promote awful relations with Iran partly to take attention away from the unsolved Palestinian problem.

← Putin Takes an Olympics Pounding
A Half Century of the Beatles →

9 comments for “Iran Extends a Hand to Israel”