When Rev. Martin Luther King Jr. went to jail to focus national attention on the injustice of segregation, he was stung by criticism from Christian clergy who feared upsetting the status quo and urged “moderation,” prompting his historic rejoinder from the Birmingham jail, as Rev. Howard Bess recalls.

As we look back on those events, there are an endless number of reasons why Dr. King’s statue stands on the Tidal Basin across from the Jefferson Memorial in Washington DC — and why King’s birthday is a national holiday. 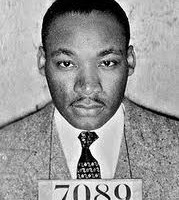 In the letter, King called not for moderation or patience but for non-violent and peaceful extremism, arguing that clergymen — the very people who should be at the forefront calling for justice in the name of Jesus — were betraying the Christian gospel by calling for moderation and gradualism. King wrote:

On a related front, I have been involved in the struggle for full acceptance of people who are gay for over 40 years. I have taken my lumps because of my outspoken insistence that gay people be fully accepted in the life of our churches and in American society.

I have been shunned, had employment disrupted and was dis-fellowshipped, not because I am gay but for speaking out about injustice toward gays. In recent years, however, full acceptance of gay people in America has made great progress, though we still have a long way to go.

Kind, loving, peaceful extremists for justice are in short supply in our nation and especially in our Christian churches.

In the Jan. 13 edition of Sports Illustrated, columnist Phil Taylor took on the National Football League for its tolerance of homophobia in the league. He cited the case of punter Chris Kluwe, formerly of the Minnesota Vikings. No one was suggesting that Kluwe is gay. He is, however, a vocal advocate of gay marriage and full rights for LGBT persons. His coach counseled him toward moderation. Even though he was identified as one of the league’s best punters, Kluwe is now unemployed, a free agent.

Taylor’s column makes the case that the National Football League is homophobic from headquarters to owners, to coaches, to the locker room. Gay players (there are believed to be many) in the NFL will remain tightly closeted.

6 comments for “MLK and the Curse of ‘Moderation’”