From the Archive: As world leaders struggle to praise the late Israeli Prime Minister Ariel Sharon, infamous for abetting the 1982 massacre of Palestinian civilians at Sabra and Shatila in Lebanon, another grim chapter of Sharon’s history was his role in the Guatemalan genocide, Robert Parry wrote in 2013.

At the height of Guatemala’s mass slaughters in the 1980s, including genocide against the Ixil Indians, the Reagan administration worked with Israeli officials to provide helicopters that the Guatemalan army used to hunt down fleeing villagers, according to documentary and eyewitness evidence.

During testimony at the recent genocide trial of former Guatemalan dictator Efrain Rios Montt, one surprise was how often massacre survivors cited the Army’s use of helicopters in the scorched-earth offensives. 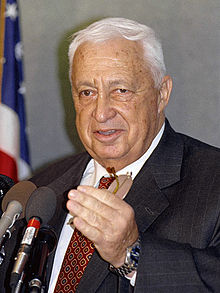 Journalist Allan Nairn, who covered the war in Guatemala and attended the Rios Montt trial, said in an interview, “one interesting thing that came out in the trial, as witness after witness testified, was a very substantial number of them talked about fleeing into the mountains and being bombed, attacked and machine gunned from U.S. planes and helicopters.

“At the time this was going on, I was aware this was happening in some cases, but from the testimony of the witnesses, it sounded like these attacks from U.S. planes and helicopters were more frequent than we realized at the time. That’s an example of how we don’t know the whole story yet how extensive the U.S. complicity was in these crimes.”

Part of the mystery was where did Guatemala’s UH-1H “Huey” helicopters come from, since the U.S. Congress continued to resist military sales to Guatemala because of its wretched human rights record. The answer appears to be that some helicopters were arranged secretly by President Ronald Reagan’s National Security Council staff through Israeli intelligence networks.

Rios Montt began pressing the United States for 10 UH-1H helicopters in June 1983, as his military campaign was ramping up. Since Guatemala lacked the U.S. Foreign Military Sales credits or the cash to buy the helicopters, Reagan’s national security team looked for unconventional ways to arrange the delivery of the equipment.

On Aug. 1, 1983, NSC aides Oliver North and Alfonso Sapia-Bosch reported to National Security Advisor William P. Clark that his deputy Robert “Bud” McFarlane was planning to exploit his Israeli channels to secure the helicopters for Guatemala, according to a document that I discovered at Reagan’s presidential library.

“With regard to the loan of ten helicopters, it is [our] understanding that Bud will take this up with the Israelis,” wrote North and Sapia-Bosch. “There are expectations that they would be forthcoming. Another possibility is to have an exercise with the Guatemalans. We would then use US mechanics and Guatemalan parts to bring their helicopters up to snuff.”

By then, McFarlane had a long and intimate relationship with Israeli intelligence involving various backdoor deals. [For more on McFarlane’s Israeli channels, see Consortiumnews.com’s “How Neocons Messed Up the Mideast.”]

McFarlane’s approach to Israel for the helicopters was successful, according to former Israeli intelligence officer Ari Ben-Menashe, who described some of the history behind Israel’s activities in Guatemala in his 1992 memoir, Profits of War.

Ben-Menashe traced the Israeli arms sales to Guatemala back to a private network established in the 1970s by Gen. Ariel Sharon during a gap when Sharon was out of the government. Sharon’s key representative in Guatemala was a businessman named Pesach Ben-Or, and through that channel, Israel supplied military gear to Guatemala’s security services in the 1980s, Ben-Menashe wrote.

(In the early 1980s, Sharon was Israel’s Minister of Defense collaborating with the Reagan administration on secret shipments of weapons to Iran and claiming a green light for the Israeli invasion of Lebanon, which led to the massacres at the Sabra and Shatila refugee camps in 1982, carried out by Israel’s Christian Lebanese allies under Sharon’s protection.)

In an interview in May 2013, Ben-Menashe said the Israelis supplied a total of six helicopters to the Guatemalans along with computers and software to keep track of alleged subversives who could then be identified and executed. Ben-Menashe said he learned of the mass slaughters during his travels to Guatemala and reported back to his Israeli superiors about the atrocities involving the equipment that they had authorized. The response, he said, was concern but inaction.

“They weren’t for killing these people, not at all,” Ben-Menashe said. “But they thought their interest was to help the Reagan people. If the Reagan people wanted it [the equipment sent to Guatemala], they would do it. [They thought,] ‘this is bad, but is it any of our business? Our American friends are asking for our help, so we should help them.’”

After our phone interview had ended, Ben-Menashe called me back to stress that the Israelis were unaware of the genocidal nature of the Guatemalan military campaigns against the Ixil Indians, although the Israelis did recognize that they were assisting in mass murders of dark-skinned Guatemalans; the distinction being that the Israelis did not identify the slaughters as genocide against a specific racial or ethnic group.

“As we saw it, they [Guatemalan military authorities] were targeting all non-white villagers who were sitting on fertile lands that the white Guatemalans wanted,” he said, adding that when he reported this information to his superiors, “the Israelis rolled their eyes [in dismay] but said, ‘this is what our friends in the Reagan administration want.’” [For more on Ben-Menashe’s work for Israeli intelligence, see Robert Parry’s Secrecy & Privilege and America’s Stolen Narrative.]

Besides the helicopters for hunting down villagers who fled into the jungles, the computer equipment and the sophisticated software made the Guatemalan killing machine vastly more efficient in the towns and cities. A former U.S. Green Beret operating in Guatemala once told me that he witnessed Guatemalan security forces stopping buses and inputting identification numbers of the passengers into a computer to select those who would be dragged off to the side of the road and summarily shot.

From first-hand reporting in Guatemala, journalist Nairn also observed the security advantages gained from detailed death lists. Nairn said soldiers under Gen. Otto Perez Molina, the current president, “described how they would go into town armed with death lists provided them by G2 military intelligence, death lists of people who were suspected of being collaborators of the guerrillas or critics of the army.

“They told how they would strangle people with lassos, slit women open with machetes, shoot people in the head in front of the neighbors, use U.S. planes, helicopters and 50 gram bombs to attack people if they fled into the hills.”

Nairn said, “The U.S. had also arranged for Israel to step in and become the principal supplier of hardware to the Guatemalan army, in particular assault rifles, the Galil automatic rifle. This was because the administration was running into problems with Congress, which wouldn’t go along with a lot of their plans to aid the Guatemalan military, so they did an end run by using the government of Israel.”

Though the focus of the case against Rios Montt has been the genocide inflicted on Ixil villages in the northern highlands where some 626 villages were eradicated by the Guatemalan military those massacres were only part of the estimated 200,000 killings perpetrated by right-wing Guatemalan regimes since a CIA-sponsored coup ousted an elected government in 1954.

The bloodbath was at its worst in the 1980s during Ronald Reagan’s presidency as he encouraged the anti-leftist slaughters that claimed the lives of some 100,000 Guatemalans. Reagan expanded his support for the Guatemalan security forces even though the CIA was keeping his administration informed of the systematic killings underway.

Another document that I discovered in the archives of the Reagan Library in Simi Valley, California, revealed that Reagan and his national security team in 1981 agreed to supply military aid to Guatemala’s dictators so they could pursue the goal of exterminating not only “Marxist guerrillas” but people associated with their “civilian support mechanisms.” [See Consortiumnews.com’s “Ronald Reagan: Accessory to Genocide.”]

As for Rios Montt, who ruled Guatemala for 17 especially bloody months in 1982-83, the now 87-year-old ex-general was convicted of genocide and crimes against humanity by a criminal court on May 10, 2013, and was sentenced to 80 years in prison.

But that conviction was overturned on a 3-2 vote by Guatemala’s Constitutional Court which is still dominated by allies of the military and the oligarchy. As for the Reagan administration officials and the Israelis who aided and abetted Rios Montt and his fellow generals, there is no indication that any accountability will be exacted.

← If Gov. Christie Had NSA’s Metadata
Is Government Inept or Sinister? →