The mainstream U.S. media is in love with a new book by Ari Shavit that acknowledges Israel’s massacre of Palestinians but embraces the atrocities as necessary for the Zionist state’s existence, a moral contradiction that Lawrence Davidson dissects.

In 1762, the King of Prussia, Frederick II, launched an unprovoked attack on Austria with the aim of conquering the province of Silesia. A century later, in 1864, Otto von Bismarck, then prime minister of Prussia, provoked a war with Denmark in order to seize the Danish provinces of Schleswig and Holstein.

Since its founding, the United States has launched over 330 mostly unwarranted military interventions around the globe. Until 1865, the U.S. existed as a slave state and then practiced institutional racism into the 1960s. Throughout all of this history, the citizens of these countries never doubted the legitimacy of their nation-states. 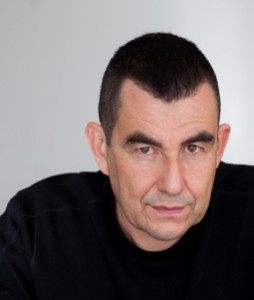 This discounting of violent and inhumane policies reflects a long tradition that asserts that if a state exists, that is, if it has a government that can exercise sovereignty over territory, it is automatically legitimate. In this way the idea of legitimacy has been separated from the reality of behavior. If you think about it, this is the equivalent of saying a killer is a legitimate member of society simply because he or she is alive and occupying space. In both cases it is true that the state and the person exist, but can either really be judged legitimate members of their respective communities without considering their behavior?

In the case of criminals, societies recognize the distinction between legitimacy and behavior. Criminal behavior leads us to try to rehabilitate the offender or segregate him or her from the population through incarceration. Dealing with states which act in criminal ways is, of course, more complicated.

Most Zionists play this game of separating legitimacy from behavior when they attack those who question Israel’s right to be what it is. For these Zionists, it should not matter if, like Prussia, Israel steals others’ land, and it should not matter if, like pre-civil rights America, Israel practices institutional racism. For most Zionists such behavior has nothing to do with Israel’s legitimacy as a country.

Take, for instance, Leon Wieseltier, a well-known and highly educated American Zionist who goes down this road of separating legitimacy from behavior in support of Israel. He does this in a Nov. 24 New York Times Book review of Ari Shavit’s My Promised Land: The Triumph and Tragedy of Israel.

Here are some of the points Wieseltier makes:

— “Too much of the discourse on Israel is a doubting discourse. … As if some fundamental acceptance of its reality is pending upon the resolution of its many problems … consigning it to a historical provisionality. … As if anybody has the authority to declare that the experiment has failed, and to try to do something about it.” Wieseltier concludes that “Israel is not a proposition, it is a country.”

— Wieseltier likes Shavit’s book because the author “recover(s) the feeling of Israel’s facticity and revel(s) in it, to restore the grandeur of the simple fact in full view of the complicated facts.” And, of course, there are plenty of reprehensible “complicated facts” for which both author and reviewer recognize the Zionist state’s responsibility.

For instance, Wieseltier cites Shavit’s “narrative of the massacre and expulsion of the Arabs of Lydda by Israeli forces in the war of 1948.” He sees this recounting as an example of the author’s facing Israel’s crimes forthrightly. Yet, for Wieseltier, nation-states per se often act in a criminal fashion and so, in the end, we must accept it. He notes, with apparent approval, the following from Shavit:

“The choice is stark, either reject Zionism [the Zionist State of Israel] because of Lydda, or accept Zionism [the Zionist state] along with Lydda. … If need be, I will stand by the damned. Because I know that if it wasn’t for them, the state of Israel would not have been born. … They did the dirty, filthy work that enables my people, myself, my daughter and my sons to live.”

Here Shavit has mixed up belief and fact. He does not actually know that the Israel would not have been “born” without “filthy work” such as mass murder. He just excuses the criminality by believing in its necessity.

— For Shavit, this all makes the “peace process” problematic. “If Israel does not retreat from the West Bank, it will be politically and morally doomed. But if it does retreat it will face an Iran-backed and Islamic Brotherhood-inspired West Bank regime whose missiles could endanger Israel’s security.”

Wieseltier agrees that this description of Israel’s apparent dilemma “is all true” even though, once again, neither he nor Shavit really know this to be so. Israel has always treated the Palestinians in a way that encourages resistance. To then declare that security-threatening resistance is inevitable is to engage in circular reasoning.

If Israel were to withdraw to the 1967 border and allow for the creation of truly viable Palestinian state it probably would not get those dreaded missiles in return. The conviction that the missiles are inevitable simply serves as a justification to do the criminal thing and illegally colonize the West Bank.

As to Shavit’s reference to Iran, the reality is that Iran has never been a physical threat to Israel and agreements (which the Israeli leadership opposes) that allow Iran to reconcile with the West help ensure that it will not be one in the future. On the other hand, Israeli policies that promote Muslim enmity are a real source of present and future danger to Israeli citizens.

Legitimacy and Behavior as One

There is something reductive and simplistic about Wieseltier’s thinking, as if the legitimate existence of the State of Israel is something completely apart from its manner of being or behavior.

Take for instance Wieseltier’s insistence that “Israel is not a proposition, it is a country.” Actually, he is wrong not only about Israel but about all countries. Nation-states are not eternal or unchanging. They have beginnings and sometimes abrupt and violent ends. Moreover, those that do persist are in fact evolving propositions that are usually brought, peacefully or otherwise, to conform to their changing international environments.

In each case the earlier versions of these countries were anathema not only to their own morally aware citizens, but to much of the rest of the world. In each case there were both domestic and foreign organizations and individuals who pointed to the country’s problems and called for actions to be taken against them. Why should Israel be treated as an exception to such an historical pattern of change?

Increasingly in the contemporary world, legitimacy does not simply rest on the mere fact of occupying or asserting sovereignty over territory. Today legitimacy has to do with national behavior that satisfies international norms and laws. Now that might not be the consistent opinion of governments which are prone to hypocrisy, but it is increasingly the position taken by civil society.

The expression of that position is the “doubting discourse” Wieseltier complains of. He does not recognize that within today’s international environment “fundamental acceptance of [Zionist Israeli] reality” is in fact “provisional.” It is provisional in the same sense that apartheid South Africa and the pre-civil rights U.S. evolved into a provisional status as much of the rest of the world came to see their behavior as unacceptable.

Thus, it is not those who engage in “doubting discourse” about Israel who defy reality, it is Wieseltier himself when he simplistically asserts that no one “has the authority to declare that the experiment [that is Israel] has failed, and to try to do something about it.” In truth, the entire world has that authority and, at the governmental level, it is only Israel’s special interest operatives embedded within the Western nations that, for the time being, keep government policy from following evolving popular opinion.

Wieseltier also fails to recognize that central to today’s “doubting discourse” is the fact that the Israel of Lydda is still the Israel of today. It is clear from his review that he thinks today’s Zionist Israel is the only possible Israel, and the world just has to accept it. It is easy to see why one might get this idea.

Listen to Prime Minister Benjamin Netanyahu’s warmongering over Iran, itemize the racist legislation coming out of the Knesset, count the number of Palestinian homes destroyed by the Israeli government, list the terroristic acts committed with impunity by violent Zionist settlers, etc., etc., and the Zionist Israel of the present – a racist state openly engaged in a process of ethnic cleansing – seems solidly established.

Yet it is just this established behavior that moves millions of people to assert its illegitimacy. Wieseltier’s feared “doubting discourse” is not going away. It is spreading. If you want proof of this take a look at the Boycott Diversity and Sanctions (BDS) movement webpage listing accomplishments achieved just in the last few months. It is impressive, and topped off by the esteemed American Studies Association’s recent decision to endorse the call for a boycott of Israeli academic institutions.

Will there come a time when Zionists like Wieseltier understand that the growing condemnation and evolving isolation of Israel will not cease unless that nation-state changes in fundamental ways – that is, becomes a different Israel? Will they also come to realize that the pressure for change is not a function of some “new anti-Semitism” but rather a reaction to the unchanging behavior of the “Israel of Lydda”?

In the end just existing, just possessing “facticity,” as Wieseltier puts it, will not confer legitimacy on Israel, just as merely being a living person does not confer a normal status in society to a criminal. What is important is being plus behavior.

At this point in history the ideology that guides Israeli behavior, the ideology of Zionism, leads it to behave in a racist, expansionist fashion. So, just like the criminal, the choice is rehabilitation – which means a non-Zionist Israel wherein all its citizens are equal before the law – or segregation from the society of nations.

Like Ari Shavit, Wieseltier must make a choice. Does he want to see Israel a just and humane place, or does he also choose to “stand by the damned”?