The neocons along with their allies in Congress and on the Washington Post’s op-ed page remain determined to sabotage a diplomatic rapprochement with Iran, demanding that its leaders be confronted, not engaged, as ex-CIA analyst Paul R. Pillar notes.

David Ignatius offers in his column some thoughts inspired by results of a Pew Research Center poll in which the headline item is that nearly half of Americans believe the United States “should mind its own business internationally,” a finding that the Pew people describe as “one of the highest readings of isolationist sentiment in decades.”

In commenting on the issue of Iran’s nuclear program, Ignatius notes that completion of a final agreement will require President Barack Obama to secure agreement from Congress and the public, and that it looks now that he will have a tough time securing that support. Ignatius is right insofar as there already is deal-scuppering trouble-making in Congress and likely to be more to come. But then he tries to summarize the public mood by saying, “The public doesn’t want war, but it doesn’t seem to like entangling diplomacy much, either.” 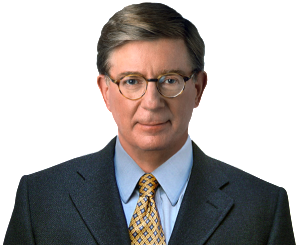 Columnist and pundit George F. Will.

“Entangling diplomacy”? Hold that thought while we move down the Washington Post opinion page to the next column, the one by George Will. Will evidently is so taken by Kenneth Pollack’s new book on Iran that this is Will’s second column in the last two weeks that is based on it.

Will and Pollack are right on two very important propositions about the Iranian nuclear matter. One is that the idea of using military force to deal with it would be, for multiple reasons, a big and even disastrous mistake. The other is that if Iran ever did acquire a nuclear weapon, deterrence would work and the situation that is generally referred to as “containment” is one we can live with. I have made these same points in my own writing.

The rest of the viewpoint Will is defending involves a giving up of any possibility of reaching further agreements with an Iran whose nuclear program stays peaceful. To be fair to Pollack, and Will is fair enough to mention this, Pollack completed his book before the recent successful negotiation of an interim nuclear agreement with Tehran. But the negative fatalism that is being expressed errs in at least three ways.

One, it goes along with the erroneous tendency to assume that Iranian policymakers are chomping at the bit to make a nuclear weapon, and that they will not do so only if forced not to do so. This is a misreading of what are ever-more-clear Iranian intentions, in which not only has no decision to build a bomb been made but also the Iranian leadership sees a more normal relationship with the West, and a permanently peaceful nuclear program, as distinctly preferable to having a nuclear weapon. Will’s position involves a self-fulfilling worst-case assumption.

Second is an apparent misreading of the obstacles to a comprehensive nuclear agreement. It is true that this is very far from a done deal, but the reason is not because the terms of an agreement that would satisfy both Western and Iranian interests are not fairly clear. Rather, the main obstacle is opposition to any U.S.-Iranian agreement from hardliners, especially hardliners outside Iran.

It also is true that this opposition is formidable and is determined to keep doing whatever it can to prevent an agreement, but the opposition is beatable. It is narrow, consisting chiefly of the Israeli government, those in the United States who dance mainly to that government’s tune, and assorted neocons who welcome eternal hostility with what they regard as forces of darkness in the Middle East and, unlike Will, would even welcome a war with them.

Pushing against this opposition is a president and his administration who, to their credit, already have shown more drive and moxie on this matter than on almost any other foreign policy issue, or on most domestic issues. Moreover, the narrow opposition does not speak for the American public. This is where Ignatius errs by throwing Congress and the public into the same pot. Opinion polling that has directly addressed the issue of diplomacy to reach a nuclear agreement has shown two-to-one support by the American public for a diplomatic solution. Americans both do not want war and they do want a negotiated agreement.

Third, the position Will presents pays inadequate attention to what the negative fatalism means we would be giving up. First and most obviously, we would be giving up the prospect of a Middle East in which Iran does not have a nuclear weapon, a situation which everyone, including Will, Pollack, me, Barack Obama, most Israelis, the Saudis, and even the Iranian leadership, believes would be preferable to a Middle East in which it does have a nuke.

It also means giving up the prospect of ever getting away from the lines of hostility and conflict that have badly constrained U.S. policy in the region. This is where we get back to Ignatius’s idea of entangling diplomacy. Except that entanglement is what we have now, in which the United States is entangled in fixed lines of conflict in which it is expected to defer to the wishes of supposed allies, is barred from ever working for mutual benefit with those labeled forever as adversaries, and is sucked into the narrow agendas and conflicts of the purported allies.

2 comments for “Itching for Confrontation with Iran”