The neocons are testing their remaining strength in Official Washington by firing off rhetorical bombs against President Obama and his interim agreement with Iran to constrain its nuclear program, including absurd comparisons to Hitler and Munich, writes Lawrence Davidson.

By now most readers know that the five permanent member nations of the UN Security Council – the United States, China, France, Russia and the United Kingdom – plus Germany,  (referred to as the P5+1) have reached a six-month interim diplomatic settlement with the Islamic Republic of Iran regarding its nuclear program.

Within this six-month period the P5+1 powers and Iran will seek to conclude a permanent and comprehensive agreement. Readers may also know what Iran has to do according to the agreement, because most of the Western media have repeatedly listed those terms. Either skimmed over or skipped altogether are those things the P5+1 have to do for Iran. Here is a brief synopsis of the agreement: 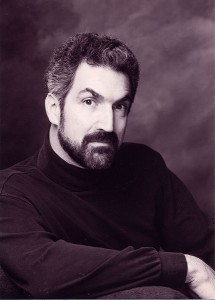 For the next six months Iran has undertaken to:

– Limit its uranium enrichment program to the 5 percent level – the level suitable for nuclear power plant fuel – while diluting its stockpile of 20 percent enriched uranium to below the 5 percent level. The 20 percent enriched uranium was used by Iran for medical treatment and research, but the paranoia of the Western powers in particular caused it to be seen as fuel for nuclear weapons, if further refined to about 90 percent.

– Hold to present levels the size of its low-enriched (5 percent) stockpile.

– Limit its use of present centrifuges and not construct future ones. The centrifuges are the devices that take “uranium gas” and concentrate it into nuclear fuel. It is the through calibration of the centrifuges that the percentage of enrichment is determined.

There are other obligations as well, but those are the principal ones. All of these demands are a reflection of the obsessive conviction of influential and noisy elements in the West, and particularly on the part of the Zionist-influenced U.S. Congress, that Iran is determined to produce nuclear weapons despite Iran’s denials to the contrary.

This obsessive fear about the possibility of an Iranian bomb has persisted even though Western intelligence agencies repeatedly testified that there was and is no evidence for this assertion. Essentially, this entire affair is the product of unsubstantiated right-wing Zionist anxiety, which in turn has infected pro-Zionist elements in the West.

The fact that this suspicion of Iran has been built up around a fantasy made it easier for Islamic Republic to agree to the present deal. They never did plan to build a bomb, so giving up the imaginary program was giving up nothing. On the other hand, what Iran is worried about are matters of principle.

For instance, as a signatory to the Nuclear Non-Proliferation Treaty, it has a legal right to enrich uranium. It wants that right recognized. Accepting an enrichment process to the 5 percent level appears sufficiently face-saving for Tehran to agree to the interim settlement.

So what did Iran get in return?  For the next six months the P5+1powers and particularly the United States have undertaken to:

– Impose no new sanctions on Iran.

– Suspend present sanctions on (a) gold and precious metals; (b) Iran’s auto sector; and (c) Iran’s petrochemical exports. This should give Iran up to $1.5 billion in revenue.

– Cease interference with Iranian oil exports at their present levels.

– Allow for safety-related repairs and inspections for Iranian airlines.

– Facilitate humanitarian transactions (such as Iran’s importation of medicine), which, even though not covered in the sanctions, had been periodically made difficult by U.S. government bureaucrats.

It is a sign of just how malicious the West can be that it is willing to make difficult for Iran such things as airline safety, education and medicine.

Managed Reporting of the Deal

One of the remarkable things about the Western reporting of this very significant diplomatic achievement – after all the U.S. and Iran have had no formal relations for some 33 years – is that it largely ignores Western obligations under the agreement. Even al-Jazeera America’s coverage was scanty in this regard. Why would this be so?

One can only assume that having harped on Iran as a danger to the West for 33 years, and created the an irrational fear of a nonexistent Iranian nuclear weapons program, the U.S. government and its media partners had to frame the agreement in a way that put the onus on Iran. The Obama administration is stuck with the consequences of those 33 years.

Iran has long been the centerpiece in a near-hysterical campaign by Zionists and neoconservatives who portray the Muslim world as the successor to the old Soviet Union. Communism has been replaced by Islam, and now that the U.S. is supposedly the only real superpower in the world, the message of this campaign is that the United States should act in a preemptive way and use its military and economic power to stamp out real and potential threats.

President Obama’s failure to follow this doctrine, at least in the case of Iran, has made him a target for these warmongers. Reporting the interim agreement with Iran in way that emphasizes Iranian obligations while playing down those of the United States and the West is a tactic to counter the hysteria on the Right.

And hysteria is the operative word here. It betrays itself in ridiculous historical comparisons and vicious name-calling. Take for example the hyperbole of Daniel Pipes, president of the Middle East Forum and publisher of the Middle East Quarterly, both sounding boards for the Zionist worldview.

In an article appearing in the right-wing National Review Pipes writes, “This wretched deal offers one of those rare occasions when comparison with Neville Chamberlain in Munich in 1938 is valid.” This is utter nonsense.

In 1938, the populations of Britain and France wanted peace (due to their still-fresh memories of the carnage from World War I) and their politicians were willing to allow Hitler to act in warlike fashion toward a third party, Czechoslovakia, in order to get what they thought was “peace in our time.”

Today the Western populations have been brought to a state of high suspicion of Iran with many people convinced that another military confrontation is needed, a sentiment that is just barely countered by others who are sick and tired of war in the Middle East and who believe another conflict is unwarranted and unnecessary. That division in public opinion is one of the reasons the deal is proceeding in steps.

In the agreement, Iran is accepting more intrusive inspections on top of other inspections that already existed, and the bulk of Western economic sanctions remain in force along with constant reminders to Iran that “all options are on the table.” So, there is absolutely no basis for comparing Munich with the deal just made with Iran.

At Munich, Germany was turned loose. In the present deal Iran is not let loose but constrained. After Munich there were no inspectors running around Nazi Germany checking on things. In Iran there are now a small army of inspectors. After Munich no one was telling Hitler that if he didn’t behave, the alternative was war. Yet, that is what Obama’s speeches imply. The present deal is, in these ways, the complete opposite of Munich.

What sort of world does Pipes live in that he can misread the situation so dramatically? It is an Orwellian world warped by Zionist ideology.

Since these ideologues have opened the door to ugly comparisons and they typically abhor anyone making any kind of comparisons to Adolf Hitler let’s get something straight here. It is not the case that Barack Obama is like Neville Chamberlain. It is, however, the case that the neocons and their ilk remind one of Hitler, at least when it comes to manufacturing false scenarios for war and then relentlessly selling them to the public.

Then, when they are checked, they display the same exaggerated, temper tantrum-like hysterics as did the fascist leaders of the 1930s. So, if anyone is looking for the real threat to Western or Israeli security (existential or otherwise), it is these ideologically blinkered neoconservatives and Zionists along with their media allies.

The interim deal with Iran is an act of sanity, and the Obama administration, whatever other foreign policy shortcomings it has displayed (and there have been plenty), deserves praise for defying the radical right and pushing it through.

As to the deal’s detractors in and out of Congress, they are the warmongers among us and deserve to be exposed as such. They are a danger to the world and to their own country. Keep in mind the words of James Madison: “if tyranny and oppression come to this land it will be in the guise of fighting a foreign enemy.”

6 comments for “The Neocons Go Nuclear”