Even as more Americans accept gay marriage and reject discrimination against people over sexual orientation, bullying remains a serious problem in the nation’s schools where teachers do not do enough to protect LGBT students, write Laura Finley and Joseph Schroer.

By Laura Finley and Joseph Schroer

Lesbian, Gay, Bisexual and Transgendered (LGBT) youth are among the most vulnerable to bullying and harassment, both in and out of schools. The Gay Lesbian & Straight Education Network (GLSEN) conducts a biennial National School Climate Survey in which they measure how frequently bullying of LGBT students occurs in schools and the responses to it.

The 2011 survey includes responses from 8,584 students between the ages of 13 and 20. Students were from all 50 states and the District of Columbia and from 3,224 unique school districts. Results indicated that eight out of 10 LGBT students (81.9 percent) experienced harassment at school in the past year because of their sexual orientation, three-fifths (63.5 percent) felt unsafe at school because of their sexual orientation and nearly a third (29.8 percent) skipped a day of school in the past month because of safety concerns. 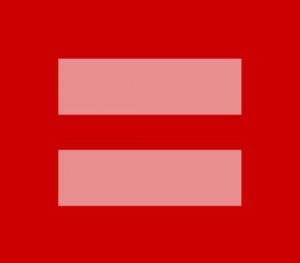 Further, the majority of students in this study who were harassed or assaulted (60.4 percent) did not report it because they believed nothing would change or that the situation might worsen. Of those who did report, 36.7 percent said school officials did nothing. This finding reinforces research that has continually shown that many teachers and administrators do little to counteract homophobic attitudes, including studies in 2003 and in 2010.

There have been very little (and in some instances no) improvements in the quality of the learning environment for LGBT youth. Similar studies 10 to 15 years ago found virtually the same results as those reported by GLSEN. And, a study reported in the UK’s TES magazine for educators found that gay teachers are even less likely to respond out of fear for their own job security.

This daily harassment and abuse takes a heavy toll on LGBT youth. The 2011 National School Climate Survey found that almost 30 percent of students skipped a class at least once in the past month because they felt uncomfortable and/or unsafe, and almost 32 percent skipped a full day of school each month for those reasons. Scholarly research in 2012 found incredibly similar results, noting that almost 30 percent of students had skipped at least one class, and 32 percent skipped an entire day of school within the past month because they felt unsafe.

Students experiencing this form of bullying have, on average, lower grade point averages, and are less likely to report that they intend to pursue post-secondary education.  They suffer from higher levels of depression and lower self-esteem than do their peers. What is more, 50 percent of homeless youth are LGBT, most of whom are homeless because they were kicked out by their family (the other percent run away also because of the unsafe home environment).

Schools absolutely must take action to demonstrate their commitment to the wellbeing of all students. One step in the right direction is the introduction of The Safe Schools Improvement Act (SSIA). The bill was introduced in the House of Representatives by Rep. Linda Sanchez, D-California, and in the Senate by Sen. Bob Casey, D-Pennsylvania. SSIA would require that states and school districts develop comprehensive anti-bullying and harassment policies that include all students. Schools would be required to report incidents of bullying and harassment to their state departments of education so that additional improvements can be made.

Further, SSIA would require that teachers and other personnel receive professional development related to these issues. As the forthcoming article What Every Educator Needs to Know About Queer Youth notes, “teachers are in a unique position of power, and their decision to take action, or to turn a blind eye to the needs of queer youth can literally mean the difference between life and death.”

When educators and administrators know how to create classroom and school climates in which all students feel safe and welcomed, it can only result in a better educational experience, one in which all youth can live up to their true potential.

Joseph Schroer is Clinical Faculty in the Department of Educational Psychology at Miami University of Ohio.

3 comments for “Anti-Bullying as a Civil Right”