Israel’s Capitol Hill lobbying clout is whipping into line members of Congress, like Sen. Mark Kirk, who are taking the Israeli-Saudi side in the Iranian-nuclear dispute over the diplomatic position of their own government, notes ex-CIA analyst Paul R. Pillar.

The role that foreign views play in policy debate in Washington and especially on Capitol Hill has taken some strange forms lately, and none stranger than with the hot topic of the Iranian nuclear program. What an irony to hear American neocons saying “Merci!” and “Vive La France!” after the French foreign minister suddenly added demands to, and thus spiked or at least delayed, a tentative preliminary agreement with the Iranians that was on the verge of being inked.

Was it really that long ago that the same neocons were deriding France as one of the countries of old Europe that could not see the wisdom of launching that most ambitious, and most disastrous, of all neocon projects: the Iraq War? Remember eating freedom fries with your burgers? Remember how the war-makers in the Bush administration told France and other major allies and every other member of the United Nations that did not support the war to shove it, and then hooked the poodle Blair up to his leash and went to war anyway? 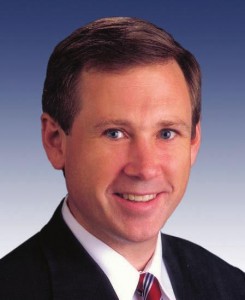 One might be tempted to chalk up the different handling of France ten years ago and today to a change in French views. Governments themselves change, after all. But it was the rightist government of Jacques Chirac that was in power when the neocons started their war in Iraq. Today the French president is a socialist. Not the direction of turnaround one would expect.

No, this history had nothing to do with anyone’s wisdom or substantive views. Both a decade ago and today, the neocons have just been using France as a convenient prop and support for debating points, or ignoring it to the extent it was not otherwise convenient. This gets to the first couple of rules about showing appropriate respect for opinions from abroad.

One is not to use people as props. Another is to be consistent in one’s own thought, policies, and behavior, as if foreign opinion really were having a constructive impact on one’s own thinking. The neocons here are showing consistency in one respect; people who never met a U.S. war they didn’t like were responsible for starting one war ten years ago, and are now pushing policies toward another Middle Eastern state that increase the chance of another war. But of course there is not any consistency in the attitude toward European allies.

Showing a decent respect to the opinions of mankind, including mankind overseas, does not mean bowing to the views of any particular slice of mankind. The writers of the Declaration of Independence who used that phrase about respect to opinions were explaining, after all, why they were spelling out their reasons for committing a revolutionary act. They were not submitting to any foreigner’s view as to whether to commit that act.

The interests of one’s own nation need to come first. A modern clarion statement of that principle, with regard to the same issue about Iran and nuclear matters, comes from Tom Friedman, who reminds us: “We, America, are not just hired lawyers negotiating a deal for Israel and the Sunni Gulf Arabs, which they alone get the final say on. We, America, have our own interests in not only seeing Iran’s nuclear weapons capability curtailed, but in ending the 34-year-old Iran-U.S. cold war, which has harmed our interests and those of our Israeli and Arab friends.”

That should be obvious. It should go without saying. But a major chunk of the American body politic is acting today directly contrary to that principle. They use some states as props; they act as lawyers for other states.

Note that the Declaration of Independence refers to the opinions of mankind, not the rhetoric or agendas of foreign governments. Here, too, a principle of showing appropriate respect for opinion is being violated. Even those American politicians who show no shame or compunction about acting as lawyers for a foreign state, Israel, make the further mistake of equating the interests of that state with the rhetoric and agenda of that state’s current government.

On the matter of Iran and its nuclear program, as on some other important issues, the pronouncements of Benjamin Netanyahu definitely should not be equated with the interests of Israel. Knowledgeable and patriotic Israelis have a very different view about what approach on this matter would be good for Israel. Looking beyond Netanyahu’s short-sighted strategy of unending conflict and hostility, an improvement in U.S.-Iranian relations would be very much in Israel’s long-term interests, in addition certainly to the interests of the United States.

Senator Mark Kirk, R-Illinois, has been exhibiting all of these patterns in perhaps the most extreme form of any member of Congress, to the point of being a caricature of such things. He was in exceptional form following a supposedly classified briefing on Wednesday for senators from Secretary of State Kerry, Vice President Biden, and Undersecretary of State Wendy Sherman, who has been the lead negotiator on Iran.

Kirk compared the Obama administration to Neville Chamberlain and, while Kirk is doing everything he can to overturn a diplomatic process designed to prevent both a war and an Iranian nuclear weapon, he said “Today is the day I witnessed the future of nuclear war in the Middle East.”

The briefing was “fairly anti-Israeli,” Kirk said. “I was supposed to disbelieve everything the Israelis had just told me, and I think the Israelis probably have a pretty good intelligence service.” So a United States senator was calling the U.S. Secretary of State and the Vice President liars because of what a foreign government had told him.

Kirk wasn’t finished. He berated “Wendy” because her “record on North Korea is a total failure and embarrassment to her service.” Such a blast ignores the history of U.S. handling of the North Korean issue, in which the administration that came after the one in which Sherman earlier served effectively abandoned a negotiated agreement and returned to diplomacy only after the North Koreans had tested a couple of nuclear devices.

But as long as previous records on other issues are being dug up, and what certain foreign governments are saying is being invoked, Kirk would be advised to review the record of his favorite foreign prime minister regarding the Iraq War, for which Netanyahu was a vocal cheerleader, spewing assertions that turned out to be badly mistaken and misguided.

The approach followed by Kirk, and others in less fulsome and extreme form, is not only failing to show decent respect in the spirit of the Founders; it is an approach that deserves no respect itself. To the extent it comes to determine policy it endangers respect for the United States.

← Fixing Intel Around the Syria Policy
In Case You Missed… →