Exclusive: With the U.S. government shutdown and a threatened credit default, Tea Party Republicans are testing out a new system of national governance in which they get their way or else. But is this the beginning of a new Jim Crow era of imposed white supremacy or just the white man’s last tantrum, asks Robert Parry.

American pundits are missing the bigger point about the Republican shutdown of the U.S. government and the GOP’s threatened default on America’s credit. The real question is not what policy concessions the Tea Partiers may extract, but rather can a determined right-wing white minority ensure continuation of white supremacy in the United States?

For years, political scientists have been talking about how the demographic changes in the United States are inexorably leading to a Democratic majority, with Hispanics and Asian-Americans joining African-Americans and liberal urban whites to erode the political domains of white conservatives and white racists. 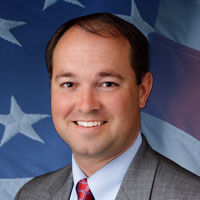 But those predictions have always assumed a consistent commitment to the democratic principle of one person, one vote and a readiness of Republicans to operate within the traditional standards of democratic governance. But what should now be crystal clear is that those assumptions are faulty.

Instead of accepting the emergence of this more diverse and multi-cultural America, the Right through the Tea Party-controlled Republicans has decided to alter the constitutional framework of the United States to guarantee the perpetuation of white supremacy and the acceptance of right-wing policies.

In effect, we are seeing the implementation of a principle enunciated by conservative thinker William F. Buckley in 1957: “The white community in the South is entitled to take such measures as are necessary to prevail, politically and culturally, in areas in which it does not predominate numerically.” Except now the Buckley rule is being applied nationally.

This reality is hard to deny even though much of the U.S. political elite remains in denial. But the truth is apparent in a host of anti-democratic moves that have emanated from the lily-white Tea Party and that have been implemented by the predominantly white Republican Party at both the state and federal levels.

It’s there in the nationwide campaign to impose “ballot security” by requiring photo IDs for voting to cure the virtually non-existent problem of in-person voting fraud. The well-documented result of requiring photo IDs will be to reduce the number of urban minority voters who are less likely to have driver’s licenses and other approved identification.

It’s there in the reduction of voting hours, which — when combined with disproportionately fewer (and less efficient) voting booths in poor and minority areas — guarantees long lines and further skews the political power to wealthier white areas. In the pivotal election of 2000, we saw how this combination of factors in Florida suppressed the vote for Al Gore and handed the White House to the national vote loser George W. Bush.

It’s there in the sophisticated gerrymandering that Republican statehouses have applied to congressional districts around the country by lumping minorities and other Democratic voters together in one deformed district so other districts have comfortable Republican majorities.

This gerrymandering now aided by computer models to remove any guesswork played an important role in maintaining the current Republican “majority” in the House of Representatives even though congressional Republicans lost the national popular vote in 2012 by about 1½ million votes.

The Right’s anti-democratic strategy is there, too, in the endless use of Republican filibusters in the U.S. Senate. Because of compromises made at the Constitutional Convention in 1787, some of this anti-democratic bias was built into the system (from a deal to assure the small states that they would not be overwhelmed by the large states under the Constitution, which concentrated power in the federal government).

However, this violation of democracy’s one-person, one-vote principle is exacerbated in the U.S. Senate when Republicans filibuster even minor bills and demand that Democrats muster 60 votes in the 100-seat Senate to proceed. That means that a handful of lightly populated states can block legislative action favored by large majorities of the American people, such as requiring background checks on gun-show purchasers.

Republicans also have found endless excuses to deny congressional voting rights to Washington DC residents. You can probably guess what color skin many DC citizens have and what political party they favor.

If you step back and take a look at this ugly landscape, what you will see is something akin to a new Jim Crow system, a sickening reprise of what happened the last time white supremacists saw their political and cultural dominance threatened in the years after the Civil War.

In the late 1860s and 1870s, the two parties were on the opposite sides of the racial-equality issue. Then, the Republicans pressed for a reconstruction of the South to assure civil rights for blacks. However, the Democrats, the old party of slavery, acted to frustrate, sabotage and ultimately defeat those efforts.

What the United States then got was nearly a century of racial segregation across large swaths of the country although most egregious in the South. It was not until the 1960s when the Democratic Party of John F. Kennedy and Lyndon Johnson broke with the old traditions of collaborating with the Old Confederacy. These new Democrats instead supported civil rights legislation pushed by Martin Luther King Jr. and other advocates for racial equality.

However, opportunistic Republicans, such as Richard Nixon and Ronald Reagan, saw an opening to flip the electoral map by snaking away the South’s resentful white racists from the Democrats and locking them into the Republican Party. The maneuver cloaked in coded messages about states’ rights and hostility toward the federal government proved astoundingly successful.

Still, the white supremacists faced a politically existential problem. They were demographically fading from their historic dominance, steadily replaced in numbers by Hispanics, Asian-Americans and blacks as well as by younger whites who viewed racial bigotry as a disgusting residue from the age-old crimes of slavery and segregation.

So what to do? Right-wing billionaires helped by pouring in vast sums to create a powerful right-wing propaganda machine, an ideological media unparalleled in American history.  The loud voices and angry words from the likes of Rush Limbaugh, Glenn Beck and Rupert Murdoch’s Fox News whipped up white grievances, but as the election and reelection of African-American Barack Obama showed more was needed.

The votes of non-whites and the young needed to be suppressed via manipulated election rules; the use of scientific gerrymandering had to be expanded to further devalue Democratic votes; obstructionism in Congress had to become the rule, not the exception.

Finally, it became clear that a de facto transformation of the constitutional system was needed to prevent the rule of this emerging and “undeserving” majority. Thus, government by extortion became the ultimate solution.  [See Consortiumnews.com’s “America’s Government by Extortion.”]

By using the Republican House and its gerrymandered “majority” to prevent votes on straightforward bills to pay for the government and raise the debt ceiling, the Tea Party is now testing whether the majority of the nation can be coerced into accepting the demands of a right-wing minority through threats of economic calamity.

Even some Republicans seem confused about their short-term goals. Rep. Marlin Stutzman, R-Indiana, declared, “we’re not going to be disrespected. We have to get something out of this. And I don’t know what that even is.”

But the message that the Tea Party Republicans are delivering to the nation is that if the American people insist on electing Democratic presidents or enacting federal legislation to “promote the general Welfare,” the Tea Party will respond by making the economy scream. The economic dislocations from a credit default alone could be so severe that millions of people will be thrown out of work and out of their homes.

The implicit warning is that you will suffer that fate — you may be driven into poverty — if you don’t let whites continue to rule. Or as the urbane William Buckley put it, you must let whites “prevail, politically and culturally.”

For those Americans who recoil at this scenario and think it must be unthinkable in the Twenty-First Century they should remember their history. In the 1870s, racist whites especially in the South but also in many parts of the North refused to accept post-Civil War amendments that guaranteed equal rights and voting rights for blacks.

Through connivance and violence, the racist whites prevailed and it took nearly a century and much more bloodshed to reverse their victories. What America is witnessing today is the next phase of that war for white supremacy. Well-meaning people should not be too cavalier about the outcome.

The Tea Party-induced government shutdown and the upcoming extortion demands over the debt ceiling may indeed turn out to be the white man’s last tantrum but this extremist strategy of mayhem and extortion could also be the inauguration of a grim new era of Jim Crow.