The anger of Tea Partiers, as they precipitate a federal government shutdown, still burns from the IRS “scandal” of earlier this year, even though the supposed singling out of conservative groups proved to be a myth. But the furor disrupted IRS policing of political money abuses, writes Michael Winship.

A few days ago, Lois Lerner, head of the tax-exempt division of the Internal Revenue Service, retired. But her story will go on because, as Politico’s Lauren French wrote, the 30-year civil service veteran “is the political piÃ±ata that Congress still loves to whack months after she awkwardly acknowledged that the IRS wrongly scrutinized conservative groups for years.”

Three congressional investigations are ongoing and yes, mistakes were made, as the late Republican president and conservative icon Ronald Reagan once said. But in reality, this is a story about how bureaucratic bungling was turned into scandal by right-wing politicians desperate to spin gold from straw. 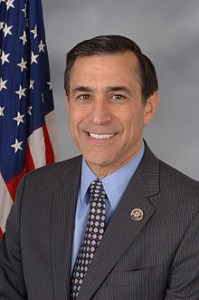 They have sought to create a splash, to score points with their allies, make converts, seize the publicity spotlight and pull in some quick campaign cash while they’re at it. But far worse, their staged controversy has distracted from a real Washington scandal, our inability to rein in the outrageous amounts of money used by the rich and powerful to secretly broker elections and buy our government.

The target of opportunity landed in the right wing’s lap, gift-wrapped and tied with a bow. After all, who doesn’t love to hate the IRS? No one likes paying taxes and an audit is about as welcome as multiple root canal. So when a chance came to go after the dreaded IRS for meddling in politics, the Right jumped at it.

If true, it would not have been the first time the IRS had been used for political skullduggery. When Richard Nixon was in the White House and wanted to go after his enemies such as the Chandler family, owners of the Los Angeles Times he picked up the phone and called Attorney General John Mitchell.

“We’re going after the Chandlers,” Nixon announced. “Every one. Individually, collectively. Their income taxes… Every one of those sons of bitches, is that clear?”

During Nixon’s reelection campaign in 1972, he had an enemies list of some 200 names that John Dean, the White House counsel, took to IRS Commissioner Johnnie Mac Walters, hinting that Walters should look for wrongdoing and even pack some of them off to jail. Wisely, Mac Walters locked the list in his safe and kept it there.

Fast-forward 40 years and once again the IRS is a political football. But what’s the real story?

If you’re just tuning in, some basics: Among its other duties, as outlined in a tax code first passed a century ago, the IRS keeps an eye on non-profit organizations that are exempt from paying taxes. They’re called 501c’s and the groups we’re specifically concerned with are called 501c4’s. They’re defined as social welfare organizations, meant to be civic groups looking out for the common good. But and this is key donors to a 501c4 don’t have to reveal who they are.

So along comes the Supreme Court’s Citizens United decision in 2010, which in the name of free speech unleashes unlimited campaign contributions. But suppose you’re a corporation or a tycoon and want to keep all the cash you’re pouring into the election of your favorite candidates under wraps?

IRS rules say that 501c4’s those social welfare groups can spend money on politics and campaigns, as long as it’s not their primary activity. Where that line gets drawn, however, is somewhat of a mystery even to the IRS. So far, the general rule of thumb has been that political activities must constitute 49 percent or less of 501c4 activities.

In the wake of Citizens United, and with the realization that 501c4’s could be used like bagmen for anonymous political bucks, applications for social welfare status at the IRS almost doubled in the years 2010 to 2012 from 1,735 to 3,357.

By the time November 2012 rolled around, those so-called social welfare organizations had poured more than $300 million into the election. According to the investigative journalism group Pro Publica, 84 percent of that money came from conservative groups like Karl Rove’s Crossroads GPS and the Koch Brothers’ Americans for Prosperity.

All the applications for 501c4 tax-exempt status were sent to the Internal Revenue Service office in Cincinnati. The task was overwhelming, not only because of the sheer numbers but because the IRS regulations were so vague and contradictory. Trying to cut corners and red tape, the Cincinnati office decided to determine which groups were legit and which were covers for political mischief by implementing a keyword search targeting words like “patriot” and “tea party.” All hell broke loose.

For a week this past May, it was as if the IRS and the Obama White House had committed murder most foul, or at least the most heinous crime since the heyday of Watergate and Nixon’s dirty tricks. The Beltway media went into a feeding frenzy, the embers of suspicion and paranoia fanned by a powerful congressman who never met a photo opportunity he didn’t like: Darrell Issa, Republican of California, the richest member of Congress and chairman of the House Oversight and Government Reform Committee.

He has used that position as a political cudgel to hammer away at anything that might hurt the opposition (and consequently help his party), or, most important, elevate the visibility of Darrell Issa.

“We don’t know how high it went,” he claimed to CNN. “What we know, and this is the disturbing part it was discovered and stopped and it continued.” Similar charges were made by Issa as he rode the circuit of Washington talk shows.

Not coincidentally, USA Today reported that during this time, Congressman Issa had the best fundraising quarter of his entire political career. A total of nearly $740,000 poured into his campaign chest from April 1 to June 30, more than two and a half times what he pulled in during the first three months of the year.

Issa launched an investigation into the IRS, promising the press, pundits and the rabid Right that there would be blood. Yet slowly but surely, the scandal narrative began to unravel.

Corruption and conspiracy started giving way to fumble-fingered reality: that the whole thing was a colossal, bureaucratic screw-up on the part of IRS employees and that in fact, their word search for BOLO’s cop talk for “be on the lookout for” included liberal groups as well as conservative. This was underscored by the revelation of IRS training materials that surfaced a month into Issa’s congressional investigation.

In addition to conservative groups, the IRS workers had been told to be on the lookout for ACORN successors a reference to the left-wing community-organizing group that folded under congressional pressure three years ago.

Another key word was “emerge.” As The New York Times reported, Emerge Nevada, Emerge Maine, and Emerge Massachusetts were groups set up to back Democratic women candidates. All applied to the IRS for 501c4 status and all were denied because their primary work is political.

Meanwhile, news of the IRS scandal that wasn’t so much of a scandal fell from the headlines into the back pages. Coverage of the IRS story by The New York Times, The Washington Post and Politico took a nosedive as the less exciting truth was revealed. The media big wheels of the Right had to shift gears, too, while still insisting there was a monster hiding in the closet.

Tim Graham of the conservative Media Research Center mourned the dying down of media coverage. The IRS scandal was real, he said the press was covering it up. Back in late July, Graham told Pat Robertson’s Christian Broadcasting Network, “We have a news media that’s just as corrupt as the administration, because their definition of how to cover things is, what does the president want us to do today?”

When the story first broke, conservatives claimed that scrutiny of right-wing non-profits by the IRS would have a chilling effect. But if anything, the purported scandal has given the Tea Party and others a new lease on life, handing them something fresh to be mad about and reenergizing their cause witness the current crusade to defund Obamacare.

The purported IRS scandal remains at the top of the right-wing’s litany. In preparation for the 2014 midterm elections and the fundraising that goes with them the IRS is being cast as a boogeyman.

Reforms are being put in place at Internal Revenue. According to the Treasury Department, the IRS is working on new guidelines for 501c4s, including clearer information on how to measure political activity.

And while it may have fallen from the front pages, stories continue to appear. USA Today has been particularly diligent obtaining internal IRS documents, including a 2011 list that flags political groups “based on the content of their literature, raising concerns specifically about ‘anti-Obama rhetoric,’ inflammatory language and ‘emotional’ statements made by non-profits seeking tax-exempt status.”

Of the 162 groups cited, more than 80 percent were characterized as conservative. But in fact, this is roughly proportionate to the amount conservative 501c4s contributed in the 2012 elections.

Far more troubling is that the current brawl over the IRS may make the agency too gun shy to properly police tax-exempt groups. (A few days ago, it was announced that the IRS has agreed to grant tax-exempt status to “True the Vote,” the organization that has gone after groups attempting to register minority votes — although as a 501c3, rather than a c4).

And much worse, the contretemps will prevent real reform; that in the rush to placate the Right, the desperate need for overhaul of our campaign finance system — the fight against “dark money” and the anonymous, deep-pocketed power and control that come with it — will be back-burnered once again.

Then we’ll see the real victim in all of this: what’s left of an increasing frail democracy.

6 comments for “What the IRS ‘Scandal’ Wrought”