Exclusive: Israel’s Ambassador to the U.S., Michael Oren, has confirmed suspicions that Israel has taken the side of Syrian rebels in their bloody civil war and wants President Assad to fall even if that turns Syria over to al-Qaeda-connected jihadists, a disclosure that may change how recent events are viewed, reports Robert Parry.

Israel’s pronouncement that it wants Syrian President Bashar al-Assad toppled even if al-Qaeda-aligned rebels replace him puts into sharper focus the intensifying lobbying and P.R. campaigns underway in the United States to get President Obama to engage militarily against Syria and ultimately against Iran.

Until the declaration by Israel’s Ambassador to the United States Michael Oren on Tuesday, Israel’s precise position on the Syrian civil war was ambiguous, but now it is clear that Israel again is lining up with its new de facto ally, Saudi Arabia, in a regional conflict to undermine Iranian influence. 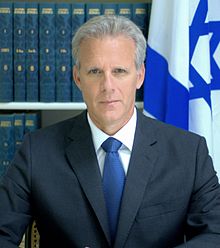 “The greatest danger to Israel is by the strategic arc that extends from Tehran, to Damascus to Beirut. And we saw the Assad regime as the keystone in that arc,” Oren told the Jerusalem Post in an interview scheduled for publication on Friday but excerpted by Reuters on Tuesday.

Saudi Arabia, which is spearheading the military and intelligence assistance for the Syrian rebels, is concerned itself about what is called the “Shiite crescent” extending from Iran through Iraq and Syria to the Hezbollah enclaves of Lebanon. The Saudis, who follow an ultraconservative form of Sunni Islam, are now viewed in the region as the geopolitical bulwark against the Iran-led Shiite coalition.

Ambassador Oren, who is considered very close to Israeli Prime Minister Benjamin Netanyahu, is cited in the Reuters article as saying that while Israel favors the more moderate elements among the Syrian rebels, it still wants Assad’s ouster even if it results in radical Sunni Islamists coming to power in Damascus.

Reuters said, “Oren, a Netanyahu confidant, did not say in the interview whether or how Israel was promoting Assad’s fall.”

However, Oren’s decision to lift the veil on Israel’s behind-the-scenes role in seeking Assad’s removal is certain to fuel suspicions that some of the recent events in Syria may have been manipulated by the sophisticated intelligence agencies in Riyadh and Tel Aviv. Saudi intelligence is now headed by Prince Bandar bin Sultan, the smooth-talking former ambassador to the United States.

Though Saudi Arabia and Israel have historically been enemies, the two countries in recent years have seen their interests align, especially in their hostility toward Iran as well as in their preference for an authoritarian regime in Egypt over the populist Muslim Brotherhood. Now, it appears they also have been on the same page regarding Syria.

In complementary ways, Israel and Saudi Arabia are masters of soft-power geopolitics, both with world-class intelligence services and with the ability to influence the actions of other global players, Israel through its unparalleled propaganda and political skills and Saudi Arabia with its grip on oil supplies and financial markets.

To the degree that the two countries can cooperate, they present a fearsome coalition, rivaling the hard-power nations like the United States and Russia. President Barack Obama would have to worry about the influential Israel Lobby causing him political trouble in Washington while the Saudis could disrupt oil supplies and stock prices.

Meanwhile, Russian President Vladimir Putin could see pro-Israeli propagandists step up the media attacks on him while Saudi intelligence could increase support to Islamist terrorists in Chechnya and elsewhere in the Russian Federation, including against next year’s Winter Olympics in Sochi. [See Consortiumnews.com’s “The Israeli-Saudi Superpower.”]

Masters of the Dark Arts

Israel and Saudi Arabia are masters of the dark arts of intelligence. Israel’s intelligence services are legendary in their cleverness and ruthlessness, while Saudi intelligence has had deep experience in financing major covert operations, including the Afghan war against the Soviet Union in the 1980s, an effort that gave rise to the scion of a Saudi fortune, Osama bin Laden, and al-Qaeda.

The Saudis also have a history of financing violent jihadists whose actions are directed against the United States and the West. According to the 9/11 Commission report, 15 of the 19 hijackers on 9/11 were Saudi nationals and the one part of the report blacked out addressed the issue of Saudi financing for al-Qaeda.

The de facto alliance between Israel and Saudi Arabia also should be factored in when evaluating evidence of the Syrian chemical weapons attack on Aug. 21, just after United Nations inspectors had arrived to examine other CW attacks that the Syrian government was blaming on the rebels.

While the major U.S. newspapers and non-governmental organizations are now nearly unanimous in blaming President Assad’s regime for the attack which killed hundreds of civilians, some of those assumptions especially regarding rebel military capabilities may not hold if the rebels had access to materiel from Saudi Arabia or Israel. [See Consortiumnews.com’s “Murky Clues from UN’s Syria Report.”]

Israel is one of a handful of nations that has balked at ratifying the Convention Against Chemical Weapons, a short list of rogue states that Syria has agreed to leave by accepting international prohibitions and destroying its supplies of CW. Israel is widely believed to have a stockpile of high-quality chemical weapons as well as an undeclared nuclear weapons arsenal.

Saudi Arabia, with its near-bottomless pit of money, also could have arranged for the rebels to get Sarin or other chemical weapons along with rockets to deliver them, if that’s what its intelligence agency decided.

Now, with the emerging U.S. consensus that Assad’s forces were to blame for the Aug. 21 attack and Oren’s pronouncement that Israel would rather have al-Qaeda extremists governing in Damascus than the pro-Iranian Assad, the pressure is likely to build on Obama to take ever stronger action against Syria.

The other option that Obama may have is to opt for further collaboration with Putin, seeking progress in negotiations with Iran over its nuclear program (as the new Iranian government signals an eagerness to compromise) and pressing to get the Syrian rebels to join peace talks in Geneva (so that the killing and disorder finally can be stopped).

Assad’s regime has agreed to participate in the talks but the fractious rebels have refused, first demanding more sophisticated U.S. weapons to give them the upper hand and insisting that Assad step down as a precondition to negotiations. [See Consortiumnews.com’s “Who Blocked Syrian Peace Talks?”]

Realizing they now have the backing of Israel as well as Saudi Arabia, the Syrian rebels are likely to resist any U.S. pressure for a cease-fire or peace talks. It’s less clear whether Obama can withstand the political and propaganda pressure that Israel and Saudi Arabia can be expected to direct against him.

← US-Iran Talks at a Crossroads
Summer Ends, So Does Fund Drive →