Exclusive: Though the international press reported earlier this year that it was the Syrian opposition blocking peace talks, that reality has disappeared in recent U.S. articles which blame lack of negotiations on President Bashar al-Assad, all the better to build a propaganda framework for a wider war, writes Robert Parry.

Painful experiences of recent years should have taught the American people the danger that comes when the government and the mainstream press adopt a pleasing but false narrative, altering the facts to support a “good guy v. bad guy” scenario, such as is now being done regarding the history of Syrian peace talks.

The preferred narrative now is that American military force against Syria is needed not only to punish President Bashar al-Assad for allegedly using chemical weapons but to compel his participation in peace talks aimed at ending the civil war. That is a storyline that has slipped into U.S. “news” articles in recent days. 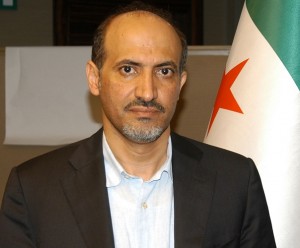 For instance, on Friday, the New York Times’ Michael Gordon stripped out the actual history of why the opposing sides of the Syrian civil war have not come together for planned meetings in Geneva. Instead, Gordon placed the blame on Assad and on obstacles partly the fault of the Russians, leaving out the fact that it was the U.S.-supported Syrian opposition that has repeatedly torpedoed the talks.

Gordon wrote: “State Department officials initially said the peace conference might occur before the end of May, but plans became bogged down in differences between the United States and Russia, and the conference has yet to be held.

“And the Obama administration [regarding its expected missile strike against Syrian government positions] did not articulate a comprehensive military strategy that would, in concert with allies, be certain to weaken the Assad government to the point that it would be willing to cede power and negotiate.”

So, you are supposed to believe that “our” side the brave “opposition” in league with the U.S. State Department is ever so reasonable, wanting peace and eager to negotiate, but that “their” side both the evil Assad and his troublemaking Russian allies is unwilling to take difficult steps for peace.

Except that this storyline from Gordon and other mainstream journalists isn’t accurate. Indeed, from May to July. the U.S. news media, including the New York Times, reported a different scenario: that Assad had agreed to participate in the Geneva peace talks but that the opposition was refusing to attend.

On July 31, for example, Ben Hubbard of the New York Times reported that “the new conditions, made by the president of the opposition Syrian National Coalition, Ahmad al-Jarba, reflected a significant hardening of his position. He said that the opposition would not negotiate with President Bashar al-Assad or ‘his clique’ and that talks could begin only when the military situation in Syria was positive for rebel forces.”

The opposition has spelled out other preconditions, including the need for the United States to supply the rebels with more sophisticated weapons and a demand that Assad’s Lebanese Hezbollah allies withdraw from Syria. The most recent excuse for the rebels not going to Geneva is the dispute over Assad’s alleged use of chemical weapons.

Yet, even if Gordon and other mainstream journalists sympathize with the opposition’s reasons for staying away from the peace talks, reporters shouldn’t alter the narrative to shape U.S. public opinion. That is a case of journalistic malfeasance reminiscent of the way the Times and other news outlets manufactured a case for war with Iraq in 2002-2003.

Indeed, Gordon played a key role in that propaganda effort as well, coauthoring with Judith Miller the infamous Times article on Sept. 8, 2002, touting the false claim that Iraq was purchasing aluminum tubes for use in building nuclear weapons, the story that gave rise to the memorable refrain from President George W. Bush and his aides that they couldn’t let “the smoking gun” be “a mushroom cloud.”

Though Miller eventually was forced to resign from the Times after her level of collaboration with the Bush administration’s neocons was exposed Gordon escaped any serious accountability, remaining the newspaper’s chief military correspondent.

But Gordon is far from alone these days in spinning a more pleasing black-and-white narrative about Syria. It apparently seems to many mainstream U.S. journalists that it’s nicer to portray “our” side as favoring peace and going the extra mile to negotiate a cease-fire and “their” side as intransigent and eager for more bloodshed.

And, if the facts don’t support that scenario, you just leave out some and make up others.