Exclusive: By setting in motion a possibly catastrophic plan to bomb Syria, President Obama has created what amounts to a “doomsday machine” that could detonate if not disarmed by a breakthrough on peace talks. Obama is gambling that Saudi opposition to negotiations can be neutralized first, Robert Parry reports.

Even as President Barack Obama lobbies Congress for a limited war resolution against Syria, some members of his national security team are hoping that the international crisis can be used to break the diplomatic impasse that has blocked Syrian peace talks, particularly by forcing the hand of Saudi Arabia.

This view holds that Saudi Arabia and particularly its intelligence chief, Prince Bandar bin Sultan, have emerged as the chief obstacles to a cease-fire and peace talks. Bandar, the well-connected former ambassador to the United States, is seen as the principal backer of the most radical Islamist fighters seeking to oust the Syrian government and unwilling to join negotiations. (Remember that Bandar has admitted meeting al-Qaeda leader Osama bin Laden before the 9/11 attacks — and after 9/11, he arranged the quick departure of bin Laden family members from the United States.) 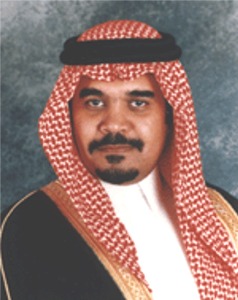 So, the challenge has been how to pressure Bandar and the extravagantly wealthy Saudis into cooperation with a strategy of cutting off the weapons and money to these extreme jihadists, getting rebel negotiators to Geneva, and forging a power-sharing arrangement between the more moderate rebels and the Syrian government.

You might not know it from reading the mainstream U.S. press, but Syrian President Bashar al-Assad has repeatedly agreed to participate in proposed Geneva peace talks and to consider a new governing structure. It is the U.S.-backed opposition that has consistently refused to attend, laying down a series of preconditions.

Yet, the preferred narrative of the U.S. press has been that the Obama administration must ratchet up the military pressure on Assad to force him to the bargaining table, a storyline that fits with the beloved image of the U.S. side in any dispute as the peacemakers and the other side as the warmongers.

For instance, New York Times columnist Nicholas D. Kristof has become the latest “liberal war hawk” to urge Obama to bomb Syrian government targets and thus reverse the decline of the rebels’ military fortunes. On Thursday, Kristof wrote that the Assad regime has “lately had the upper hand in fighting, and airstrikes might make it more willing to negotiate toward a peace deal to end the war.”

However, Kristof and other journalists who promote this myth are misleading the American people, much as many of their colleagues did a decade ago on invading Iraq. In Syria, the reality is that the United States has been unable to get the opposition to the bargaining table, after the Russians succeeded in persuading Assad to send government negotiators.

The rebel leaders have offered a host of excuses why peace talks can’t start now: they want the U.S. government to give them sophisticated weapons first; they want all Hezbollah fighters from Lebanon to withdraw; they want to be in a winning position before talks begin; they want Assad to agree to resign as a precondition of talks.

In other words, the fractious rebels, whose most effective fighters are allied with al-Qaeda, don’t want peace talks; they’d rather wait for the United States and other outside powers to be drawn into the civil war and ensure Assad’s ouster.

However, such an outcome also could make Syria the new hotbed for terrorism in the Middle East and open the door to genocide against Syria’s Alawite minority, adherents to a branch of Shia Islam who include the Assad family. Some Syrian Christians, allied with Assad, also fear violent reprisals if the Sunni-dominated rebels prevail, a particularly frightening thought for ethnic Armenians whose ancestors fled the Turkish genocide a century ago.

The real possibility of rebel-inflicted atrocities was underscored Thursday by the release of a video showing Syrian rebels executing captured Syrian soldiers, amid verbal threats to exterminate the Alawites. Russian President Vladimir Putin also has cited a video of a rebel commander eating the internal organs of a slain government soldier.

Though many of Obama’s “tough guy/gal” advisers still seem eager to launch missiles against Syrian government targets to punish Assad for an alleged poison gas attack on Aug. 21, at least a few aides still hope that the impending attack can be averted and the international urgency over the crisis can be turned instead toward promoting a peaceful settlement of the conflict.

Such a move would represent a geopolitical version of former White House chief of staff Rahm Emanuel’s adage, “never let a serious crisis go to waste.” I’m told that Obama has recently sought out advisers beyond his inner circle regarding how this maneuver might be pulled off, after he found himself boxed in by his clumsy rhetoric about “red lines” and inattention to the worsening Syrian crisis earlier this year.

Despite the seemingly chilly contacts between Obama and Putin at the G-20 summit in St. Petersburg, the two leaders are said to be acting in greater concert on this crisis than the mainstream U.S. press understands. U.S.-Russian cooperation is considered crucial to push aside the many obstacles to a negotiated outcome for Syria’s civil war.

The greatest difficulty in achieving a breakthrough on peace has been how to dislodge the obstructions of Saudi Arabia and Israel to Syrian negotiations. The Saudis and the Israelis, who have developed a de facto alliance on a range of regional issues from Egypt to Iran, see advantages in continuing the conflict in Syria.

While Saudi Arabia may dream of an outright rebel victory and a Sunni-ruled Syrian state breaking the current “Shiite crescent” from Iran through Iraq and Syria to Hezbollah enclaves in Lebanon the Israelis seem to prefer having Syria continue bleeding without a clear-cut victor.

As the New York Times reported Friday, “Mr. Obama’s limited strike proposal has one crucial foreign ally: Israel.” In the Israeli view, getting the U.S. military to batter Assad’s forces would also put Iran on the defensive and might speed the day of an American attack on Iran’s nuclear facilities.

Plus, a weakened Syria would not only mean that Iran is forced to divert more resources to saving Assad but that Lebanon’s pro-Assad Hezbollah also would be more distracted and Palestine’s Hamas more isolated. Hamas has sided with Sunni rebels fighting Assad and thus has estranged its former allies: Syria, Iran and Hezbollah.

The odd-couple alliance of Israel and Saudi Arabia also has teamed up in support of Egypt’s military coup against the elected Muslim Brotherhood government of Mohamed Morsi. The Saudis have poured in billions of dollars to prop up Egypt’s economy as the Israelis have lobbied Washington to prevent a cutoff of U.S. military aid to Egypt.

The Muslim Brotherhood is a Sunni movement, but it is too populist for the taste of the Saudi monarchists. The Saudi princes fear the spread of democracy in the region and far prefer an authoritarian regime in Egypt. Meanwhile, Israel benefits by having the Egyptian military again seal off the border with Hamas-ruled Gaza. All the better for Israel to dictate peace terms to a weakened Palestinian movement.

So, President Obama’s chances of using the prospect of a destabilizing U.S. military strike against Syria to break through the logjam of geopolitical obstacles to peace may seem slim. The strategy appears even to be a distinctly minority position within the Obama administration, although Obama is seen as an advocate.

To pull it off, however, Obama must find a way to get Bandar and the Saudis to desist in their financial and military support of the radical Sunni jihadists in Syria, while convincing the Israelis to keep their political clout in Washington on the sidelines. Some thought has even been given to enlisting former President George W. Bush, a close friend of Bandar, to act as an intermediary.

Yet, while Obama pressures the Saudis behind the scenes, he must for domestic political reasons keep up the drumbeat that the real problem is with the Assad government. Thus, he continues to lay blame on Assad for the apparent poison gas attack of Aug. 21, despite continuing doubts about the U.S. intelligence case.

The incident in the Damascus suburb of Ghouta occurred more than two weeks ago, but the Obama administration has still not presented any verifiable evidence to the American public that would prove Assad’s forces are to blame. All the details have been kept classified, shared only with members of Congress who are famously inept at evaluating such allegations.

For instance, a report by MintPress News based on interviews with people in Damascus and Ghouta presented evidence that “the U.S. and its allies may be targeting the wrong culprit. [F]rom numerous interviews with doctors, Ghouta residents, rebel fighters and their families, many believe that certain rebels received chemical weapons via the Saudi intelligence chief, Prince Bandar bin Sultan, and were responsible for carrying out the gas attack.”

The article also cites comments by rebel-connected Ghouta residents indicating that the release of the poison gas may have resulted from a conventional artillery strike by government forces accidentally hitting a rebel storage site for chemical weapons or from careless rebel handling of the dangerous material.

Even the Obama administration’s white paper, citing U.S. intelligence assessments that blamed the Syrian government for the Aug. 21 attack, danced around the question of whether Syrian rebels have chemical weapons in their arsenal.

“We assess that the scenario in which the opposition executed the attack on August 21 is highly unlikely,” the white paper said. “Our intelligence sources in the Damascus area did not detect any indications in the days prior to the attack that opposition affiliates were planning to use chemical weapons.”

Yet, why would the U.S. intelligence agencies employ such phrasing discounting the likelihood of a rebel attack if they could simply assert that the rebel forces have no chemical weapons, period? The deep involvement of Saudi intelligence in Syria makes the prospect of the rebels possessing chemical weapons not at all far-fetched.

However, that depth of Saudi involvement also makes the task of shutting down Bandar’s operation all the more difficult. Indeed, Obama may have few levers to use against Bandar, other than arguments that a U.S. military intervention in Syria could spin out of control, leading to disruptions of oil supplies and a global financial crisis. Given the vast stock portfolios of the Saudi royals, they could suffer heavy losses as they did during the Wall Street meltdown of 2008.

In that sense, what Obama has created in his timetable for bombing Syria is a kind of “doomsday machine,” a device that can cause severe damage to the geopolitical and economic stability of the world if it is not disarmed in time. Assuming that Obama gets congressional approval to start the machine ticking, the “doomsday” moment could come in the next few weeks.

That is, unless the Saudis and Bandar can be persuaded that their broader interests exceed any sectarian lust to inflict more pain on Iran and its allies in Syria.

← The Value of Consortiumnews
Obama Warned on Syrian Intel →