Exclusive: Texas Gov. Rick Perry and other neo-Confederate politicians are citing the Tenth Amendment in claiming the federal government has no authority to protect minority voting rights. But they’re wrong both in their constitutional analysis and their ignorance of the Fifteenth Amendment, says Robert Parry.

In implementing a new era of voter suppression aimed at minorities, the American Right has wildly exaggerated the significance of the Tenth Amendment and the mainstream U.S. press corps consistently fails to challenge this historical distortion.

The latest example came when the Justice Department announced plansto contest a new Texas law that would require voter IDs supposedly in response to the virtually non-existent problem of in-person voter fraud but with the obvious intent of blocking blacks, Hispanics and the poor who often lack the mandated photo IDs from voting. 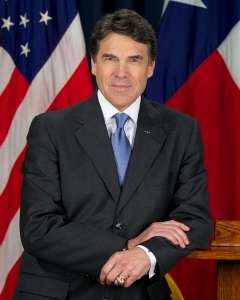 Texas Gov. Rick Perry, a Republican infamous for his clueless campaign for the GOP’s presidential nomination in 2012, invoked neo-Confederate arguments to contest the right of the federal government to intervene to protect the voting rights of minorities. Citing the Tenth Amendment, which preserves for individuals and the states powers that the Constitution doesn’t grant to the federal government, Perry insisted that the Justice Department’s move was unconstitutional.

“We continue to defend the integrity of our elections against this administration’s blatant disregard for the Tenth Amendment,” Perry declared.

On Friday, articles by the New York Times and the Washington Post failed to put Perry’s assertion into any legal or historical context, a common failure of the mainstream news media to stand up against the Right’s made-up constitutional history. [See, for instance, Consortiumnews.com’s “The Right’s Made-up Constitution.”]

Passed by the First Congress, the Tenth Amendment amounted to a sop to the states. It was largely irrelevant because the Constitution had granted an array of broad powers to the federal government, including elastic language for acting to “promote the general Welfare” and to pass “necessary and proper” laws to implement those powers.

However, at the time of the Constitution’s ratification in 1788, supporters of the old structure, the Articles of Confederation, recognized how the new governing document made the federal government supreme and made the states subordinate. The Articles had deemed the states “sovereign” and “independent” with the central government only a “league of friendship.”

But the failure of that system had prompted the Framers led by George Washington, James Madison, Alexander Hamilton and Gouverneur Morris (who drafted the famous Preamble) to hold a convention in secret in Philadelphia to throw out the Articles and to craft the Constitution. Replacing the language about state “sovereignty” and “independence” was the phrasing “We the People of the United States.”

Anti-Federalists fiercely opposed these radical changes, recognizing that the states were being made “subordinately useful,” in Madison’s phrase, to the federal government. (At the time, Madison favored shifting even more power to the federal government by letting Congress veto state laws, an authority ultimately left with the federal courts.) [See Consortiumnews.com’s “The Right’s Dubious Claim to Madison.”]

The Tenth Amendment is a pale shadow of what it essentially replaced, Article Two of the Articles of Confederation. However, today’s Right has sought to puff up the Tenth Amendment’s importance in a neo-Confederate scheme to sell a bogus history to millions of ill-informed Americans. And, the mainstream media is either too lazy or too timid to counter the false narrative.

In this case, the mainstream media’s failure is even worse because Perry’s Tenth Amendment argument wouldn’t apply to the protection of minority voting rights even if you accepted his neo-Confederate interpretation. That’s because the Constitution’s Fifteenth Amendment explicitly grants the federal government the authority to protect the voting rights of minorities.

The Fifteenth Amendment states, “The right of citizens of the United States to vote shall not be denied or abridged by the United States or by any State on account of race, color, or previous condition of servitude. The Congress shall have power to enforce this article by appropriate legislation.”

So, Perry’s argument only makes sense if one adopts a purely Confederate view, which holds that the amendments at the end of the Civil War and during Reconstruction are illegitimate since they were imposed on a rebellious South. Thus, whites should still be allowed to own black people (prohibited by the Thirteenth Amendment) and that legal protections of minorities (contained in the Fourteenth and Fifteenth Amendments) should be ignored.

That these Confederate positions are espoused by the governor of a major state as well as by some prominent figures in the Republican Party may be shocking enough, but that the mainstream press doesn’t have the nerve to identify these strains of political theory as vestiges of slavery, segregation and racism may be even worse.

← ‘End of History’ Hits Bump
In Case You Missed… →