Amid the triumphalism of the Cold War’s end, Francis Fukuyama foresaw the “end of history” with capitalist liberal democracy prevailing. But that hubris has confronted failures of both capitalism and democracy in recent years, raising doubts about history’s course, ex-CIA analyst Paul R. Pillar observes.

In the 24 years since Francis Fukuyama wrote his seminal article in The National Interest describing liberal democracy as a sort of steady-state culmination of the history of political and economic organization, others have gone in different directions on the question of whether that history embodies a grand trend, whether it is leading to some sort of final equilibrium, and if so what the nature of that equilibrium will be.

Many thoughts on the subject are, unsurprisingly, influenced by salient events of the day, just as critics of Fukuyama thought he was overly influenced by the Western victory over Soviet communism in the Cold War, which was getting wrapped up just about the time he was writing. More recently it has been the Middle East that has been supplying most of the salient short-term events that inspire thoughts about long-term trends such as democratization. 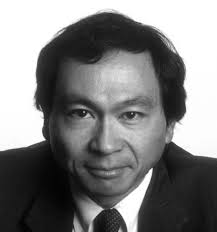 “Short-term” in this case means even shorter than the less than three years that the regional upheaval known as the Arab Spring has been going on. Fast-moving events have led to quick changes in prognoses about things such as trends in democratization. Early in the upheaval one heard lots of talk about democracy inexorably breaking out all over. More recent news from the likes of Syria and Egypt has led to similarly sweeping pronouncements that the Arab Spring will prove to be a bust.

Many of the arguments on this subject have appropriately focused on factors specific to the Middle East. There are, for example, the ways in which abundant natural resources can paradoxically redound to the political as well economic disadvantage of those who have them, a dynamic sometimes referred to as the oil curse.

Then there is there is religiously driven conflict related to how the region is the birthplace of the three big monotheistic relations. It is also appropriate, however, to plug the Middle Eastern events into that broader question of grand trends in human history and perhaps link them to data points from elsewhere in the world.

One interesting data point from last week’s news comes from China. A memo, known as Document No. 9, circulating among cadres of the Chinese Communist Party warns about the dangers from seven subversive influences, with “Western constitutional democracy” being at the top of the list, followed by such others as freedom of the press, civic participation, and ideas about universal human rights.

What is striking, even for a document evidently not intended for external consumption, is how direct and blunt a rejection this is of values associated with liberal democracy. It is not a given that this would be the response of the CCP.

If these values have such attractiveness, as followers of Fukuyama’s argument would expect, to be seen as a threat to the current political order in China, one can imagine more nuanced and clever ways for party leaders to co-opt, adopt, or spin these values that would reduce the threat, rather than simply warning party members not to be tempted or tainted by them.

There are explanations that can be made for Document No. 9 in terms of internal CCP politics. Perhaps, for example, this was red meat that Xi Jinping believed he had to throw to party leftists to help get their support or acquiescence with other things on his agenda, such as fighting corruption.

Having power means they have wherewithal to do something about retaining that power. That is especially true in states that are big or wealthy. When feeling threatened by democratic or other sentiments challenging their rule, they have all the more incentive to step up their game and push back harder against such threats, and they do exactly that. And all of this is a major reason the world never gets to a worldwide liberal democratic end state.

Authoritarian regimes are focused on retaining power in (and of) their own countries, but in so doing they may retard democratic trends elsewhere. Saudi Arabia is doing exactly that by opening its checkbook for the benefit of the generals in Egypt.

The Saudis are concerned about any Muslim Brotherhood influence in their own kingdom, because the Brotherhood demonstrates how Islam can be combined with democratic electoral politics and constitutes a direct challenge to the Saudis’ own claim to religious legitimacy for their authoritarian rule. But the main effect of what they are doing is to set back hopes for democratization in the most populous Arab country, Egypt.

Somewhat similarly, when China provides no-strings-attached bilateral aid it is usually doing so to gain access to resources for the economic benefit of China itself. But the main political effect in many of the recipient countries is to bolster authoritarian rule.

We can see some of the effects in one of the best scorecards for keeping track of trends in implementing liberal democratic values: the annual survey by Freedom House. That scorecard tells us that if there is, or was, a trend toward more liberal democracy, it has flat-lined for at least the last 15 years or so, since the improvements in the years immediately following the collapse of the Soviet empire. The proportion of countries that are free, that are not free, and that are electoral democracies are all essentially the same as they were in the mid-1990s.

Maybe there is a sort of end-state in political evolution, but it does not entail the global triumph of liberal democracy or any other single type of system. Instead, it is an equilibrium in which democratic and authoritarian forces pushing against each other lead to the kind of balance reflected in the relatively static Freedom House numbers. The balance involves actions and reactions, including authoritarian rulers pushing back harder at the very times that democratic forces might otherwise be gaining some momentum.

That observation, however, which primarily uses a time frame of a couple of decades, must immediately be coupled with a couple of caveats, one with a shorter frame of reference and the other with a longer one.

The short-term caveat is that none of these observations lessens the immediate policy challenges of dealing with a problem such as Egypt. Political trends as they manifest themselves there or anywhere else are not the inexorable outcome of some sort of historical determinism. Choices matter, choices have to be made, and important interests are at stake in making them.

The long-term caveat is that patterns we see over the past couple of decades are only suggestive of what might be the correct answer to the questions about political evolution and end states; they do not nail down the answer with certainty. Much more time may be needed to do that, if we can do it at all.

In some natural systems a very long time frame is needed to get the whole picture of what is going on. The evolutionary biologist Stephen Jay Gould emphasized that most evolution has taken place in spurts, with long periods of relative stasis in between.

If you looked just at one of the more static eons, you might mistakenly believe Darwin was wrong. We probably won’t know in our lifetimes whether Fukuyama, his critics, or the observations above about equilibria will turn out to be right.

← How Truth Can Save Lives
Rick Perry’s Neo-Confederate Stance →