“Defectors” are among the most unreliable intelligence sources since they have an obvious motive for discrediting their former governments, but still have been allowed outsized roles in whipping up hysteria against Iraq in 2003 and now against Iran, as Gareth Porter reports for Inter Press Service.

Argentine prosecutor Alberto Nisman based his 2006 warrant for the arrest of top Iranian officials in the bombing of a Jewish community center in Buenos Aires in 1994 on the claims of representatives of the armed Iranian opposition Mujahedin E Khalq (MEK), the full text of the document reveals.

The central piece of evidence cited in Nisman’s original 900-page arrest warrant against seven senior Iranian leaders is an alleged Aug. 14, 1993 meeting of top Iranian leaders, including both Supreme Leader Ali Khamenei and then president Hashemi Rafsanjani, at which Nisman claims the official decision was made to go ahead with the planning of the bombing of the Argentine Israelite Mutual Association (AMIA). 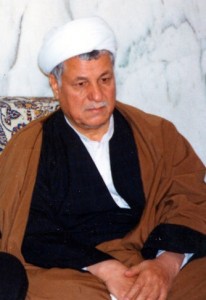 But the document, recently available in English for the first time, shows that his only sources for the claim were representatives of the MEK or People’s Mujahideen of Iran. The MEK has an unsavory history of terrorist bombings against civilian targets in Iran, as well as of serving as an Iraq-based mercenary army for Saddam Hussein’s forces during the Iran-Iraq War.

The organization was removed from the U.S. State Department’s list of terrorist groups last year after a campaign by prominent former U.S. officials who had gotten large payments from pro-MEK groups and individuals to call for its “delisting”.

Nisman’s rambling and repetitious report cites statements by four members of the National Council of Resistance of Iran (NCRI), which is the political arm of the MEK, as the sources for the charge that Iran decided on the AMIA bombing in August 1993.

The primary source is Reza Zakeri Kouchaksaraee, president of the Security and Intelligence Committee of the NCRI. The report quotes Kouchaksaraee as testifying to an Argentine Oral Court in 2003, “The decision was made by the Supreme National Security Council at a meeting that was held on 14 August, 1993. This meeting lasted only two hours from 4:30 to 6:30 pm.”

Nisman also quotes Hadi Roshanravani, a member of the International Affairs Committee of the NCRI, who claimed to know the same exact starting time of the meeting 4:30 p.m. but gave the date as Aug. 12, 1993 rather than Aug. 14.

Roshanravani also claimed to know the precise agenda of the meeting. The NCRI official said that three subjects were discussed: “The progress and assessment of the Palestinian Council; the strategy of exporting fundamentalism throughout the world; and the future of Iraq.” Roshanravani said “the idea for an attack in Argentina” had been discussed “during the dialogue on the second point”.

The NCRI/MEK was claiming that the Rafsanjani government had decided on a terrorist bombing of a Jewish community center in Argentina as part of a policy of “exporting fundamentalism throughout the world”.

But that MEK propaganda line about the Iranian regime was contradicted by the U.S. intelligence assessment at the time. In its National Intelligence Estimate 34-91 on Iranian foreign policy, completed on Oct. 17, 1991, U.S. intelligence concluded that Rafsanjani had been “gradually turning away from the revolutionary excesses of the past decade toward more conventional behavior” since taking over as president in 1989.

Ali Reza Ahmadi and Hamid Reza Eshagi, identified as “defectors” who were affiliated with NCRI, offered further corroboration of the testimony by the leading NCRI officials. Ahmadi was said by Nisman to have worked as an Iranian foreign service officer from 1981 to 1985. Eshagi is not otherwise identified.

Nisman quotes Ahmadi and Eshagi, who made only joint statements, as saying, “It was during a meeting held at 4:30 pm in August 1993 that the Supreme National Security Council decided to carry out activities in Argentina.”

Nisman does not cite any non-MEK source as claiming such a meeting took place. He cites court testimony by Abolghassem Mesbahi, a “defector” who had not worked for the Iranian intelligence agency since 1985, according to his own account, but only to the effect that the Iranian government made the decision on AMIA sometime in 1993. Mesbahi offered no evidence to support the claim.

Nisman repeatedly cites the same four NCRI members to document the alleged participation of each of the seven senior Iranians for whom he requested arrest warrants. A review of the entire document shows that Kouchaksaraee is cited by Nisman 29 times, Roshanravani 16 times and Ahmadi and Eshagi 16 times, always together making the same statement for a total of 61 references to their testimony.

Nisman cited no evidence or reason to believe that any of the MEK members were in a position to have known about such a high-level Iranian meeting. Although MEK propaganda has long claimed access to secrets, their information has been at best from low-level functionaries in the regime.

In using the testimony of the most violent opponents of the Iranian regime to accuse the most senior Iranian officials of having decided on the AMIA terrorist bombing, Nisman sought to deny the obvious political aim of all MEK information output of building support in the United States and Europe for the overthrow of the Iranian regime.

“The fact that the individuals are opponents of the Iranian regime does not detract in the least from the significance of their statements,” Nisman declared.

In an effort to lend the group’s testimony credibility, Nisman described their statements as being made “with honesty and rigor in a manner that respects nuances and details while still maintaining a sense of the larger picture.” The MEK witnesses, Nisman wrote, could be trusted as “completely truthful.”

The record of MEK officials over the years, however, has been one of putting out one communiquÃ© after another that contained information about alleged covert Iranian work on nuclear, chemical and biological weapons, nearly all of which turned out to be false when they were investigated by the International Atomic Energy Agency (IAEA).

The only significant exception to the MEK’s overall record of false information on the Iranian nuclear program was its discovery of Iran’s Natanz enrichment facility and its Arak heavy water facility in August 2002.

But even in that case, the MEK official who announced the Natanz discovery, U.S. representative Alireza Jafarzadeh, incorrectly identified it as a “fuel fabrication facility” rather than as an enrichment facility. He also said it was near completion, although it was actually several months from having the equipment necessary to begin enrichment.

Contrary to the MEK claims that it got the information on Natanz from sources in the Iranian government, moreover, the New Yorker’s Seymour Hersh reported, a “senior IAEA official” told him in 2004 that Israeli intelligence had passed their satellite intelligence on Natanz to the MEK.

An adviser to Reza Pahlavi, the heir to the Shah, later told journalist Connie Bruck that the information about Natanz had come from “a friendly government,” which had provided it to both the Pahlavi organization and the MEK.

Nisman has long been treated in pro-Israel, anti-Iran political circles as the authoritative source on the AMIA bombing case and the broader subject of Iran and terrorism. Last May, Nisman issued a new 500-page report accusing Iran of creating terrorist networks in the Western hemisphere that builds on his indictment of Iran for the 1994 bombing.

But Nisman’s readiness to base the crucial accusation against Iran in the AMIA case solely on MEK sources and his denial of their obvious unreliability highlights the fact that he has been playing a political role on behalf of certain powerful interests rather than uncovering the facts.

Gareth Porter, an investigative historian and journalist specializing in U.S. national security policy, received the UK-based Gellhorn Prize for journalism for 2011 for articles on the U.S. war in Afghanistan. [This article was originally published by Inter Press Service.]

← Iran/Iraq ‘Defectors’ and Disinformation
Would Jesus Drop the Nagasaki Bomb? →