Getting Israelis and Palestinians to the negotiating table may be a diplomatic accomplishment but it can’t be an end in itself. And while no one has lost money betting against an Israeli-Palestinian peace deal, there are some reasons that the odds are better this time, as ex-CIA analyst Paul R. Pillar notes.

The consensus of expectations is appropriately low for the resumption of U.S.-Israeli-Palestinian talks in Washington. Most of the reasons that expectations ought to be low are too familiar to need reviewing. But there are pegs on which to hang some shreds of hope, real pegs, not just illusory ones illustrating that hope springs eternal.

Aaron Miller mentions several of these; the one probably most worth noting is that Israeli Prime Minister Benjamin Netanyahu has publicly said some sensible things lately about how Israel’s future identity as a democratic Jewish state depends on reaching an agreement with the Palestinians. 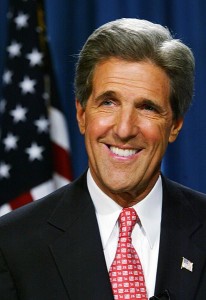 One must look for any pegs of hope primarily on the Israeli side, because of the immense asymmetry of this conflict. Israel is the powerful occupier that can make things, including a settlement, happen; the Palestinians are the relatively powerless subjects of the occupation. Queries that ask symmetrically whether the two sides really want an agreement need to be refocused squarely on Israel.

For decades now the great majority of Palestinians have realized that ending their current miserable situation can be achieved only through a negotiated agreement with Israel leading to a two-state solution. (The main exceptions to that belief are Palestinians who have so thoroughly given up hope of attaining such an agreement that they are thinking more of trying to assert rights within a binational state shared with Jewish Israelis.)

In a separate article Miller translates the asymmetry into political incentives for the leaders when he notes, “The Palestinian president, Mahmoud Abbas, needs an agreement on all the big issues, while the Israeli prime minister, Benjamin Netanyahu, could not sign one and survive politically.”

The preponderance of evidence is still against the proposition that Netanyahu’s more sensible statements reflect a change of heart or of direction. He has a history of giving lip service to the idea of a Palestinian state while doing nothing to achieve it and also making clear that his concept of such a “state” is instead a pale imitation of one in the form of subjugated bantustans. He leads a party that explicitly rejects a Palestinian state, and he is in coalition with other right-wingers who are just as explicit about not loosening Israel’s grasp on the West Bank.

Netanyahu has made a big deal about releasing some Palestinians from Israeli jails, but he has stoutly resisted changing the Israeli policy that is most directly antithetical to the negotiation of a bilateral agreement: the continued unilateral creation of facts on the ground in the form of expanding Israeli settlements in occupied territory.

A very plausible, and perhaps the most plausible, interpretation of reasonable-sounding statements from Netanyahu about an agreement with the Palestinians is that such statements are merely tactical and are calculated to help him pose as a man of peace, to buy him some goodwill internationally, and perhaps to give him more room to do other destructive things such as starting a war with Iran.

Looking beyond Netanyahu and his cabinet, the most fundamental reason not to expect change in Israeli policy is that Israel simply isn’t paying enough of a price for failing to change, notwithstanding jolts from time to time such as the European Union’s recent move regarding not doing business with Israeli activities in the occupied territories.

Life for most Jewish Israelis these days is pretty good, relatively safe, and still surrounded by a U.S.-provided political and economic cocoon made possible by the lock on American politics. Many Israelis are comfortable enough in the present not to face realities about the future. Some other Israelis, especially on the Right, apparently genuinely believe that the current apartheid arrangement can be sustained permanently.

Lest recall of these discouraging facts lead us to throw in the towel on peace negotiations, we need to realize that a prognosis, in the sense of an estimate of the most likely outcome, is different from a prescription. Sound policy does not mean merely adapting to what we think is most likely. It means taking into account all the costs, risks and potential benefits of different ways of pursuing more desirable rather than less desirable possible outcomes, while realizing all the while that our estimates might be wrong.

This principle is too often forgotten. It is forgotten in the Israeli-Palestinian context, for example, every time any dealings with Hamas are rejected on grounds that the group is “dedicated to the destruction of Israel” or some similar characterization. Such a description is outmoded and inaccurate, and it gives rise to an interesting inconsistency.

A decades-old charter, even though it has effectively been countermanded by more recent declarations by Hamas leaders, is taken as the basis for saying that Hamas “does not recognize Israel’s right to exist” and therefore should be shunned if not strangled. Yet the charter of the Likud Party, which explicitly rejects the right of a Palestinian state to exist, a rejection that prominent members of the party have in effect reasserted, is not taken as a reason for disqualifying Likud leaders as interlocutors in a negotiation ostensibly aimed at creating a Palestinian state.

The important point for the present purpose, however, is that even if one believes that the worst things said about Hamas’s objectives are probably true, careful consideration of cost, risks and possible benefits leads to the conclusion that Hamas should be engaged.

Let us approach Benjamin Netanyahu in the same spirit. We are entitled to retain healthy skepticism about his objectives, the more unfavorable interpretations of which may still turn out to be true. But we should give him every chance to demonstrate otherwise. We also should keep in mind how much the incentives, and the price of obstinacy, that are shaped by U.S. policy toward Israel will help determine whether we see a cooperative Netanyahu or an uncooperative one.

← Sending the Wrong Signals on Iran
Will Obama Pick a Retread for Fed? →

2 comments for “Israel-Palestine, Hope Against Hope”