Americans like to be liked and are often perplexed why so many people around the world “hate us.” Some of that comes from specific policies like support for Israel and  drone strikes, but there’s also the resentment toward big-power arrogance, a problem that is arising for China, too, says ex-CIA analyst Paul R. Pillar.

There is plenty of direct anecdotal evidence to shed light on this question, including what comes from the mouths of the most extreme adversaries of the United States. More systematic evidence comes from survey research, such as the most recent product of the Pew Global Attitudes Project, based on polling in over three dozen countries. 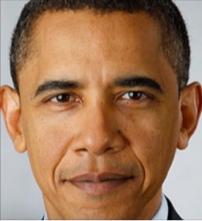 The overall picture this survey provides of the standing of the United States in world opinion is familiar, including abysmal numbers in most of the Middle East. This survey also continues a broader pattern in which there has been some reduction of positive sentiment toward the United States since the early days of Barack Obama’s presidency, but with the numbers still better in most of the world than they were under his predecessor.

Worldwide the United States still has a distinct lead over China as measured by the Pew survey’s recording of overall favorable versus unfavorable sentiment. The margin is surprisingly small, however, in some countries where there is reason to expect it wouldn’t be. In Britain the plurality for the United States over China in favorable ratings is ten percent, and in Australia it is only eight percent. Given that these are two of America’s closest allies, these results provide food for thought.

Some survey questions addressed specific issues that may contribute to the general sentiments. Drone strikes, for example, are quite unpopular in most places; because the United States uses such strikes and China doesn’t, this can only hurt the United States in the U.S.-China comparison. Conversely, the United States has a clear advantage on most elements of what is generally considered soft power, except science and technology, where China gets good marks.

One of the most instructive questions, despite its flaws, concerns whether each of the two major powers “considers” the interests of the respondent’s own country in shaping its policies. The main flaw in the question is that someone else’s interests can be “considered” from a hostile viewpoint, not just an accommodating one.

Nonetheless, a perception that one’s interests are not being considered at all is a significant data point. The clear overall pattern in the survey results is that most respondents in most countries believe that neither China nor the United States is considering their interests.

Majorities in nearly every European and Middle Eastern country believe that the United States does not consider their interests. That is also the belief of large majorities in major U.S. allies in the East Asia-Pacific region: Australia, Japan, and South Korea. Interestingly, one of the few countries in which a plurality (49 to 38 percent) of respondents believes the United States does consider their interests is China.

The comparable question that asked whether China considers the respondent’s country’s interests yielded similar majorities saying that it doesn’t. An exception to this pattern, however, is Africa.

The issue of whether big, strong countries pay attention to the interests of littler ones probably, despite the multiple possible ways of interpreting this particular survey question, gets to what underlies a lot of the negative sentiment directed at the big countries. It is basically a matter of arrogance, and the perception of arrogance.

In places such as sub-Saharan Africa, where China’s resource-hungry engagement with no human rights strings attached has made it seem more solicitous of the locals (whether it really is or not), it has enjoyed a different image. But arrogance in the rising Middle Kingdom is still visible enough to shape a lot of opinion around the world.

To some extent the resentment involved is an almost inescapable part of being a big power with a big global footprint and many interests of its own to pursue and protect. This has been part of the image of the United States for years, and as China has grown stronger and projected more power it has taken on some of the same image.

But the negative feelings among populations in other countries are by no means entirely inescapable. Either the United States or China could enhance its standing in the world relative to the other if it did a better job of avoiding the other’s mistakes that come under the heading of the arrogance of power.