Exclusive: For more than a decade since the Iraq invasion, President Bush, Prime Minister Blair and their senior aides have stuck to the story of innocent intelligence mistakes and evaded accountability. But the code of silence may crack if top British spy Richard Dearlove tells his story, says ex-UK intelligence officer Annie Machon.

In a surprising statement last weekend, the former head of Great Britain’s foreign intelligence-gathering agency, MI6, suggested that he might break the code of omerta around the fraudulent intelligence case including the so-called “dodgy dossier” that was used as the pretext for the Iraq War in 2003.

Sir Richard Dearlove, former head of MI6 and current Master of Pembroke College, Cambridge, contacted the UK’s Mail on Sundaynewspaper to state that he had written his account of the intelligence controversy in the run-up to the U.S./UK invasion of Iraq and indicated that he might release it in the near future. 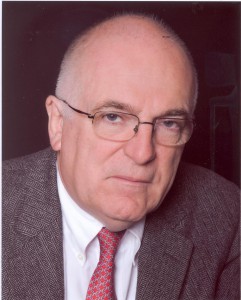 With the much-delayed official Chilcot Enquiry into the case for war about to be published, Dearlove is obviously aware that he might be blamed for “sexing up” the intelligence and former Prime Minister Tony Blair might once again evade all responsibility.

In the months before the U.S.-led invasion of Iraq in 2003, the British government produced a couple of reports “making a case for war,” as Major General Michael Laurie said in his evidence to the enquiry in 2011: “We knew at the time that the purpose of the [September] dossier was precisely to make a case for war, rather than setting out the available intelligence, and that to make the best out of sparse and inconclusive intelligence the wording was developed with care.”

The first such report, the September Dossier (2002), is the one most remembered, as this did indeed “sex up” the case for war as the late Iraqi weapons inspector David Kelly revealed. It also included the fraudulent intelligence about Saddam Hussein trying to acquire uranium from Niger, a bogus claim that President George W. Bush and other U.S. officials cited with great effect.

Most memorably in the UK, the dossier led to the “Brits 45 minutes from Doom” front-page headline in Rupert Murdoch’s The Sun newspaper, no less, on the eve of the crucial war vote in Parliament. The claim was that Iraq’s Saddam Hussein could deliver deadly germ warfare against British troops and tourists in Cyrus in only 45 minutes.

Also, just six weeks before the attack on Iraq, the so-called “dodgy dossier” was presented by British spies and politicians as an ominous warning of the Iraqi threat, although it was later revealed that the report was based largely on a 12-year-old PhD thesis culled from the Internet, but containing nuggets of raw MI6 intelligence.

Interestingly from a British legal position, it appears that Prime Minister Blair and his spin doctor Alastair Campbell released this report without the prior written permission of the head of MI6, which means that they appear to be in breach of the UK’s draconian secrecy law, the Official Secrets Act (1989).

Thus was made the dubious case for war with Iraq, lies leading to countless Iraq deaths (with some estimates over a million) and many more wounded, maimed, and displaced, yet no one held to account.

Subsequently, there was also the leak of the notorious Downing Street Memo in which Sir Richard Dearlove was reported as saying that the intelligence and facts were being “fixed” around a predetermined war policy.

On July 23, 2002, at a meeting at 10 Downing Street, Dearlove briefed Prime Minister Blair and other senior officials on his talks with his American counterpart, CIA Director George Tenet, in Washington three days before. In the draft minutes of that briefing, which were leaked to the London Times and published on May 1, 2005, Dearlove explained that President Bush had decided to attack Iraq and the war was to be “justified by the conjunction of terrorism and weapons of mass destruction.”

While then-Foreign Secretary Jack Straw pointed out that the case was “thin,” Dearlove explained matter-of-factly, “The intelligence and facts are being fixed around the policy.”

There is no sign in the minutes that anyone hiccupped, much less demurred, at ”making a case for war” in this dishonest fashion, let alone objected that Blair and Bush were preparing to launch a “war of aggression” outlawed by the post-World War II Nuremberg Tribunal and the UN Charter.

The evidence showed that the UK’s top spies aided their political masters by disseminating to the public raw intelligence and forged documents, with disastrous consequences for the people of Iraq and the world.

Yet Dearlove long has remained unrepentant. Even as recently as 2011, after his retirement and his receipt of many official honors, he continued to deny culpability. When questioned about the Downing Street Memo during an address to the prestigious Cambridge Union Society by the fearless and fearsomely bright student, Silkie Carlo, Dearlove tried grandiloquently to brush her aside with the excuse that his remarks were taken out of context..

But were the remarks in the Memo really taken out of context? The context of the Memo — and the larger historical context of what the world now knows about the fraudulent case for war with Iraq — would suggest that the comments were entirely in context, that the intelligence was being “fixed” around a preexisting decision to invade.

So Dearlove could potentially have saved many lives across the Middle East if he had gone public then, rather than waiting until the belated Chilcot report might sully his reputation. Would it not be far preferable if these servants of the Crown would actually take a stand while they are in a position to influence world events and prevent disasters like the invasion of Iraq?

Doing so now, purely to preserve his reputation after failing to act earlier to preserve the lives of innocent Iraqis, is even more “ethically flexible” than you would normally expect of an average MI6 intelligence officer. Perhaps that is why Dearlove floated to the top of the organization.

But Dearlove is right to be worried about how history and Chilcot will judge him. These intelligence failures and lies have been picked over and speculated about for years. They are now an open secret. However, finally threatening to spill the beans if he is harshly criticized smacks of desperation.

Dearlove is quoted as saying that he has no plans to breach the Official Secrets Act by publishing his memoirs. But by publishing an account of the run-up to the Iraq War, he would be equally guilty of a breach of the Official Secrets Act. It has been established under UK law that any unauthorized disclosure crosses the “clear bright line” of the law.

And Dearlove seems well aware of this his original plan was for his account to be made available after his death. I can see why he would plan it that way. First, he would escape prosecution, and second, he could protect his reputation for posterity. But an earlier disclosure by Dearlove could put Blair and Bush back in the spotlight.

The official motto of the UK spies is “Regnum Defende” – defense of the realm. Serving intelligence officers mordantly alter this to “Rectum Defende” – politely translated as watch your back. Dearlove seems to be living up to the motto. He must be one very frightened old man to be contemplating such premature publication.

← US, China Contend with Resentment
Why Consortiumnews Exists →