Attorney Lynne Stewart aggressively defended alleged terrorists, making her a target of President George W. Bush’s “war on terror.” After 9/11, she was prosecuted for violating special security rules for dealing with a client and is now dying of cancer in federal prison, denied compassionate release, reports William Boardman.

In the American justice system, even when a prisoner is not sentenced to be executed, the bureaucrats of the U.S. Justice Department’s Federal Bureau of Prisons still have extrajudicial ways of making sure a politically targeted prisoner will die in jail.

A recent example: Kathleen Kenney, general counsel for the Bureau of Prisons, informed the husband of Lynne Stewart, a 73-year old woman who is dying of cancer, that her request for “compassionate release” was denied because her “health is improving she does not present circumstances considered extraordinary and compelling at this time.” 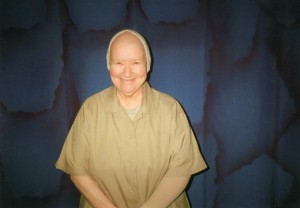 From her office in Washington D.C., Kenney countermanded the April 26 recommendation of the prison warden at the Carswell Federal Medical Center at the Naval Air Station in Fort Worth, Texas, that Stewart be released.

According to Ralph Poynter, Stewart’s husband, writing at lynnestewart.org: “This claim [by Kenney] is at once cynical and false. Lynne Stewart’s cancer continues to spread in her lungs. She remains in isolation as her white blood cell count remains so low that she is at risk for generalized infection. She weakens daily.”

Lynne Stewart a mother, a grandmother, a great-grandmother, a librarian and a lawyer (until disbarred by her conviction) spent most of her 32-year professional life representing clients who might otherwise have been unprotected from the justice system. She has had cancer for several years. It has metastasized.

The United States case against her is also a cancer, and it too, metastasized. In the 1990s, Stewart represented Omar Abdel-Rahman, also known as “the blind sheikh,” in his defense against terrorist conspiracy charges. Rahman was convicted in 1995 and is now serving a life sentence.

Stewart continued to represent him in appealing his conviction, but she agreed to follow “special administrative measures” imposed by the Justice Department. These measures are bureaucratically imposed conditions that, among other things, allowed the government to monitor Stewart and her client without regard to attorney-client privilege.

Stewart acknowledges she sometimes violated these special administrative measures, but the Clinton administration chose not to bring charges against her for those violations. However, in its deep panic of overreaction to 9/11, the Bush administration indicted Stewart in 2003. Those charges were dismissed.

Within months, the Bush administration re-indicted her, and publicly proclaimed her guilty. Attorney General John Ashcroft went on the David Letterman Show to announce the indictment, charging her before millions of viewers with conspiring to provide material aid to terrorists. There was no one there to defend her. In ordinary circumstances, Ashcroft’s behavior is a serious violation of legal ethics, but he was never sanctioned.

In 2005, after a nine-month trial, Stewart and two co-defendants were convicted. She faced a sentence of up to 30 years. She was already undergoing treatment for breast cancer. Judge John G. Koetl, saying he did not want to impose a death sentence, gave her 28 months. Stewart commented that she could do it standing on her head.

A Cousin of the President

Nevertheless, Stewart appealed the decision to the Second Circuit Court of Appeals in Manhattan, where one of the judges was related to President Bush. As the Center for Constitutional Rights reported it:

“Judge John Walker, George W. Bush’s first cousin, sits on that court. His family made their fortune selling munitions during WWI. He wrote that the 28 months was ‘shockingly low.’

“Judge Koeltl [had been] given his orders. The seemingly kindly boyish-looking jurist about whom it was said that he walks to work and looks after an elderly mother, not exactly a sadistic old lady killer, then reversed himself and on the same evidence nearly quadrupled the sentence, putting a seventy-year-old grandmother on chemotherapy away for ten years and two years’ probation after that for good measure.” [emphasis added]

Lynne Stewart, who has been a federal prisoner since Nov. 19, 2009, appealed again to the Second Circuit, which upheld her conviction and the re-sentencing that it had ordered. She has not appealed to the U.S. Supreme Court.

In April of this year, Chris Hedges wrote: “Lynne Stewart, in the vindictive and hysterical world of the war on terror, is one of its martyrs. A 73-year-old lawyer who spent her life defending the poor, the marginalized and the despised, including blind cleric Sheik Omar Abdel Rahman, she fell afoul of the state apparatus because she dared to demand justice rather than acquiesce to state sponsored witch hunts.

“And now, with stage 4 cancer that has metastasized, spreading to her lymph nodes, shoulder, bones and lungs, creating a grave threat to her life, she sits in a prison cell at the Federal Medical Center Carswell in Fort Worth, Texas, where she is serving a 10-year sentence. Stewart’s family is pleading with the state for ‘compassionate release’ and numerous international human rights campaigners, including Archbishop Desmond Tutu, have signed a petition calling for her to be freed on medical grounds.”

In November 2010, Human Rights Watch published a report, taking the U.S. to task for how seldom it grants any prisoner a compassionate release. Stewart asked for one anyway. The Bureau of Prisons showed her no compassion. Officially, and without credible explanation, the United States has expressed its preference to see a political prisoner suffer and die in prison, all because she didn’t take the government’s special administrative measures seriously enough.

“The jihadists’ favorite American lawyer, Lynne Stewart, reportedly has stage-4 breast cancer. Her radical friends, ranging from the ‘Party for Socialism and Liberation’ and ‘Workers World’ to Pete Seeger, Archbishop Desmond Tutu and convicted cop-killer Mumia Abu-Jamal, want her freed from jail. There’s only one decent response to the Lynne Stewart Fan Club’s criminal-coddling demand: No, hell, no.”

This is not the way attorney Kenney would put it, surely. And it’s not the way Attorney General Eric Holder would put it, or President Obama. But Malkin’s voice is their voice all the same, praising official cruelty in a voice turned up to high screech.

That may be the dominant voice of our day, but it is not the only voice possible. Other possible voices include Lynne Stewart’s on June 25, reacting to the denial of her compassionate release and telling her “friends, supporters, comrades” on her website: “I know we are all disappointed to the marrow of our bones and the depths of our hearts by the news that the Bureaucrats, Kafka like, have turned down my request for compassionate release.

“The letter from [attorney Kenney] is flawed, to put it mildly. Both factually and medically it has major problems. We intend to go to court and raise these in front of my sentencing Judge Koeltl. At the first sentencing he responded to a query by one of the lawyers that he didn’t want me to die in prison, we’ll see if he can now live up to that.

“In the meantime, once again, I grieve for my children and grandchildren who love me so much and had such great expectations of enjoying life together again in our beloved NYC and not just trying to, in the prison visiting room. My Ralph, too, whose dedication and love are only exceeded by the work he does on my behalf, but he is a born fighter and although he hurts, it all comes more naturally to him.”

“I have been fortunate to have lived a charmed life,” she wrote from prison on a recent occasion, grateful for her parents, her children, her husband, and concluding:

“I have enjoyed good friends, loved cooking, had poetry and theater for a joy. I could go on and on BUT all of this good fortune has always meant only one thing to me, that I have to fight, struggle to make sure EVERYONE can have a life like mine. That belief is what will always sustain me.”

William Boardman lives in Vermont, where he has produced political satire for public radio and served as a lay judge. [Reader Supported News is the publication of origin for this work.]

12 comments for “Another ‘War on Terror’ Casualty”