The military ouster of elected Egyptian President Mohamed Morsi was cheered by some anti-Islamists as a repudiation of Morsi’s autocratic rule and his Muslim Brotherhood. But the coup could further radicalize the region’s Islamists with dangerous implications for the U.S. and the world, says ex-CIA analyst Paul R. Pillar.

Amid the fast-moving political drama in Egypt, we should think about larger messages the events there are sending, to those outside as well as inside Egypt, that may prove more important than who is in the presidential palace in Cairo next month or even next year.

Egyptian dissatisfaction with Mohamed Morsi was grounded primarily in the dismal state of the Egyptian economy. But national leaders in many other countries have presided over economic failure without getting overthrown by military coups. Morsi was freely and fairly elected, just as much as many of those other leaders were. 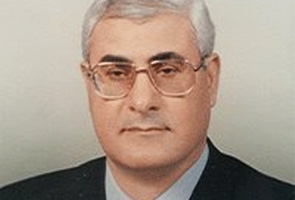 In this respect, the action the Egyptian military took this week is quite different from its ouster two years ago of Hosni Mubarak, whose entrenched position in power was the result of a rigged system in which no opposition leader ever had a fair chance to displace him.

Because Morsi bears the Islamist label, his election resurrected old phobias about whether democratically elected Islamists would respect democracy once in power. Some of the histories of fascist and communist parties may provide a good basis for asking such a question, although no one ever persuasively made the case as to why Islamists per se should be any more prone than those of other political stripes to put a nation into a “one man, one vote, one time” situation.

The fear nonetheless has been widespread. It underlay international (including U.S.) acquiescence when the Algerian military in 1992 aborted an electoral process in which, after the first round of what was supposed to be a two-round national election in Algeria, it was apparent that the Islamic Salvation Front was going to win an overwhelming victory.

Similar fears persist today, as reflected in Islamophobically-enhanced characterizations of the Egyptian Muslim Brotherhood as “a secretive, ideological Islamist underground movement” that “methodically engineered a takeover of Egypt’s political system.” That is a grossly inaccurate description of what has happened in Egypt over the past year. Morsi and the Brotherhood never came close to “taking over” the Egyptian system, as demonstrated in recent days especially by the postures of the police and the military.

Jonathan Steele in The Guardian, while making no apologies for Morsi’s overall performance, goes into more detail about how his conduct during his one year in the presidency gives scant evidence for making an argument that he was knavishly taking Egypt in an undemocratic direction. Morsi quickly retreated, for example, when decrees expanding presidential power proved unpopular. The Brotherhood-heavy composition of the cabinet was a result largely of opposition parties’ refusal to participate in it.

The Muslim Brotherhood was necessarily an “underground” organization during the many years under Mubarak and before, when it was legally banned. When it was given the opportunity to play by democratic rules, it did so.

That leads to what ought to be our main concern about this week’s events in Egypt, which is nicely articulated by Ed Husain of the Council on Foreign Relations. Husain also is no apologist for Morsi, saying that he is “not a fan of the Muslim Brotherhood” and opposes “their politicization of my religion.”

But he observes that given the Brotherhood’s prominence among Islamist organizations in the Middle East, what has happened to the democratically elected Morsi will lead extremist Islamists in the Arab world to say, “We told you so. Democracy does not work. The only way to create an Islamist state is through armed struggle.”

Those who, out of their distaste for anything Islamist, are welcoming the Egyptian military coup, ought to be careful what they wish for. They may wind up with something that is not just distasteful but dangerous.

As for near-term U.S. policy, President Obama ought to ignore advice for the United States to try to stage-manage the next chapter in the Egyptian political story. The futility of doing so is reflected in the negative reactions from different sides to just about anything the able American ambassador, Anne Patterson, has said that can be interpreted as weighing in on internal Egyptian politics.

U.S. military aid to Egypt, however, provides some leverage over the generals. That leverage ought to be used to encourage a prompt return to a democratic process, which would not be telling Egyptians what sort of government they ought to have but instead would be help in enabling Egyptians to determine themselves what sort of government they should have. Existing U.S. law providing for suspension of military aid after a coup ought to make the exertion of such leverage easier.

After the military coup in Algeria two decades ago, militant Islamists took up arms and the country was plunged into civil war. Over the next several years as many as 200,000 Algerians were killed. The same demonstration to Algerian Islamists that they would not be allowed to participate successfully in democratic politics was not lost on Islamists elsewhere in the region.

It was in the early and mid-1990s that violent Egyptian Islamists conducted most of their ultimately unsuccessful terrorist campaign in Egypt. Back in Algeria, the civil war finally concluded around 2002, when the Armed Islamic Group was vanquished. An even more radical splinter of the AIG called the Salafist Group for Preaching and Combat survived. It continues to operate today across much of western Africa under the name it later adopted: Al-Qaeda in the Islamic Maghreb.