Every four years when Iran holds presidential elections, U.S. journalists travel to Tehran, hang out with middle-class English speakers and when the vote tallies are in insist that the electoral outcome must have been rigged. But that typically reflects a lack of U.S. media objectivity about Iran, say Flynt and Hillary Mann Leverett.

This year’s Iranian presidential election is likely to produce a strong political figure who will have a significant impact on the Islamic Republic’s foreign and domestic policies, helping to ensure Iran’s continued internal development and bolstering its regional importance.

Yet every four years, a combustible mix of pro-Israel advocates, Iranian expatriates, Western Iran “experts,” and their fellow travelers in the media try to use Iranian presidential elections as a frame for persuading Westerners that the Islamic Republic is an illegitimate system so despised by its people as to be at imminent risk of overthrow. 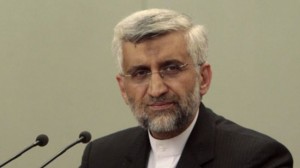 Iran’s election processes, pundits tell us, will be manipulated to produce a winner chosen by Supreme Leader Ayatollah Seyed Ali Khamenei — a “selection rather than an election” — consolidating Khamenei’s dictatorial hold over Iranian politics. Either Iranians will be sufficiently outraged to rise up against the system, commentators intone, or the world will have to deal with increasingly authoritarian — and dangerous — clerical-military rule in Tehran.

Contrary to an engineered selection, Iran is in the final days of a real contest. Candidates have had broad and regular access to national media, (including the broadcasting of extended videos about each candidate prepared by their campaigns), have advertised and held campaign events, and have participated in three nationally televised (and widely watched) debates.

High-quality surveys by both Western and Iranian pollsters show that the campaign is having a powerful effect on the eventual outcome. Western pundits and journalists have regularly identified nuclear negotiator Saeed Jalili as Khamenei’s “anointed” candidate and the clear “front-runner.” But high-quality polls have never identified Jalili as the clear front-runner.

The data strongly suggest that no candidate will win a majority of votes cast on June 14 — meaning there will almost certainly be a second-round runoff on June 21 between the first round’s two best performers. Among the four leading candidates — Jalili, Qalibaf, Rezae, and Rohani — Qalibaf seems best positioned to make a runoff; more voters now say they will cast first-round votes for him than for anyone else.

As Jalili, Rezae and Rohani compete, effectively, for the second runoff spot, all three have substantial organizational networks. But Rezae and Rohani emerged from the debates with rising popular support; Jalili did not.

And Rohani is working to mobilize reformist and centrist voters behind him; former presidents Ali Akbar Hashemi Rafsanjani (arguably the quintessential Iranian centrist) and Mohammad Khatami (the Islamic Republic’s only reformist president) have both endorsed him. Neither Jalili’s runoff spot nor his second-round victory is anywhere close to a “sure thing.”

More broadly, all four serious contenders have long records of service to the Islamic Republic. Their dedication to the Iranian Revolution and the political order it created is beyond question. Yet each advocates a distinctive presidential agenda and leadership style to advance the Islamic Republic’s domestic and international interests over the next several years.

The relevant question is not whether the Islamic Republic meets Western preferences for selecting political candidates — clearly it doesn’t — but whether most Iranians believe they have meaningful choice in this year’s election. On this point, polls suggest that first-round turnout will be around 70 percent — not as high as 2009’s extraordinary 85 percent, but respectably high compared to previous presidential elections. Whichever candidate ultimately emerges as Iran’s next president, it will be because he earned the requisite degree of electoral support, not because he was “anointed.”

And whether the next Iranian president is named Jalili, Qalibaf, Rezae or Rohani, he will almost certainly prove to be a highly consequential figure in the Islamic Republic’s political history. The Islamic Republic’s last four presidents — Seyed Ali Khamenei (now Supreme Leader), Rafsanjani, Khatami, and outgoing incumbent Mahmoud Ahmadinejad — were all accomplished figures in office, winning re-election and substantially affecting both domestic and foreign policies.

Yet all four also had to deal with — and were, at times, deeply frustrated by — other power centers in the Islamic Republic’s constitutional order, including the Supreme Leader and the popularly elected parliament.

This dynamic will continue into Iran’s next presidency. Since succeeding Imam Khomeini, the Islamic Republic’s founding father, as Leader, Ayatollah Khamenei has ascribed high priority to maintaining balance in the system — balance among ideological factions and among constitutionally defined power centers.

As Leader, Khamenei allowed Rafsanjani, Khatami, and Ahmadinejad to pursue large parts of their self-defined and very different presidential agendas; but he also restrained them when he judged that their initiatives might weaken the Islamic Republic’s identity and long-term security. Khamenei will continue playing this role after Iran’s newly elected president replaces the term-limited Ahmadinejad in August.

Parliament will also continue constraining presidential prerogative. Under speaker Ali Larijani, parliament pushed back with increasing intensity against a range of presidential initiatives and interests during Ahmadinejad’s second term. For pro-Ahmadinejad Iranians, this was unfortunate; for Ahmadinejad opponents — especially among conservatives — it was gratifying. The more important point is that this is how the Islamic Republic is designed to function — and almost certainly will function after the next president takes office.

Americans and most other Westerners have never been able to take the Islamic Republic seriously as a system — one reason successive U.S. administrations have, for three decades, bought into perennially mistaken, agenda-driven claims of the Islamic Republic’s vulnerability and impending collapse.

Westerners must tune out constant efforts to demonize Iran’s revolutionary order if they are to look soberly at the reality of Iranian politics. For only then will they be able to see the Islamic Republic as a polity with which their own governments can (and should) come to terms

Flynt Leverett served as a Middle East expert on George W. Bush’s National Security Council staff until the Iraq War and worked previously at the State Department and at the Central Intelligence Agency. Hillary Mann Leverett was the NSC expert on Iran and from 2001 to 2003 was one of only a few U.S. diplomats authorized to negotiate with the Iranians over Afghanistan, al-Qaeda and Iraq. They are authors of Going to Tehran. [This article originally appeared at HuffingtonPost.]