The mainstream media’s assault on Edward Snowden’s character has begun, with columns in outlets like the Washington Post and The New Yorker calling him “narcissistic” and reckless. But his brave disclosures highlight how out of control the U.S. surveillance state is and how it threatens democracy, says Christopher H. Pyle.

Edward Snowden is not a traitor. Nor is he a hero, at least not yet. But he probably will be martyred by an Establishment that cannot abide critics.

Both House Speaker John Boehner, R-Ohio, and Senate Intelligence Committee chair Dianne Feinstein, D-California, have called him a traitor, which only shows how ignorant they are. Under the U.S. Constitution (and the Espionage Act of 1917), it is not enough for a leaker to do something that might arguable “aid or comfort” an enemy; the leaker must also have the intent, by his disclosures, to betray the United States. No proof exists the Mr. Snowden had either motive. 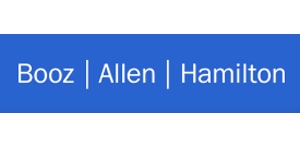 Quite the contrary. Had he wanted to aid an enemy and hurt the United States, he would not have gone public. He would have secretly disclosed very different information to the agents of a foreign power.

Which raises the question: Why can’t these politicians respect Mr. Snowden for what he is: a young man who does not claim to be a hero but who is willing to go to jail, if necessary, to start a debate over what our bloated intelligence community and do-nothing Congress are doing to our liberties?

Part of the answer is that the politicians don’t want to admit that Congress (and the courts) have failed to exercise adequate oversight over a giant network of secret agencies and corporations that is wasting billions of dollars on worthless surveillance and, in the process, invading the  privacy of millions of Americans and endangering the capacity of reporters, leakers and crusading members of Congress to check the secret abuses of secret government.

This scandal is not just about Edward Snowden, the National Security Agency, and Snowden’s profiteering bosses at Booz Allen Hamilton. It is about secret government in general, the militarization of intelligence, the privatization of governmental functions, and the role of secret campaign contributions to prevent adequate oversight of the Executive Branch and its pet companies.

Sen. Feinstein and her colleagues don’t want to admit it, but the secrecy system does not permit her and her colleagues to restrain secret government. Once they get a secret briefing, they are pledged not to discuss what they have learned, even with their staffs. Feinstein is such a weak overseer that she could not even persuade the secret FISA court to declassify its sweeping surveillance orders or the legal rationale behind them.

But Mr. Snowden could do that with his leaks. He, not the senator, revealed that the secret court had, with its rubber stamp, rendered the Fourth Amendment protections against unreasonably broad seizures meaningless.

This is not Sen. Feinstein’s fault alone. It’s not even President Barack Obama’s fault. The secrecy system is out of control. There are supposed to be three levels of security classifications: Confidential, Secret, and Top Secret. Bradley Manning’s massive leaks proved that most documents marked Confidential or Secret do not deserve to be classified at all.

Much that is labeled Top Secret only needs be kept secret for short periods of time. The truly important secrets are classified, if that is the right word, well above Top Secret, in that access to them is restricted to people with special authorizations and special needs to know.

This security system, which keeps Congress and the public largely in the dark about matters they ought to know in a timely fashion, is profoundly corrupt. Contrary to what the politicians say, its chief function is not to keep enemies ignorant; most secret information has nothing to do with the kind of details that might help an enemy. Its chief function is to protect bureaucrats and politicians from being held accountable for their failings, including their wasteful distribution of government contracts to companies like Booz Allen.

So, if Congress wants to make the intelligence budget go further, it ought to ask why Booz Allen is paying people of Snowden’s limited education more than $125,000 a year, and taking still more money off the top of the contract for itself. (The company routinely steals valuable employees from the government by paying them more, and then rents them back to their former agencies at an inflated price.)

But Congress probably won’t investigate, because Booz Allen has hired Mike McConnell, the former NSA (and National Intelligence) director, as its vice chairman.

Since 9/11, private corporations have greatly expanded the intelligence community. Seventy percent of the community’s budget now goes to private contractors. So members of Congress, reporters, and suspected leakers are not just vulnerable to government surveillance; they are vulnerable to corporate reprisals, should their investigations or disclosures pose a threat to companies in the intelligence business. These surveillance powers can be used not only to protect secret agencies from criticism; they can be used, as General Motors once used them, to try to discredit critics like Ralph Nader.

Many people believe that they have nothing to fear from government/corporate surveillance because they have nothing to hide. But every bureaucracy is a solution in search of a problem, and if it can’t find a problem to fit its solution, they will redefine the problem. In the 1960s, the surveillance bureaucracies redefined anti-war and civil rights protests as communist enterprises; today the same bureaucracies redefine anti-war Quakers, environmentalists, and animal rights activists as “terrorists.” So political activists, no matter how benign, have good reasons to fear these bureaucracies.

Again, most Americans do not worry because they are not political activists, reporters, investigating legislators, or crusading attorneys general like Eliot Spitzer. Most Americans are like the Germans who did not fear the secret police because they were not Jews. But all Americans depend on reporters, leakers and crusading legislators to keep government agencies and private corporations under control. So they should worry about government secrecy, the militarization of surveillance, the privatization of intelligence, and the role of corporate money in elections.

Snowden has revealed just enough to show how pervasive this spying is. Will we pay attention, or will we be distracted by irrelevant attacks upon his character? Given all he has sacrificed to let us know what is happening inside our secret government, don’t we owe it to him to pay attention?

Professor Christopher H. Pyle teaches constitutional law and civil liberties at Mount Holyoke College in South Hadley, Massachusetts. He is the author of Military Surveillance of Civilian Politics, Getting Away With Torture, and The Constitution under Siege (with Richard Pious). In 1970, he disclosed the military’s spying on civilian politics and worked for three congressional committees to end it, including Sen. Frank Church’s Select Committee on Intelligence.