President Obama has promised to put tighter restrictions on his use of lethal drones in U.S. counterterrorism attacks, but even if he follows through, there’s no guarantee that some future president won’t cite the precedents of the past decade to expand the operations again, writes Independent Institute’s Ivan Eland.

Prior to the 2012 election, President Barack Obama told aides that he wanted to institutionalize the ad hoc “war on terror,” thus shaping it for years to come whether he was re-elected or a successor took over, according to the New York Times. This desire led to the recent presidential speech at the National Defense University that pledged to cut back on the use of drone strikes, targeting only those terrorists who threaten the United States, and to remove the CIA from the targeted killing (read: assassination) business.

The new stated policy is a welcome alternative to the prior Bush/Obama policy of endless war against every radical Islamist. But as the Times correctly noted, whether the new stated policy will live up to the hype is uncertain, given the internal compromises made in developing the doctrine and the resultant fuzzy language. More important, indications are that even if the new policy lives up to its lofty goals, it will still not be enough and will probably not constrain future presidents. 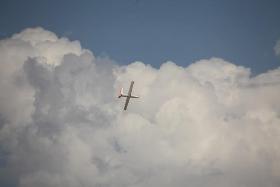 The criteria for targeting terror suspects with drones outside war zones has been restricted from those who are a “significant threat to U.S. interests” to those who pose a “continuing, imminent threat to U.S. persons” and the killing of whom would almost certainly avoid civilian carnage. Of course, “continuing” and “imminent” in the same phrase are contradictory and illustrate the continuing problem with the war on terror.

It is clear from the U.S. Constitution’s wording and the debates surrounding its creation at the Constitutional Convention that Congress is supposed to approve even minor military actions,through letters of marque and reprisal,unless the country is imminently in danger. Even in this latter case, if the president acts militarily, he should get congressional approval after the immediate danger has passed. So Congress should bless any “continuing” military action against even a lowly terrorist foe.

Because both George W. Bush and Obama have run unauthorized drone attacks outside the formal war zones of Iraq and Afghanistan (the authorization to use military force [AUMF] in the latter case only allows military strikes against those who perpetrated the 9/11 attacks or harbored the attackers) in Pakistan, Yemen, and Somalia, the new doctrine only limits the constitutional infringement rather than ending it.

In addition, because the CIA fought tenaciously for its turf, the transition of the drone campaign in Pakistan from agency to military control has been delayed indefinitely. So the change here may yet turn out to be an empty promise. Also, “signature strikes”,the targeting of unidentified armed men only presumed to be terrorists,in Pakistan will still be allowed, thus seemingly negating the aforementioned policy to ensure that innocent civilians are not killed.

Even if drone strikes are eventually transferred from the CIA to the Pentagon, however, it may be important only in the minds of Washington’s politicians and bureaucrats, rather than effecting the implied improvement in transparency. After all, military operations can be as secretive as CIA operations. And the Presidential Policy Guidance containing all of the above new restrictions and changes remains classified, so the American public is still in the dark about the details of the still illegal and unconstitutional wars its chief executive is running.

But for a moment, let’s give the administration the benefit of the doubt that a more restrictive “war on terror” will actually result from the president’s speech. One objective of the change in policy is to restrict the actions of future administrations against suspected terrorists, or as the New York Times quoted one White House aide, “We have to set standards so it doesn’t get abused in the future.” What the aide was really claiming was that the Obama administration could abuse the Constitution responsibly but such contravention of the document by future administrations (especially Republican ones) would likely not be so benign.

Yet American history shows that once a precedent for constitutional abuse is set, usually during a crisis, it may lie dormant for years, decades, or even centuries and then be dragged out again. Some examples should illustrate the point.

Abraham Lincoln unconstitutionally suspended habeas corpus (jailing people without allowing them to challenge their incarceration) during the Civil War (the Constitution permits only the Congress to do so under conditions of invasion or rebellion). Ulysses Grant, as president, followed Lincoln’s bad precedent during Reconstruction. Almost a century-and-a-half later, George W. Bush resurrected the unconstitutional practice during the war on terror.

For most of American history, Congress approved important military actions with a declaration of war. During the Korean War, Harry Truman euphemistically called it a “police action” and unconstitutionally failed to seek such a declaration. A decade-and-a-half later, Lyndon B. Johnson, following Truman’s bad precedent, chose to substitute a vaguely worded congressional Gulf of Tonkin resolution for a formal declaration and then exploited the resolution to secretly escalate the Vietnam War. Ever since Truman’s precedent, Congress has constitutionally declared none of the United States’ periodic major wars.

These examples illustrate the resiliency of even dormant presidential precedents. So even if Obama’s somewhat laudable, but long overdue, restriction of the war on terror is effected, it may not prevent abuses by future presidents, who will cite the earlier expansive Bush/Obama “war on terror” as their unfortunate precedent.