Without doubt, the U.S. government over-classifies national security information, hiding not just genuine secrets but policy debates and mistakes. This creates tensions for whistleblowers and journalists over what should be public. But there are legitimate concerns about leaking, says ex-CIA analyst Paul R. Pillar.

Public discussion of the subpoena of telephone records of Associated Press reporters as part of a leak investigation has been impaired by widespread ignorance or misunderstanding of what is going on with this case, as well as by the political environment in which the issue has surfaced.

To begin with, none of us on the outside have any good basis for assessing the importance or potential importance of the phone records to this particular investigation. We don’t know what other leads the investigators have, and we don’t know the breadth of follow-up implied by whatever leads they do have. 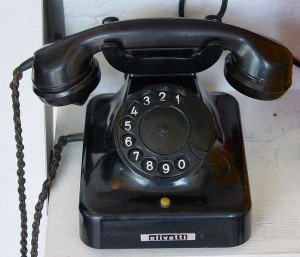 We thus have little or no ground as uninformed critics for second-guessing how the FBI is handling the case, in terms of obtaining the records at all or of the extent of the records that were subpoenaed.

The damage of leaks appears to be widely misunderstood, given how swiftly many commentators are brushing aside the issue of damage in the current case. Leaking of classified information significantly harms national security because it is awfully hard to run an effective national security operation if what stays secret and what becomes public is determined by any individual with an ax to grind or a personal agenda to push and enough of a wild streak to break the rules.

Some commentary has offered opinion on how much the particular leak that is apparently in question in the current case was or was not damaging, but that is too narrow a perspective. Any leak is a blow to the discipline needed to keep secret information secret.

Those focusing narrowly on this single leak ought to think more about what it means in terms of political incentives and what is right or wrong regarding the behavior of political leaders. Although neither the attorney general nor any other official has publicly identified the leak in question, nearly all speculation centers on AP’s reporting on an overseas terrorist plot that the United States evidently was able to infiltrate and thus to neutralize.

For the Obama administration, this was a good news story; the United States prevented a terrorist attack through effective counterterrorist work. Outsiders would have had stronger grounds for criticism if the administration were not vigorously investigating a leak that had worked in its favor.

A commonly stated myth is that the AP is a “target” of this investigation, or even more preposterously, that it is being “punished.” The actual target of any leak investigation is the leaker; obtaining information about the contacts and activity of journalists is only a way to try to identify that target. It is a simple matter of relative numbers.

There are many potential leakers, among the many people inside government who typically have access to information about even fairly sensitive secret subjects, which is why so many leak investigations fail to come up with the culprit. But there is only one news organization that got the scoop.

Political exploitation by domestic adversaries of the administration is a major part of this story, and of course such exploitation is nothing new. This pattern has been intensified by concatenation of the latest leak case with a couple of other developments that have been making the White House’s political life more complicated lately.

One is a kerfuffle over some talking points composed by committee amid a confusing situation overseas, with the kerfuffle begun during the 2012 election campaign and being dragged out indefinitely to try to damage a possible candidacy in the 2016 election.

Another is an inept job by a unit in the Internal Revenue Service in trying to deal with a confusing legal situation regarding political activity and tax exemption. None of these matters have anything to do with each other, but that does not stop those who smell political blood from doing the concatenating. One story is an event, two is a pattern, and three, if you work for Fox News, is a wave of scandals.

The leak case, as with any leak case, also has a broader constituency that is making a fuss and on which Fox and the New York Times are on the same side. Leaks are red meat to journalists, especially ones who work on any kind of a national security beat.

And so journalists in general, and the news organizations for which they work, tend to be pro-leak. This means that readers of those organizations’ products are reading articles, not to mention editorials, that are slanted in the direction of criticizing vigorous investigation and prosecution of leaks.

This constituency tries to suggest there is a First Amendment issue involved. There isn’t. There is much talk of how something like the subpoenaing of reporters’ phone records has a “chilling” effect on the work of journalists, but no one explains exactly how and why that should be the case. It is not apparent why even journalistic exploitation of leaks would be chilled, and there certainly is no reason to expect any effect on vigorous reporting of other sorts, including on national security matters.

Finally, discussion of the seizure of AP phone records seems to go on without reflecting on who has access to such things in the private or public sectors and how this ought to affect how we think about privacy.

Phone companies have complete records of how you, I, the AP reporters and everyone else have used their telephones. Internet service providers have complete access to people’s Internet searches and email. Financial institutions have to-the-penny records of people’s financial assets and transactions.

Some would say that giving access to the government, with the ultimate coercive power of the state, is a different matter from having a voluntary relationship with a commercial enterprise. But short of relying on smoke signals and face-to-face barter, one has to deal with some such businesses.

Sometimes even the choice of a particular business is not all that voluntary. As a land-line user, for example, there is one phone company I really have to use. Moreover, when we think about institutional motivations, which should worry us more: the actions of a government institution subject to public oversight and political checks and balances, or a private sector institution motivated by profit?

In this regard it is interesting that the attention to the leak investigation has coincided with another story about journalists and about people involuntarily surrendering some of the privacy surrounding their professional activity. In this latter story, reporters for Bloomberg News were found to have exploited access to information about the activities of subscribers to Bloomberg’s financial data service, including when the subscribers were logging in and logging out and what types of data they were accessing.

As for how much of a subscriber’s relationship with Bloomberg is voluntary, Neil Irwin notes that “if you are a high-grade financial professional, Bloomberg does everything possible to make it hard for you not to subscribe to its roughly $20,000-a-year data terminal.”

As for motivation of the institution, Irwin goes on to observe that for Bloomberg, “the terminal business is so lucrative and so important that it can spare no expense to make sure” that when an event happens with any possible business or financial implication, “the news will pop up on a Bloomberg terminal first.” Evidently Bloomberg News was sparing not only no expense but also no qualms about snooping on the activities of its customers.

It would be especially interesting to get AP reporters and Bloomberg reporters into the same room to discuss the techniques and ethics of information-gathering and how they relate to the journalism profession.

← The Jackie Robinson Republicans
What a Real Cover-up Looks Like →

2 comments for “The Delicate Balance of Leaking”