The Republican fixation on Benghazi “talking points” has obscured the bigger scandal of last September’s fatal attacks, the CIA’s use of the consulate as an operational base without sufficient security. That failure underscores a series of other unexamined intelligence failures, says ex-CIA analyst Melvin A. Goodman.

When congressional Republicans complete manipulating the Benghazi tragedy, it will be time for the virtually silent Senate Intelligence Committee to take up three major issues that have been largely ignored.

The committee must investigate the fact that the U.S. presence in Benghazi was an intelligence platform and only nominally a consulate; the politicization by the White House and State Department of CIA analysis of the events in Benghazi; and the Obama administration’s politicization of the CIA’s Office of the Inspector General (OIG), a process that has virtually destroyed the office and deprived congressional intelligence committees of their most important oversight tool. 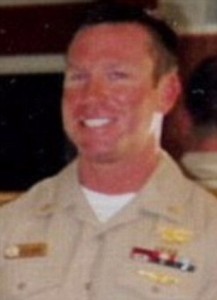 Former Navy SEAL Tyrone Woods, who was one of four Americans killed on Sept. 11, 2012, at the U.S. consulate in Benghazi, Libya. Woods and another slain security officer were under contract with the CIA.

When U.S. personnel were airlifted from Benghazi the night of the attack, there were seven Foreign Service and State Department officers and 23 CIA officers onboard. This fact alone indicates that the consulate was primarily diplomatic cover for an intelligence operation that was known to Libyan militia groups.

The CIA failed to provide adequate security for Benghazi, and its clumsy tradecraft contributed to the tragic failure. On the night of the attack, the small CIA security team in Benghazi was slow to respond, relying on an untested Libyan intelligence organization to maintain security for U.S. personnel. After the attack, the long delay in debriefing evacuated personnel contributed to the confusing assessments.

The Senate Intelligence Committee should investigate why the State Department changed the CIA analysis of Benghazi before it went to the Hill. The Congress is entitled to the same intelligence analysis that is provided to the White House with few exceptions.

In the wake of the intelligence hearings in the mid-1970s in response to intelligence abuses during the Vietnam War, the CIA lost its exclusive relationship with the president and had to accept a rough equilibrium between the White House and the Congress. It serves both branches of government, and is accountable to both. It cannot act on presidential requests without clearance from the Congress.

The success of the Bush and Obama administrations in weakening the CIA’s OIG has ensured that CIA failures have gone unexposed and uncorrected. The statutory Inspector General was created in the wake of the Iran-Contra scandal to assure integrity at the CIA. After the office published reports critical of both CIA’s performance before 9/11 and its detentions program, however, the CIA’s operations managers wanted the office shut down.

Successive directors have complied. CIA Director Michael Hayden authorized an internal review of the OIG in 2007 that had a chilling effect on the staff. CIA Director Leon Panetta went even further, appointing an Inspector General in 2009 who lacked both professional experience in managing intelligence investigations as well as the watchdog mentality that the position requires.

When nine CIA operatives and contractors were killed by a suicide bomber at a CIA base in eastern Afghanistan, Panetta proclaimed that the bombing involved no operational failures and allowed the operational bureau responsible for the program to investigate itself rather than pursue an IG inspection. Even when the OIG documented Agency lies to the Congress concerning a secret drug interdiction program in Peru, no significant disciplinary action was taken.

As a result, the Agency’s flaws have gone uncorrected. The politicization of intelligence in the run-up to the Iraq War in 2003 was the worst intelligence scandal in the CIA’s history, but there were no penalties for those who supported CIA Director George Tenet’s efforts to make phony intelligence a “slam dunk” as well as Deputy Director John McLaughlin’s “slam dunk” briefing to President George W. Bush. The CIA’s production of an unclassified white paper for the Congress on the eve of the vote to authorize force in October 2002 marked the misuse of classified information to influence congressional opinion, but there were no consequences.

The destruction of the torture tapes, a clear case of obstruction of justice in view of White House orders to protect the tapes, led to no recriminations at the CIA. The controversy over the use of drone aircraft; the intelligence failure that accompanied the Arab Spring in 2011; and the inadequate security presence in Libya in the wake of the killing of Muammar Gaddafi have not received the necessary scrutiny.

Any CIA component in the Middle East and North Africa is a likely target of militant and terrorist organizations because of the Agency’s key role in the Bush administration’s “war on terror” and the Obama administration’s increasingly widespread use of drone aircraft.

The ability of the Nigerian underwear bomber to board a commercial airline in December 2009 marked an intelligence failure for the entire intelligence community, but there was no serious attempt to examine the breakdown in coordination between five or six intelligence agencies, let alone pursue accountability. Instead, President Obama halted all efforts to return home Yemeni prisoners at Guantanamo. Like the use of lethal drones, the Guantanamo prison generates far more recruits for terrorism than any other U.S. action.

If more attention is not given to the biblical inscription at the entrance to the CIA headquarters in Langley, Virginia, that only the “truth will set you free,” the decline of the CIA and the intelligence community will continue.

Melvin A. Goodman, a senior fellow at the Center for International Policy, was an analyst at the CIA for 24 years. He is the author of the recently published National Insecurity: The Cost of American Militarism (City Lights Publishers) [This article previously appeared at Counterpunch and is reprinted with the author’s permission.]

3 comments for “The Real Benghazi Scandal”