Exclusive: At the heart of the new George W. Bush Presidential Library and the Bush Family’s frantic efforts to rehabilitate its image is a novel approach toward putting visitors on the spot by putting them in Bush’s shoes as he faced tough choices, a challenge that Robert Parry agrees to take on.

The strategy at George W. Bush’s presidential library for fending off criticism of Bush’s controversial indeed criminal decisions is to put a visitor on the defensive with the question: “Well, what would you have done?” The idea is to get the average person to sympathize with the 43rd president’s predicament and thus judge him more leniently.

The New York Times reported that “the hypothetical exercise, which includes touch screens that let users watch videos of ‘advisers’ before voting on whether they would make the same choices that Mr. Bush did, revisits the most consequential moments of his administration.” 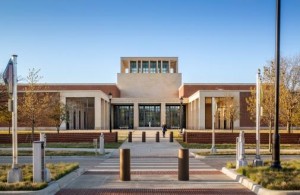 The George W. Bush Presidential Center at Southern Methodist University in Dallas, Texas, is set for dedication on April 25 and opening to the public on May 1.

So, let me take a crack at what I would have done if I were in Bush’s shoes or what I think he should have done.

First, if my primary qualification to be president was that my dad had held the job, if I had failed at nearly every job I ever had because I was a throwing-up drunk through my 40th birthday, if I were thoroughly unprepared in my understanding of American constitutional principles and in my knowledge of world events, I would never have run for such a powerful office.

To do so would be reckless and irresponsible. Who knows? I might have ended up getting a lot of innocent people killed, driving the United States deeply into debt, and wrecking the world’s economy.

Second, if I did run for the office and lost the national popular vote by more than a half million ballots, I would have let the local officials in Florida do their job and count all the votes in that swing state as accurately as they could. I would not have turned to my brother’s cronies in Florida and my dad’s friends on the U.S. Supreme Court to thwart the will of the American people.

As we now know, a full count of Florida votes that were regarded as legal under state law would have given Florida narrowly to Al Gore. I would have accepted that judgment rather than dispatching rioters to block a recount in Miami and then getting five Republican partisans on the Supreme Court to block the state from completing its vote count. [For details, see Neck Deep.]

Third, if I had run despite my lack of qualifications and if I had stolen the election, I would have listened to the advice of outgoing President Bill Clinton who urged that the federal budget surplus be safeguarded to assure Social Security and Medicare for the Baby Boomer generation. Or at least we could have continued paying down the debt, which was projected to completely disappear over the next decade.

I wouldn’t have blundered forward with an ideological plan to slash taxes mostly to benefit the rich and to throw the federal government back into an ocean of red ink. I also wouldn’t have followed right-wing orthodoxy and cut back on regulation of banks and other major economic institutions.

Fourth, I would have listened to professional counterterrorism experts who warned about a growing threat from al-Qaeda terrorists. I wouldn’t have blown off increasingly dire CIA threat analyses like the one delivered to my ranch in Texas on Aug. 6, 2001, the one that read: “Bin Laden Determined to Strike in U.S.” I would have ordered an all-hands-on-deck assessment of the risk and what to do to stop the impending attack.

Fifth, if the 9/11 attacks occurred anyway, I would have concentrated on bringing the perpetrators to justice with a minimal level of additional violence. If the Afghan government was willing to turn over Osama bin Laden and other conspirators and would agree to shut down al-Qaeda bases, I would have pursued that possibility.

If there was no way to get bin Laden and his terrorist associates through traditional legal channels and an invasion became necessary, I would have stuck to the goal of effecting their capture. If bin Laden and his men were cornered in the mountains of Tora Bora, I would have provided the military resources (requested by U.S. Special Forces) to finish the job then and there, rather than abruptly diverting the Pentagon brass toward planning for an invasion of Iraq, which had nothing to do with 9/11.

Sixth, under no circumstance would I have drummed up a fake case for invading Iraq. Not only was Iraq innocent of 9/11 and unconnected with al-Qaeda, but an unprovoked invasion of a country is a violation of international law.

At the Nuremberg Tribunal after World War II, U.S. prosecutors proclaimed aggressive war “the supreme international crime differing only from other war crimes in that it contains within itself the accumulated evil of the whole.” I would not have mocked international law, but rather embraced it as the most effective way to build real peace and cooperation in the world, including addressing the existential threat of global warming.

Seventh, I would have trusted FBI interrogators to extract useful intelligence from al-Qaeda detainees without resorting to the disgraceful practice of torture. I would have slammed the door on the psycho babble from CIA contractors about “learned dependency” and shown the door to John Yoo and anyone else spouting legal mumbo-jumbo justifying “enhanced interrogation techniques.”

As President of the United States a nation that has a proud history of rejecting the barbaric practice of torture, even enshrining in the Constitution a prohibition against “cruel and unusual punishments” I would have summarily fired anyone suggesting such a thing and ordered the prosecution of anyone who committed such a crime.

Eighth, I also would have sent packing anyone who suggested that the President has “plenary” or unlimited powers during wartime, even a “war” as amorphous as the “war on terror.” And I never would have used such an imprecise and insidious phrase, since it suggests a never-ending war against an emotion or a tactic, not some definable enemy.

Ninth, I wouldn’t have allowed my political operatives to attack the patriotism of fellow Americans just for disagreeing with me. On the contrary, I would have insisted on a full and free debate on an issue as weighty as going to war. I would have repudiated any suggestion that the debate should be constrained through intimidation.

There would have been no winking at supporters who threatened the Dixie Chicks nor nodding toward subordinates who leaked the identity of CIA officer Valerie Plame as part of a whispering campaign to discredit her husband for questioning one of the false claims about Iraq (a lie about Iraq seeking uranium in Africa that I would not have included in my 2003 State of the Union speech in the first place).

Tenth, having stumbled through the first four years of my presidency with nearly 3,000 Americans dead from a preventable terrorist attack, with two open-ended wars bleeding the U.S. military, with tens of thousands of Iraqis and Afghans dead and many more grievously injured, with scandals over torture, with the federal surplus transformed into a huge deficit, and with the economy on increasingly shaky ground I would have proved beyond a doubt my initial observation about my unfitness for the office.

Thus, I would announce that I would not seek reelection. In that way, I would be spared my later decisions about how to respond to Hurricane Katrina, how to oversee the worsening violence in Iraq and Afghanistan, and how to regulate the Wall Street banks.