Even after the Emancipation Proclamation freed African-American slaves in the Confederacy on Jan. 1, 1863, racial bias was common even far from the rebellious South. Later that year, blacks fought to get access to horse-drawn streetcars in San Francisco, writes William Loren Katz.

April 17 is the 150th anniversary of a civil Rights milestone. During the Civil War, just months after San Francisco’s horse-powered street-car companies dispatched their street cars with orders to accept only white passengers African-American citizens began to directly challenge this discrimination.

On April 17, 1863, Charlotte Brown, a young African-American woman from a prominent family, boarded a street car and was forced off. Determined to assert her rights, Ms. Brown boarded street cars twice more during 1863 and twice more was ejected. Each time she began a legal suit against the company. 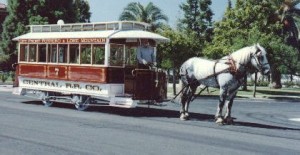 In May 1863, William Bowen, another African-American, was stopped from boarding a street car. He brought a civil suit and a criminal assault suit.

After several years of more direct efforts and legal challenges by the African-American women and men of the city, the campaign against street-car segregation was also successful.

William Loren Katz is the author of Black Women of the Old West and 40 other history books. His website is: williamlkatz.com